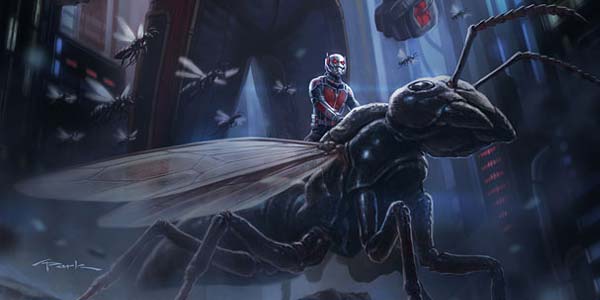 It’s not that it’s short. It’s, like, literally tiny.

2014 was an amazing, amazing year for Marvel Studios… They changed their game again with the release of The Winter Soldier, arguably the best super hero movie they’ve tackled so far, and they had even more success with the unproven yet wildly awesome Guardians of the Galaxy.  If two massive box office hits which were universally loved by pretty much everyone wasn’t enough, the studio also unveiled their movie lineup through 2019!

So how do you follow all that up for the new year?  Well, you drop a teaser for Ant-Man, one of this year’s two new Marvel movies.  That will actually happen Tuesday January 6th, during the first episode of Agent Carter on ABC… but in the meantime, Marvel is teasing the teaser, releasing an “Ant-Sized” version on YouTube.

If you get the motivation to troll this brilliant bit of trolling, know this– if the video gets blown up to normal size, it gets crazy pixelated.  But whatever– the normal version will be here in a matter of days, and this version is hilarious, at least for a Marvel die hard like me.  I love that this is the first thing we’re seeing from the studio in 2015. LOVE IT.