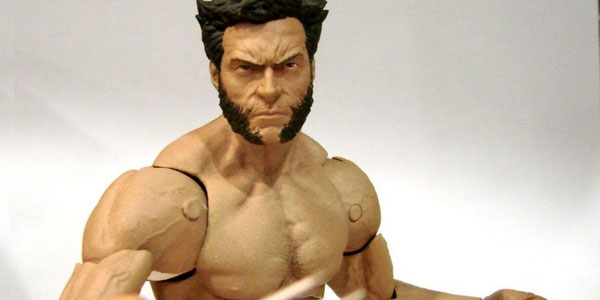 I don’t know quite what to think about The Wolverine just yet.  I still think Hugh Jackman makes for a decent (albeit far too tall) cinematic Logan, but with this movie borrowing heavily from the classic Chris Claremont/ Frank Miller miniseries (probably THE greatest Wolverine story)… it’s got some big shoes to fill.

I dig Logan’s look this time, at least, with an even more toned and sinewy Jackman looking downright vicious in both production shots and the new Diamond Select movie Wolverine figure.  This figure looks to feature a great sculpt, complete with three Jackman portraits of Logan in different states of anger (sort of annoyed, all the way to royally pissed), as well as three interchangeable sets of hands.  I’m loving this new customizable approach Marvel Select has been taking on figures like this and their recent Venom, and I’d love to see the trend continue.

The movie Logan should hit stores late Summer/ early Fall (not long after the movie), and with Hasbro focusing on mostly comic-style figures to support the new film, it’s nice to see a strong movie accurate representation of Logan coming, as well.  Here’s the official writeup on Marvel Select’s The Wolverine:

Based on the celebrated comic book arc, “The Wolverine” finds Logan, the eternal warrior and outsider, in Japan. There, samurai steel will clash with adamantium claw as Logan confronts a mysterious figure from his past in an epic battle that will leave him forever changed. This seven-inch action figure, due out this fall, depicts Wolverine in a look straight out of the film and features 16 points of articulation as well as interchangeable hands and heads, sculpted by Gentle Giant! The figure comes with a detailed display base in display-ready Select packaging, with the movie art on the shelf reference panel. Visit http://www.diamondselecttoys.com/ for more. 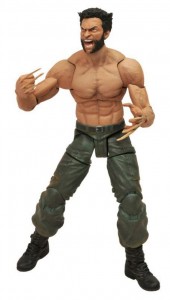 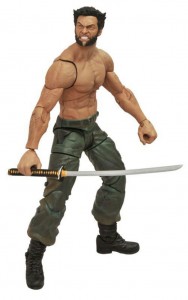 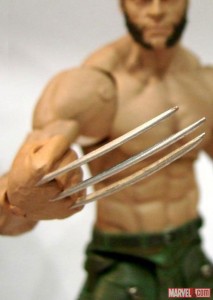 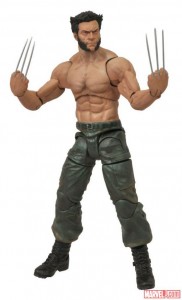 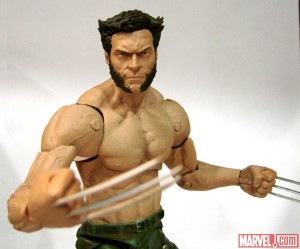