Marvel Studios has found its Cloak and Dagger! 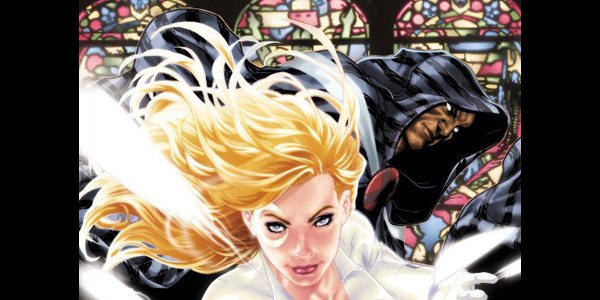 Marvel announced Monday that the titular roles for the Freeform series have been filled.

Information has been slow on the Freeform series that was first announced in April last year, but it seems that the Cloak & Dagger project has been moving forward steadily as Marvel made the announcement that Aubrey Joseph (Run All Night, The Night of) and Olivia Holt (Kickin’ It, Same Kind of Different as Me) will be playing the roles for Cloak and Dagger respectively in the upcoming YA series.  Marvel’s official site describes Cloak & Dagger as “a coming-of-age series based on the beloved Marvel characters.  Tandy Bown and Tyrone Johnson come from starkly different backgrounds, each growing up with a secret they never dared share with another soul.”

Cloak and Dagger were created by Bill Mantlo and Ed Hannigan for Spider-Man in 1982.  Due to their origins as both guinea pigs and orphans, their deeds and themes often focused on both drug and abuse and teenage runaways.  The characters have had a lot of different rewrites in the past thirty-five years which included their origin being explained under the mutant mythology that powers Marvel’s X-Men.  Considering the term “mutant” is part of Fox’ copyright to certain Marvel properties, it’s unlikely that the Freeform series will be going down this particular road.  The serious themes of the Cloak and Dagger comics have always been more controversial than mainstream television could usually allow, but considering the themes that Freeform series like Pretty Little Liars, Stitchers, and Shadowhunters have explored, it’s a safe bet that Cloak & Dagger will be able to keep up with the more adult oriented series on Netflix.  No word how, if at all this series will fit in to the extended MCU.  Joe Pokaski (Underground, Heroes) is already on board as the series Showrunner, with Jeph Loeb acting as Executive Producer, and Gina-Prince Bythewood (The Secret Life of Bees, Love & Basketball) directing the first episode.