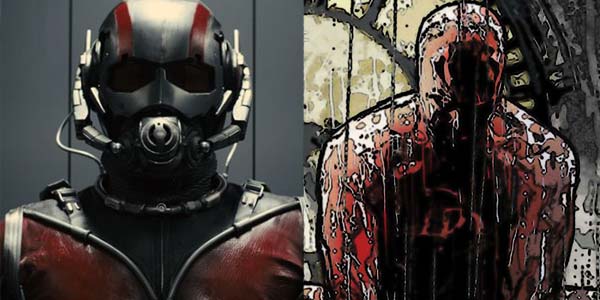 Are we seeing the beginning of the end for Marvel Studios?

It had to happen sometime.  Marvel Studios, a movie house which has done incredible things with their shared universe, strong talent on and behind the camera, and focus on expanding the boundaries of what a “comic book movie” can be, has finally made some moves which, frankly, seem like bad ones.

On Friday, news broke that Edgar Wright was leaving Ant-Man, a movie he has been developing since the Phase One days:

Marvel and Edgar Wright jointly announced today that the studio and director have parted ways on ANT-MAN due to differences in their vision of the film. The decision to move on is amicable and does not impact the release date on July 17, 2015. A new director will be announced shortly.

So that really sucks.

Wright is a great director, and he’s been championing this character for a long time.  I feel he was the perfect candidate to balance the inherent silliness of a guy who can shrink to the size of (and sometimes communicate with) insects, without making it campy.  That’s not going to be an easy trait to find in a new director.

Since Ant-Man is sticking to its July 2015 release date, I’m assuming Marvel will at least be keeping the script by Wright and Joe Cornish (since they need to start filming this thing, like, NOW)… but this feels like a major disappointment.

And not a day later, Drew Goddard– Joss Whedon’s pal and Netflix Daredevil showrunner– stepped down from the Netflix series, to focus on the (probably terrible) Sinister Six Spider-Man spinoff movie for Sony.  I was really hoping Goddard would be game to juggle both projects, but not only did he drop one… he dropped the more interesting one, by far.

This move at least comes with a plan– fellow Buffy/ Angel vet Steven S. DeKnight will be Daredevil’s new showrunner, while the series will use Goddard’s initial two episodes.  So there’s that, at least… DeKnight also served as showrunner to Spartacus, which I have heard from some folks was better than it looked like it would be.  So there’s that, too.

I don’t know.  Marvel Studios is running on enough goodwill that even terrible sounding decisions like these won’t turn me on them, yet… but I’d be lying if I said I wasn’t feeling much less enthusiastic about these two projects without unique voices and proven talents like Wright and Goddard leading them.  I’m sure the replacements will be fine… but this is the first time in a long time that the words “Marvel” and “cool” don’t sound very synonymous.