Marvel Universe Wave 21 Is Kind Of A Letdown 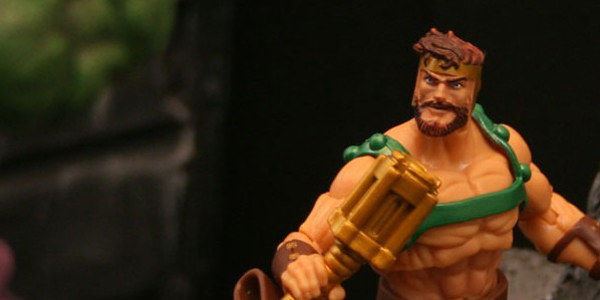 Horrible QC mars what should have been one of the best series yet of Hasbro’s Marvel Universe.

Quality Control is always the x-factor, when it comes to toy companies.  Prototypes can look fantastic, but if something gets lost in translation during production, or the materials used aren’t the right ones, mistakes happen that really take a toll on the final products.  Marvel Universe Wave 21 (formerly Wave 20) has been showcased with awesome prototypes for well over a year now, and the new assortment looked like a guaranteed win– we got five all-new figures, many using brand new parts or the best of the recycled bodies.  There’s something for everyone, with Alpha Flight’s Puck (and Snowbird), classic Defenders fans get a Nighthawk, X-fans get classic Angel, Hercules makes his 3.75″ debut as does Nova, in his modern, Annihilation look. 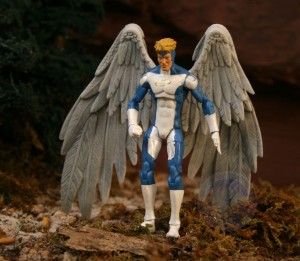 The sculpting on these figures is fantastic– as I said many feature all-new tooling… Herc and Puck are 100% new figures, the former featuring a amazing new “bulky” body type that’s packed with the same great articulation as the Jim Lee Cyclops body, along with a great new portrait of the Godly hero.  Puck captures the Canadian hero’s diminutive stature nicely, and while his small size limits his poseability, he still gets hinged ball shoulders, hips and ankles, as well as a ball joint neck and wrist and shin swivels.  This means Puck, not unlike the Astonishing Beast, can be posed in multiple acrobatic positions, even standing on one hand!

Angel is another nice design, utilizing the better, later Spider-Man body.  This changes him up, making him thinner than his fellow heroes, which works for the character.  The mutant features his white and blue costume, a new headsculpt and a gorgeously-sculpted pair of new, feathered wings.  Nighthawk makes his action figure debut and he looks great.  The night-bound hero uses the new standard base body, so he has plenty of posing options, and his new fists with claws, masked headsulpt and flared cape all look visually distinct and cool. 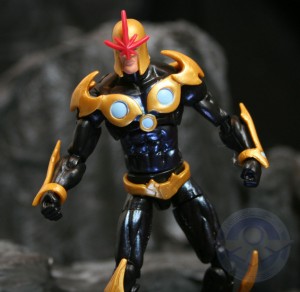 Nova is my favorite of the Wave, mostly because I love this character design so much.  The intergalactic hero once again sports the standard hero body, with a set of wonderfully realized overlays for his stylized gold armor. The arm and leg armor looks incredibly on-model, and can be positioned to fit perfectly. The chest piece is actually a single piece that plugs into Nova’s chest, giving the appearance of the three nacelles that make up the front of his outfit.  The new head, with Nova’s iconic gold and red helmet, is very well sculpted, and matches the hero’s on-page look perfectly.

So this wave should have been great new figures based on great characters, for the win.  Unfortunately the lousy quality control seen throughout these figures– worse than I’ve ever seen from Hasbro– is so bad it affects the overall experience of these toys.  I will say, especially since this Wave is just making its way out, it is possible I just got some bunk sets as a fluke.  But the sets I got had a LOT of major issues.  Nova and Puck fared best– both had good paint apps with no slop of fuzzy lines. I’ve seen a Nova with his chest armor not glued in properly, which looks weird from certain angles, but isn’t a total dealbreaker.

Nighthawk is good, except that the ones I’ve seen have a tendency to have a very loose ab joint, and this– combined with his hefty new cape– make standing and posing a challenge for him.  Hercules is a fantastic figure, but my like Wave 20’s Jubilee there are some warning signs to watch out for.  The big one is the wrists– the new hinge on the wrist swivel is made up of a very thin strip of plastic, and has a tendency to pop out or get stuck. Too much pressure would snap it like a toothpick, so be very careful when freeing up Herc’s wrists.  Angel gets a raw deal in the paint department, as his linear costume was applied sloppily on every version I’ve seen, with splatter and paint slop all over.  Oh, and watch out for his wings– My figure came with two right hand lower wings, leaving him off balance and asymmetrical.

I realize mistakes happen, especially when a toy line is being rushed to retail.  But I don’t see how that is possible with this Wave– these guys were slated to hit last Fall, only to get pushed way back… so far back that the following Wave hit almost two months before this one.  It seems like Hasbro had lots of time with this assortment, so the existence of these awful, debilitating QC issues seems all the more bizarre. I’m nervous that this lack of attention to the detail they typically excel at might mean a lack of emphasis on this line, now that Marvel Legends is back up and running.

With any luck, I just got a couple of particularly bad sets, and these flaws will not be widespread.  I really wanted to like these figures, as their designs are top notch and they feature so many fan must-have’s in the roster.  Figures like Hercules and Nova have already earned top spots on my display shelf, but the nagging feeling of how rough these figures are, how many little issues they have and how many more will be potentially troublesome down the line, makes me feel compromised in really endorsing this Wave.

If you want these guys right now, and you’re willing to roll the dice on QC, Click Here and pick up a set from our friends at Mike’s Comics ‘N Stuff.  He has the full set available now.  Otherwise, especially for those of you to whom perfect paint apps and other QC concerns are a big deal, you may want to wait until you can find a good-looking set at retail.  I’ll just warn you– you might be searching for a while… 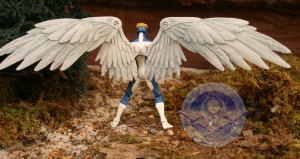 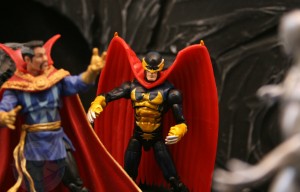 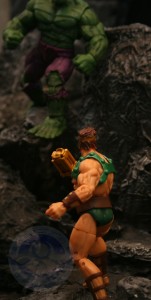 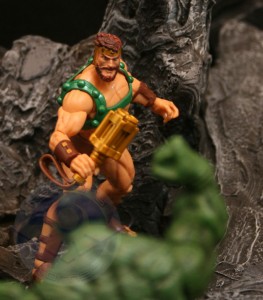 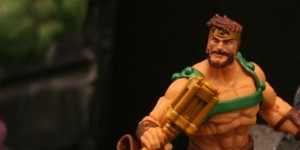 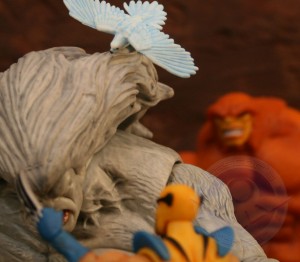 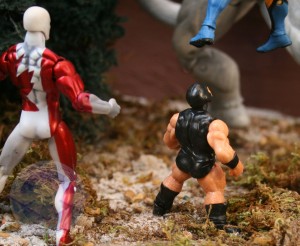 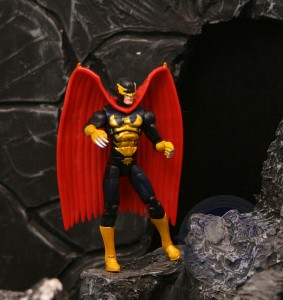 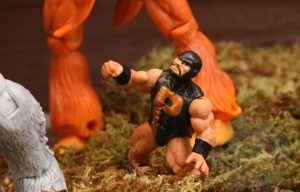 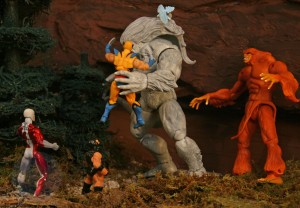 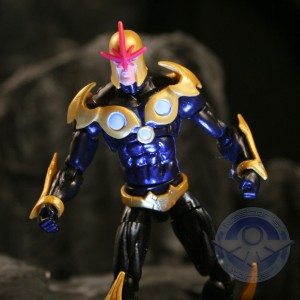 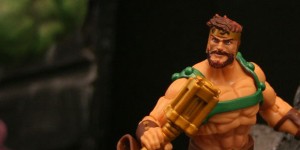