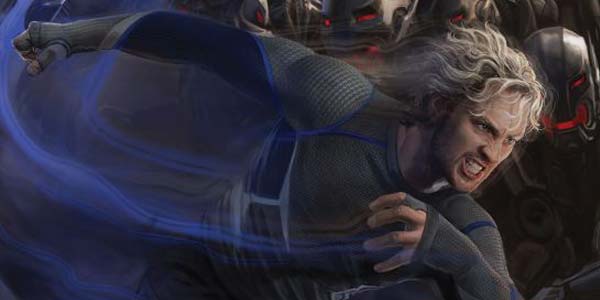 Marvel is continuing their rollout of Avengers: Age of Ultron character one sheets, with a rather stressed out looking Hawkeye, and the second offering a good look at Quicksilver, as The Vision hovers in the background.

Print versions of these posters are being given away at the Marvel booth at Comic Con today only, and they link up with the rest of the one sheets to form what’s shaping up to be a fairly badass mural (updated thanks to Travis’ catch that four of the posters stack on top of the others!): 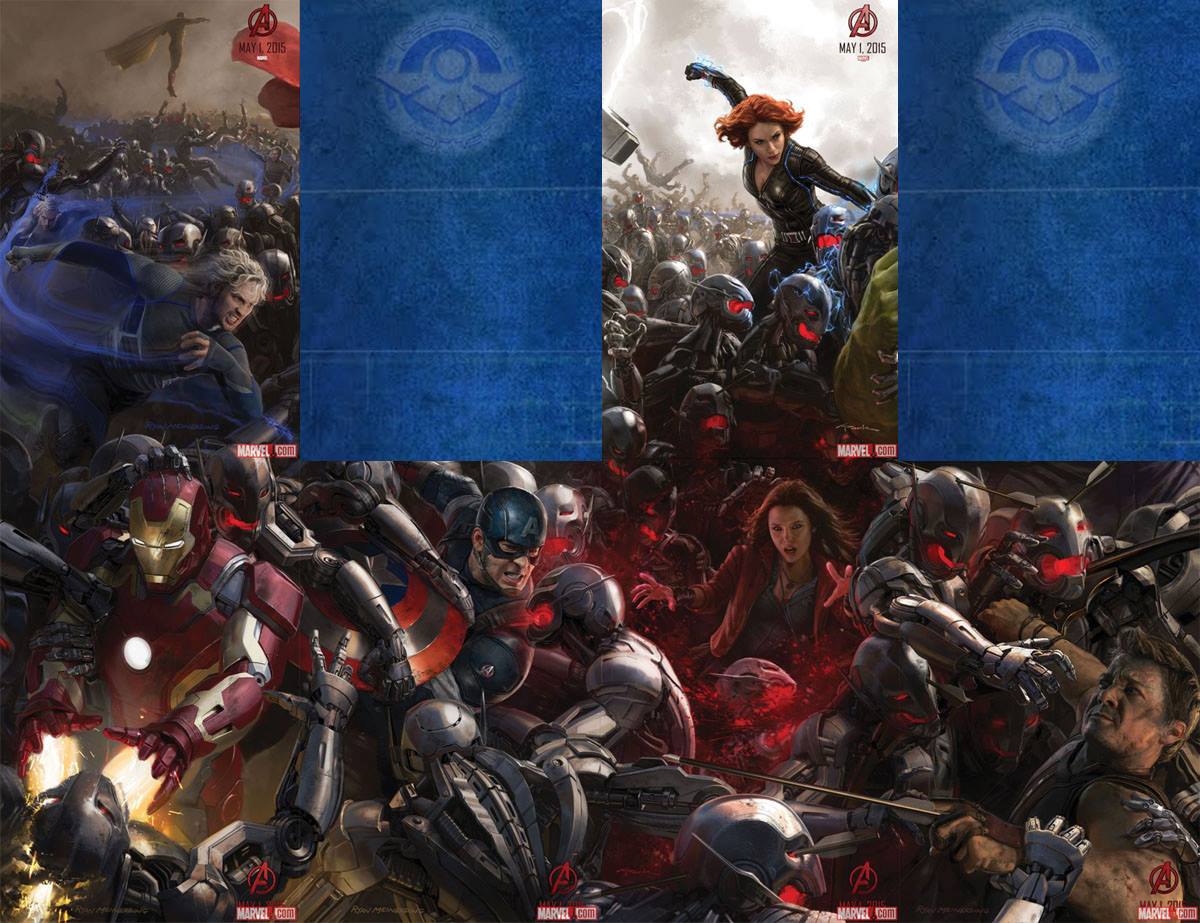 Man oh man would this look cool all framed up on the wall.

Marvel is certainly winning at Comic Con, at least from the armchair journalist perspective.  Here’s a better look at Quicksilver and Hawkeye’s posters: 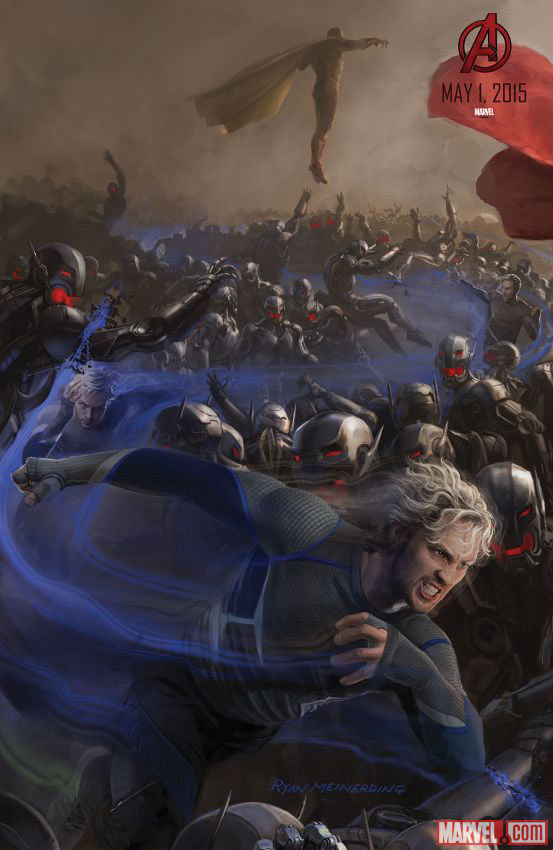 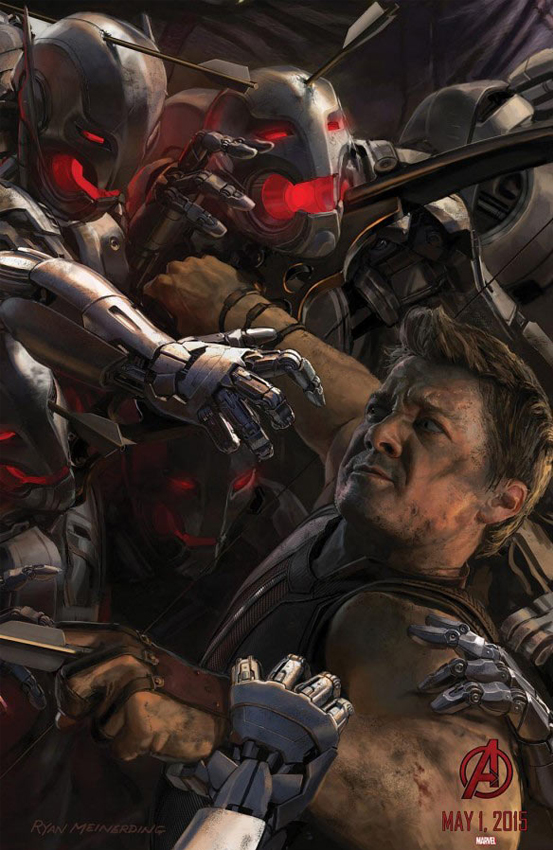