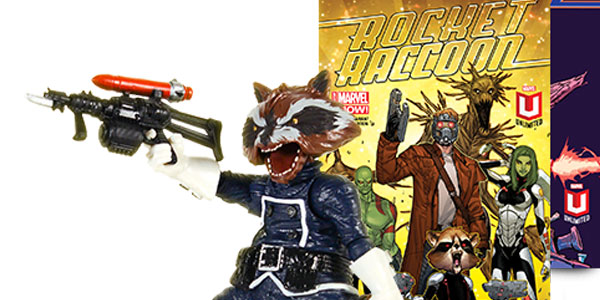 Rocket gets his classic blue and white uniform as the 2015 Marvel Unlimited Plus subscription figure.

Once again, Marvel Comics will offer an exclusive Hasbro action figure as part of their subscription incentive for the Marvel Unlimited Plus digital subscription.  The new figure is a comic style Rocket Raccoon, sharing a sculpt with the Marvel Legends Build-A-Figure, only in his old school blue and white Guardians uniform.

Don’t get me wrong– this Rocket is a good figure, perfectly in scale with the 6″ Marvel universe– but he seems like an underwhelming choice for the Marvel Unlimited sub.  We’ve sort of come to expect paint being the only major difference with these exclusives, sure, but based on what we heard at Comic Con, we’re essentially going to get this exact same figure– with a brand new headsculpt and new weapons– in the Guardians of the Galaxy box set which is in the works for 2015.

That being said, I’m more excited to re-up my subscription to Unlimited Plus itself.  It’s a fantastic service, one that has given me the opportunity to check out a lot of books I may have otherwise skipped (new titles are added to Unlimited after they reach 6 months in print)… and I’ve really been enjoying a return to the Silver Age of Marvel in the impressive back catalog within the digital archives.  Not only is it fun, but reading them with Unlimited takes up a hell of a lot less space than those (admittedly pretty cool) Essentials tomes from the 2000s.

So I’m okay with Rocket, mostly because I’ve become an Unlimited convert based on the program’s strength alone.  I do hope they expand the functionality of the app– it’s be great to download Marvel Unlimited on my Kindle– but for less than ten bucks a month for five digits’ worth of comics, I cannot think of many better values in the realm of geekdom.

Here’s a rundown of the 2015 Marvel Unlimited Plus package: 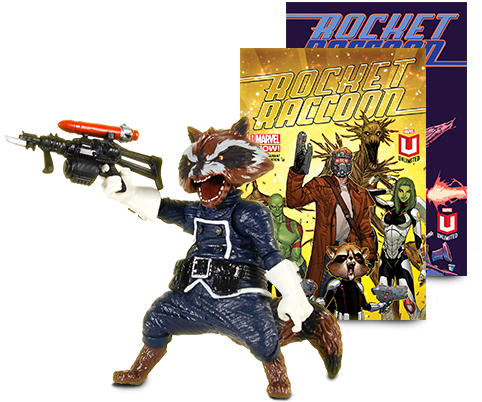