Is Marvel’s The Avengers Overrated? 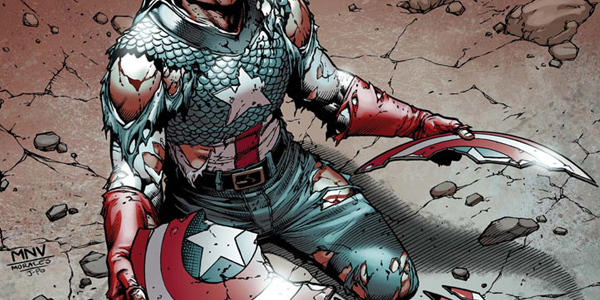 Everyone says the Marvel’s Avengers is the best hero film ever made, but I’m not sure that is true. Come with me and see if you agree.

Marvel’s The Avengers is a box office behemoth. It has broken several records, going on to be hailed as the best superhero movie ever. Perhaps in some ways it may be. Yet when we look at the film itself as a whole it becomes clear that this is a film that has been severely overrated due to its success. Let’s get into the reasons.

Marvel’s The Avengers entire plot revolves around big conveniences across the board. Loki’s initial plan is to land in the S.H.I.E.L.D base without any means of escape. Once he gets there, instead of choosing Nick Fury, head honcho, he chooses a scientist and an archer, making his escape more difficult.  More on that later….. Nick decides the best way to handle this godlike being is to send in Captain America and Black Widow. They are on their road to failure until Iron Man conveniently shows up. Then conveniently the “All Father” musters up massive amounts of dark energy to send Thor back right at the exact moment Loki is being transported so that he can be part of the Avengers.

Back at S.H.I.E.L.D. HQ ,Natasha Romanov ,who has a conversation with Loki, suddenly knows all his plans for being aboard the helicarrier, you know, because the plot says so. Next Banner, who is not able to control his transformation after an explosion occurs,  reappears down the road in the final battle apparently possessing the ability to control himself the entire time. Once again, Loki counts on an escape for his plan to go well. Luckily, Thor stops by to have a chat and let him out.  Then there is the biggest doozy of all when Selvig reveals that, even while under Loki’s control, he was coherent enough to create a failsafe -something he reveals when all hope to stop the invasion is lost… Very convenient for the plot. Oh really now? Why didn’t you alert S.H.I.E.L.D. to your location the entire time if you had some amount of control? I mean making a phone call is way less complicated than writing an entire failsafe into your program. Then of course we have our Star Wars moment where taking out the mother ship suddenly deactivates the entire Chitauri army. Convenient isn’t it?

The film is also filled with characters making several illogical decisions right from the start. You’d think that when Loki arrived the best candidate for possession would be Nick Fury since he’s the director of all operations at the base. With Fury at his beckon call, Loki’s plan would have had a better chance at success. But no, he decides to go with purple Robin Hood and Dr. Horrible instead. Also, after pointing out explicitly that Loki is up to something, they still take him to their base of operations aboard the Hellicarrier. Then we have the security council deciding to nuke New York City and kill innocent civilians when an aerial attack is happening. Although this nonsensical decision actually pays off, Nick Fury decides to leave the fate of the planet to four very unpredictable people. Not only that, they get absolutely no support from S.H.E.I.L.D. who, if Winter Soldier is something to go by, has man power that could have helped in the ground battle. They also have the only Helicarrier which could have given a little aerial support. Even the National Guard and NYPD do their part while S.H.I.E.L.D. decides to stay out of it.

The film also boasts the most non-consequential ending if ever there was one. New York has just been attacked by aliens, countless people have died and all we get is kids running around wearing Avengers paraphernalia and the victims (one girl in particular) turning into swooning Captain America groupies. A problem that I must admit, The Winter Soldier has addressed excellently so I guess the filmmakers did notice the mishap after a second viewing.

There is no denying that Marvel’s The Avengers is a pacesetter in comic book movie making and is the pioneer of the Cinematic Universe, as we have come to call it. It also is one of the most entertaining films ever made. But if you want a film that truly is the best comic book movie ever made, The Avengers is not it. Aside from the fun ride with explosions and seeing your favorite superheroes teaming up to take down the bad guys, this film, does nothing that we have not seen before. It is a very formulaic ride that has absolutely no consequences when the curtains are down and leaves the audience with nothing to ponder about when you leave the theater. It’s good… But it’s NOT the best.