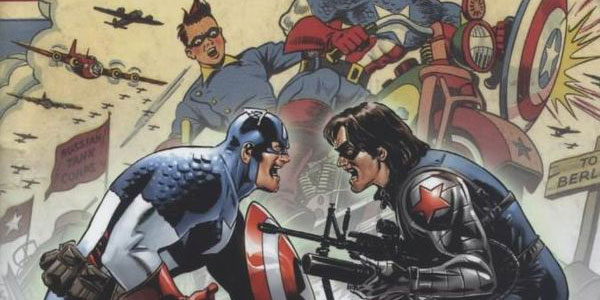 Not really breaking news, I guess, but more assurance that the Captain America sequel is moving in the right direction.

The sequel to Captain America will apparently be based largely on Ed Brubaker’s fantastic Winter Soldier arc, so it should come as no surprise that Marvel Studios’ Kevin Feige described the new movie as a “political thriller” when talking to Variety.

“There’s an opportunity to graft almost sub-genres onto them. Our first Captain America film was a World War II picture, and the next is a political thriller. They all have their own textures and patinas, and that’s what is exciting about it.”

This is good news for fans of Brubaker’s comics run, as his take on Cap certainly delved into the action-oriented side of political intrigue… it was 24 with spandex, and as soon as I read his first Cap story all I could think was what a great movie it would make.

The thing that makes me even more excited about Feige’s statement, though, is his understanding that the Marvel films can branch out into new genres, as a way to stay fresh.  The super hero mold, for better or worse, is likely a fad, and the bubble will break at some point.  But by wisely planting roots in other, non-super hero genres (hard sci-fi for Guardians of the Galaxy, fantasy/ horror for Dr. Strange, and 24-esque suspense for Cap) Marvel is setting themselves up to stay in this game for the long haul.  It’s a very smart strategy, and more importantly each decision feels totally honest to the characters.