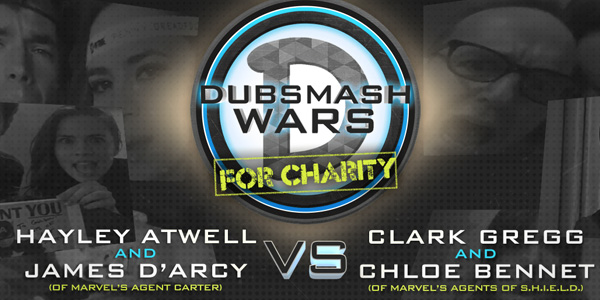 A lot of news and fun tidbits came out of SDCC, but one of the best has to been the Dubsmash war between the casts of Agents of S.H.I.E.L.D. and Agent Carter. What started as a little fun has turned into a full scale rivalry between the two casts. It happened right before our interviews with the two casts and continued through Comic Con weekend, with a back and forth on Instagram between Attwell and Gregg. From Clark in drag to Patton Oswald doing Miley Cyrus the S.H.I.E.L.D. cast has been the most creative, but the Carter cast is getting the big names. Stan Lee, Chris Evens, and even Miss Piggy have appear in the Attwell vids.

Honestly the fans win with all this back and forth, and now the two casts are doing the videos for charity. There is one more set of videos coming up and you have the chance to vote and donate to the charities.