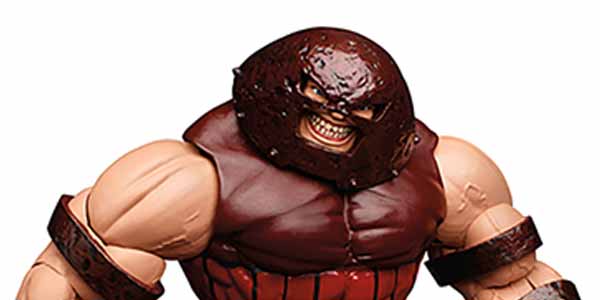 It’s been a great past 48 hours for anyone into Hasbro’s Marvel Legends.  First, Hasbro Pulse followed up on last week’s reveal of the X-Men Legends Wolverine with a look at the completed Build-A-Figure from the upcoming wave… the Juggernaut!  Yes, the Legends Series 6 Juggernaut remains a really nice toy… and yes, the Marvel Select version of the character fits in quite nicely with the modern Legends collection… but none of this takes away from the quality of Hasbro’s all new figure.  Juggernaut looks great, and this BAF edition should make for the perfect solution for anyone who jumped on board the Legends train in the years after the release of the Toy Biz figure. 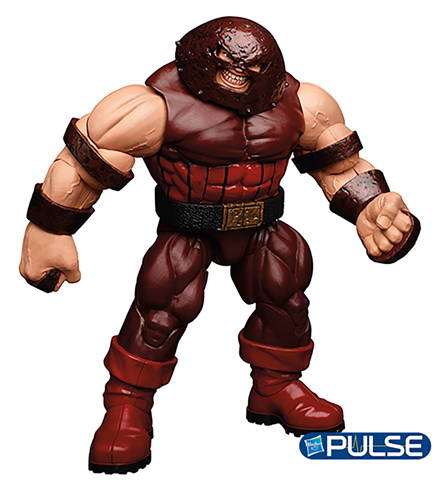 But that’s not all!  A day after Hasbro Pulse’s reveal, Dorkside Toys went live with preorders for the X-Men Legends, as well as the next assortments of Spider-Man and Captain America Legends.  These solicits seem to confirm the lineups for all three series of figures, and offer the most firm release dates we’ve seen until now.  While it’s important to bear in mind that none of this information has been announced by Hasbro proper, Dorkside has proven themselves as a very reliable retailer, and I trust that if they’re going live with this information, it’s legit.

“Slinging Heroines” is a slot which will include both Silk and Ashley Barton (affectionately referred to by the oh-so-classy moniker ‘Spider-Bitch.’ ugh)… “Evil Adversaries” will feature both Hobgoblin and Electro, both looking pretty darn classic.

“Energized Emissaries” will include Captain Britain and, according to Dorkside, Crossbones. This is one big change from earlier rumors that Wonder Man would share this slot… could he possibly be getting pushed to 2017 to be included in the next Guardians of the Galaxy Legends?

There’s lots to love for comic fans new and old alike in these lineups, and even a few new move figures to keep weirdos like me happy.  Keep in mind we will also see a slew of retailer exclusives this year, plus the Doctor Strange Legends, and maybe even a second wave of X-Men before the end of the year.  That’s a whole lot of Legends to love!