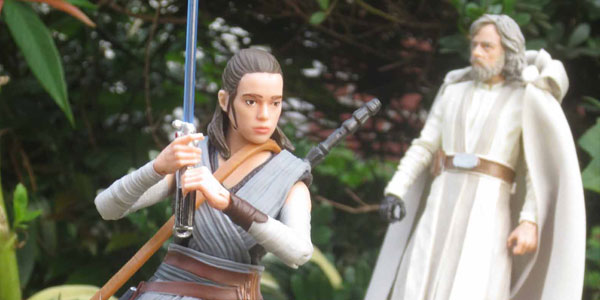 Hasbro offers a tease for The Last Jedi with all new Black Series Luke and Rey action figures exclusive to Comic Con.

In what’s becoming a grand Comic Con tradition, Hasbro once again offered “preview” figures based on this winter’s new Star Wars movie. But while the First Order Stormtrooper and Rogue One’s Jyn Erso were offered as single pack figures at both SDCC and later at mass retail, the 2017 preview delivered two characters– Luke and Rey.

This is the eagerly anticipated Episode VII Luke, complete with his cool white and tan robes, bare robotic hand, and grizzled beard… while Rey is depicted in her Episode VIII Jedi training gear.  Both figures are packed in standard sized Black Series window boxes, which are assembled as a gatefold with a stylish plastic slipcase. From what we’ve seen, this all-black packaging will become the new standard for The Black Series starting with the new releases on Force Friday next month. 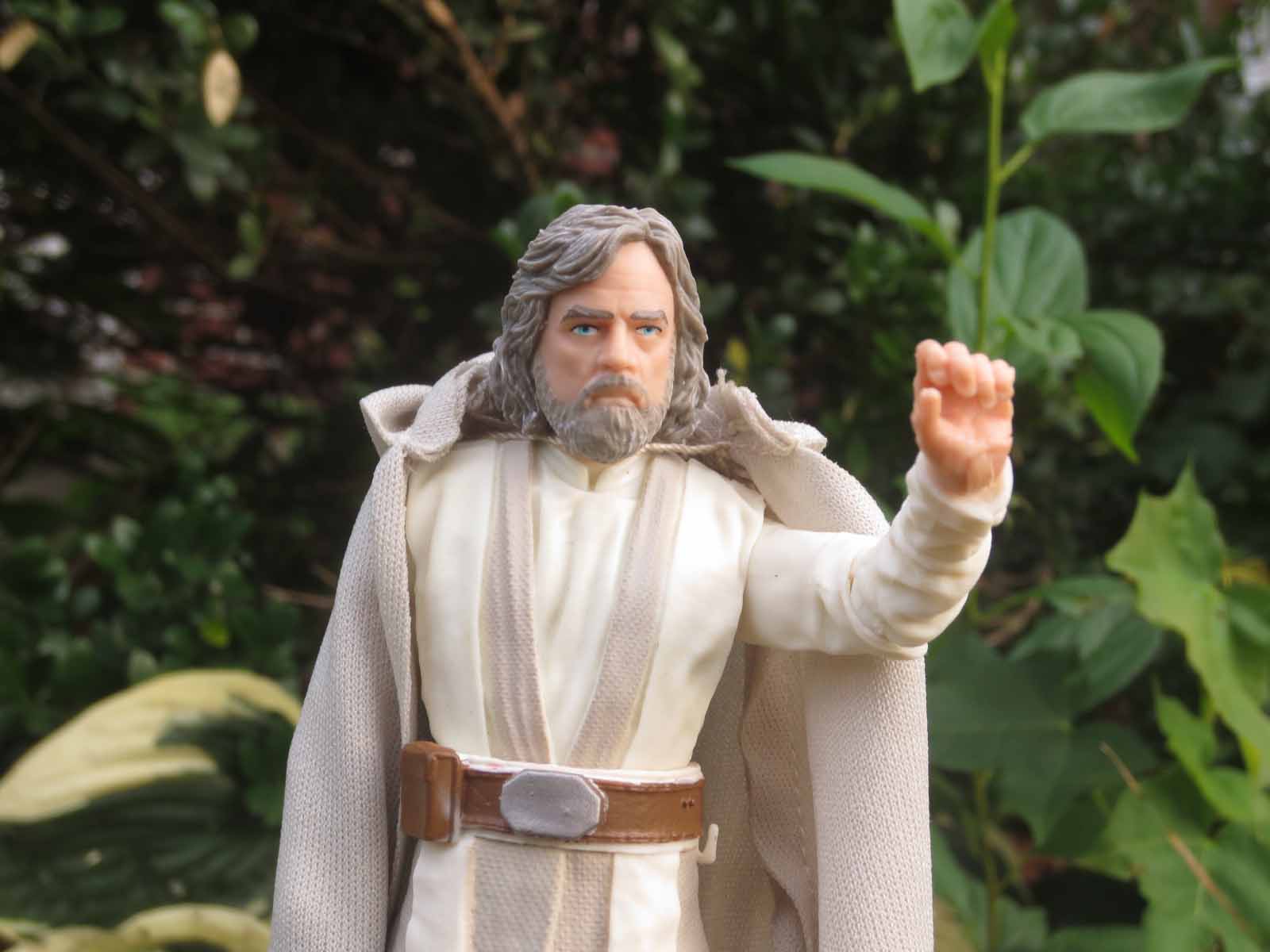 But you’re not here to read about packaging (I’d assume)… so let’s get to the figures.  Luke is really great, with an excellent portrait of the older, more haggard Mark Hamill seen briefly in the final moments of The Force Awakens. He’s every bit as good as the elder Han Solo previously released in The Black Series, and he’s perfectly in scale with both that figure and other current Black Series releases.

Luke might lack accessories (despite a rather conspicuous light saber hook still on his belt), but he makes up for it thanks to his gorgeous all new sculpt, which details his slightly updated traditional Jedi robes and adds enough texture to avoid the basically monochromatic figure from coming across as boring.  Instead of a robe, Luke wears a hooded cape which rests on his shoulders and can be fastened in place with a string that wraps around the Jedi master’s neck.  It’s a nice bit of fabric, which drapes well and rests either in front of or behind Luke’s arms.

Is this Luke also accurate to The Last Jedi? That’s not entirely clear yet… but the exclusive all-new Rey surely is. Her Jedi training gear is a nice spin on her Jakku scavenger robes, now replacing the undershirt with some funky chainmail, and additional flourishes like traditional Jedi style booths that mesh well with her wrapped arms and a belt, complete with holster for the blaster given to her by Han last movie. 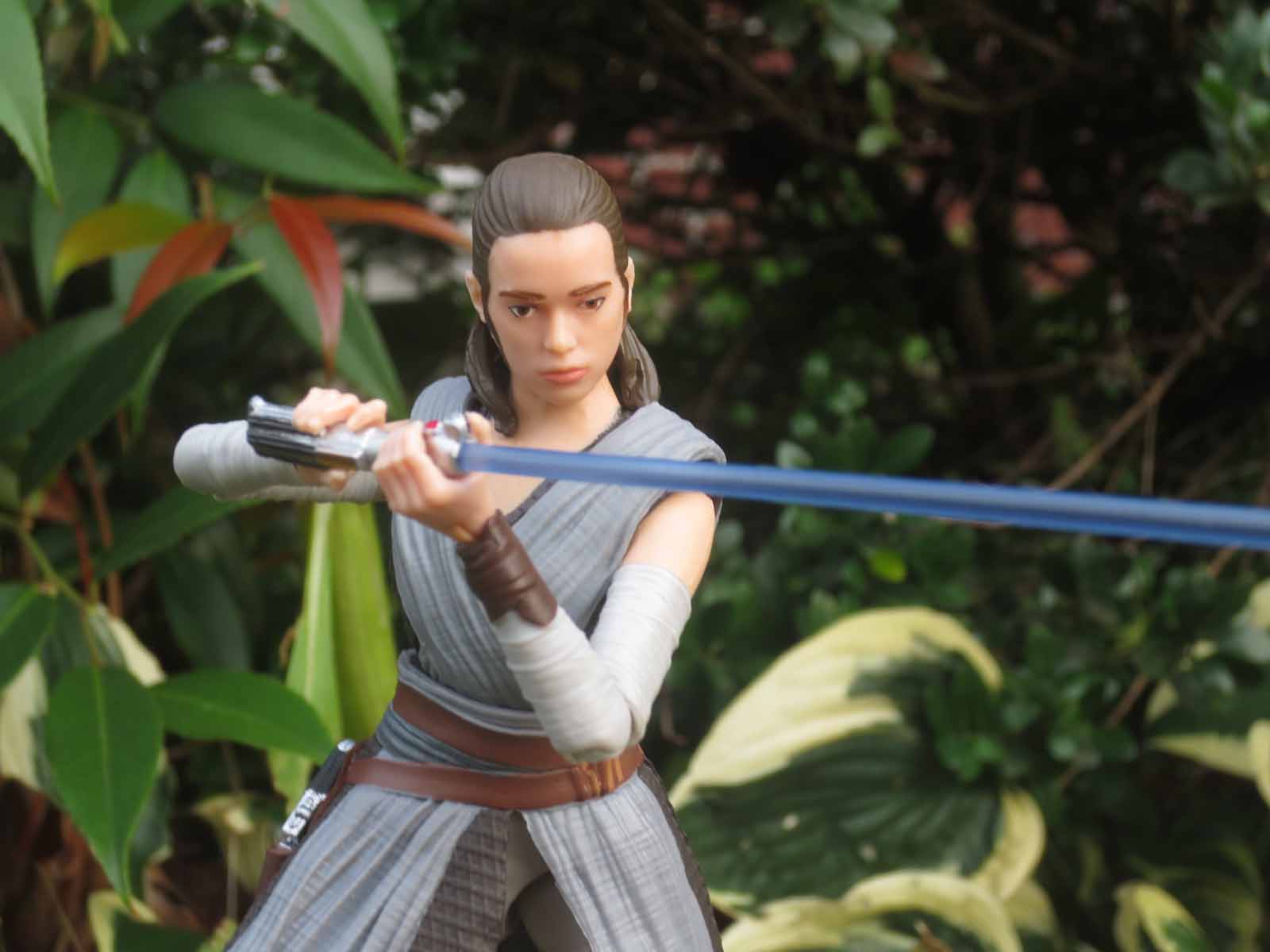 The best part of this new Rey is her updated headsculpt, which bears a vastly improved likeness of Daisy Ridley, despite a very flat and lifeless expression. While not as striking as the upcoming Jedi pilgrimage Rey– with her scanned face similar to the modern Marvel Legends– this portrait is still quite nice, and it’s very easy to identify who this is as soon as you see the figure.  Rey sports a great range of motion, which allows her to hit any number of great action poses, with her blaster, staff, or– of course– her lightsaber.

Will we see both these figures hit retailers on Force Friday? I wouldn’t be surprised… but regardless of when (or if) they do surface again, both are worthy additions to Hasbro’s flagship series of Star Wars toys. 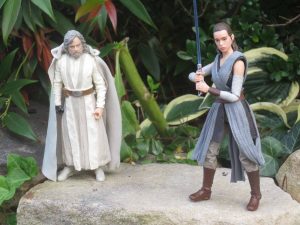 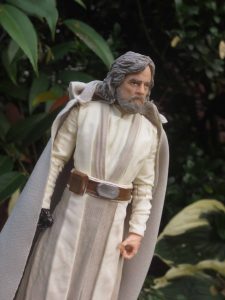 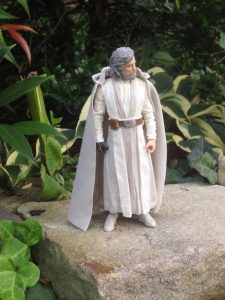 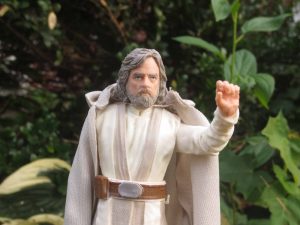 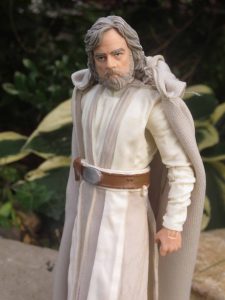 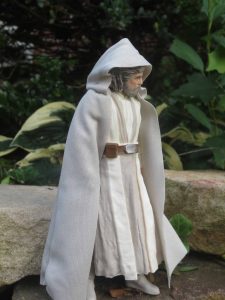 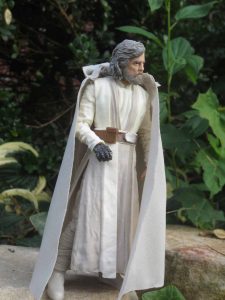 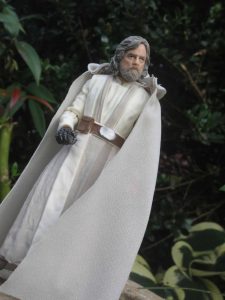 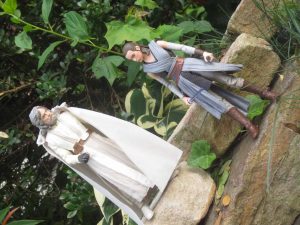 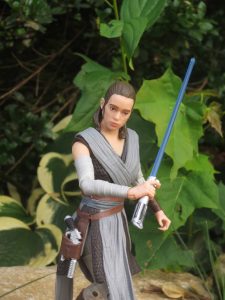 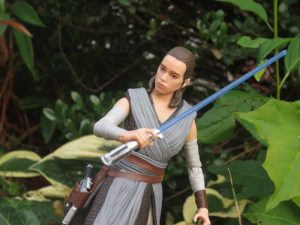 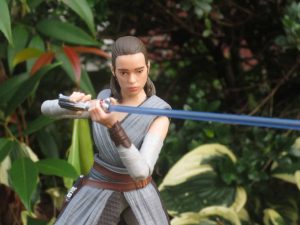 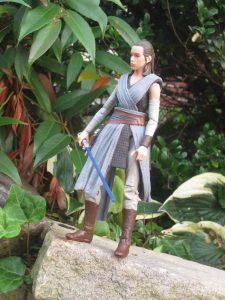 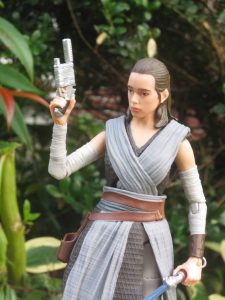 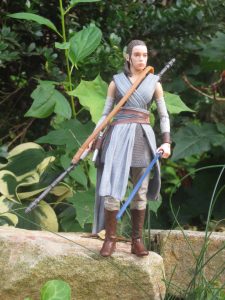 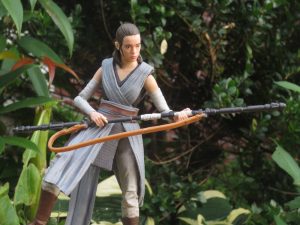 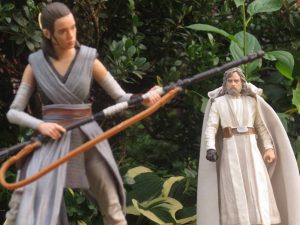 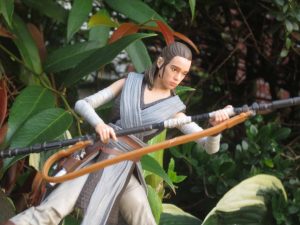 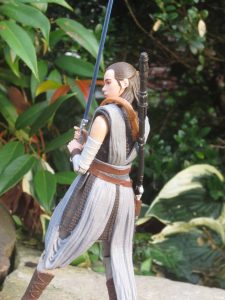 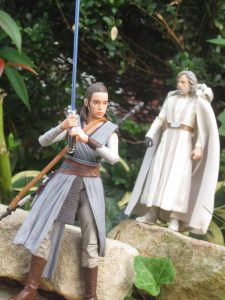