Masters of the Universe Classics To Return in 2015 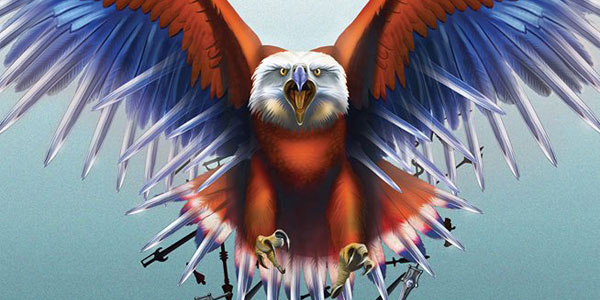 After a bit of touch-and-go drama over low subscriptions, Mattel has finally reached the minimum goal to green light the 2015 Masters of the Universe Classics series.  Being touted as the final year, Mattel has promised to round out the collection to a point where it feels complete.  That’s great news!

Granted, I’m not a MOTU die hard, so I’m not sure how the truly devoted fans will feel about the “complete” collection missing at least some vintage beasts (it’s obvious at this point, Mattel can’t release Stridor, Night Stalker, Sagitar and the Powers of Grayskull dinosaurs all in one year).  But that’s for the He-Fans to debate amongst themselves until the .org moderators ban them or whatever.

As far as I’m concerned, I’ll take the 2015 collection as a win– we’re likely to see those last few vintage figures get a well-deserved update, such as Sssqueeze, Dragstor, Multi-Bot and hopefully Saurod from the movie.  And the unnecessary bullshit figures should be comparably limited to the wasted spaces like the Lizard Man and Entrapta in the early part of the year, so with luck the final 6 months of the series will truly be the victory lap Matty Collector has been promising– all killer and no filler.

Here’s word straight from “Toy Guru” Scott Neitlich about the success of the 2015 subscription:

MOTU fans are literally the greatest on the planet! We reached 100.09% and the 2015 sub is a GO! This is EVERYTHING! This means we just unlocked and completed the vintage line in modern collecting scale and I don’t think any other toy line ever has done this!

And how did we do this? You, the fans! You made this happen! Through never-ending support, fan videos, contests, and a simply unparalleled level of support from the He-Fan and She-Raver community, we are going to be able to release every figure from the vintage MOTU line, including variants (1982-1988), every original POP vintage figure (1984-1987) and all of the A-list New Adventures, mini comic, Filmation and 200X figures (as well as a few surprises!).

It also means we can complete the bios and mini-comics by releasing all three parts of the “Fall of Eternia” storyline, with issue 6 exclusive to the sub-only Oo-Lar figure and issues 7 and 8  both coming with the $60 holiday item(included in the sub but also with All Access availability).

This isn’t just getting another year of toys, this is literally completing 7 1/2 years of releases, from King Grayskull at SDCC 2008 through the final figure in December 2015. We even got an amazing 6″ scale Castle Grayskull, vehicles, beasts, prototype/concept figures, a huge red dragon and what is literally the greatest variety of MOTU figures ever release in any toy line! Wow!

I could not be more proud and honored to have the opportunity to work on a line like this. At this point, no idea yet on anything past 2015 (that will take some time to review) but for now we can all celebrate the fact that 2015 is for sure is going forward and by December 2015 we can all look at our toy shelves and feel like they truly hold a complete collection.

Special thanks to all of the fan sites, including He-Man.org, Action Figure Insider, Pixel-Dan, The Great Rebellion, Masters Toys and all the rest for their never-ending support. And huge thanks to the Four Horsemen for really coming out to post and podcast, right up to the zero hour. I am just thrilled to be part of such a group of dedicated toy fans. We deserve this and have a whole year now to rest and enjoy monthly shipments of our favorite 6″ toy line.

Congrats to all and again, thank you to the fans. This toy line is for you and would absolutely not exist without your unwavering support. If there ever was a year to support, it was this one and 2015, as promised, will complete our collections. I, for one, cannot wait to look at every release and treasure them for decades to come.

We did it!! You did it! Everyone did it! What a great journey!