Masters of the Universe Gets a ‘Kick-Ass’ Writer 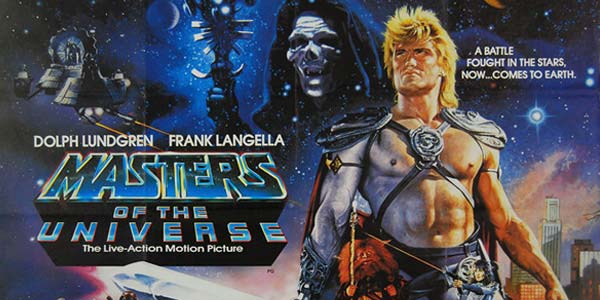 The road to getting Masters of the Universe back to the big screen has been pretty rocky and very long.  Over a decade ago, John Woo was going to make this happen, and more recently GI Joe Retaliation‘s John Chu tried to make it off a script by Lone Ranger scribe Terry Rossio.

Now there’s been another development, with Kick-Ass 2 director Jeff Wadlow being hired to write a new draft of the long-in-development script.  I typically won’t write off any creative type for one bad project, but Kick-Ass 2 was so bad, I’m close to that with Wadlow.  His name attached to this doesn’t exactly leave me enthusiastic, but then again, neither does the project itself.

Virtually all the 80s toy movies have been adapted terribly, and I can’t see Mattel having any really great ideas behind revamping Masters for the big screen, either.  I can’t really think of where they would draw inspiration from. The story cultivated by Scott Neitlich in character bios on the Classics toy line, while interesting, seems way too convoluted and mythology-heavy for a big budget movie adaptation.  The Dolph Lundgren movie from the 80s was a cheesy fun time, but it didn’t do much to prove that He-Man’s mythos can work as a feature film… though at the same time it was way more fun to watch than any of Michael Bay’s Transformers movies.

I’d guess– based on other nostalgia driven property reboots– that the new Masters will look and feel very little like the one we grew up with.  One one hand, that’s good, because it can make it easier to divorce the new version entirely when/ if it sucks (see: Transformers).  On the other hand, it means a whole new generation of fans will grow up knowing the crappy version instead of the good one (again, see: Transformers).

What do you think? Am I being too pessimistic about this project already?