Scott Neitlich may be getting ready for his big-time TV appearance on tonight’s episode of Toy Hunter, but that doesn’t mean he’s too much of a big deal to answer some all-new Mattel questions!  This time, we get some insight into the recently revealed Comic Con exclusives and lots more… get all the latest answers here!

Kastor’s Korner: Given the amount of new tooling Stonedar and Rokkon had for their rock pieces and armor, would Granita be a $30 figure assuming she would be approached similarly?

Mattel: Anything is possible. We simply do not have a Granita fig planned  right now. But if we were to do her with full rock armor like Stonedar she wouldn’t be able to be a basic fig. The rock armor is too much plastic. So a deluxe fig or hypothetical con items would be ideal if we were to execute her in the same way.

Kastor’s Korner: Why did Octavia’s tights as shown at Power Con change to a skirt as seen in Toy Fair? Will she have tights or a skirt on the final toy?

Mattel: The version shown at NYTF was final.

Kastor’s Korner: One reason stated that alternate heads are expensive is because of all the deco required for the skin and eyes, etc. If it’s deco, thinking about it, Buzz Off and Snout Spout are a couple of characters that wouldn’t need more than three or four colors. Would they be good candidates for a head pack-in, given it was a big part of Strobo’s success?

Mattel: It is not the number of colors. Every single deco hit is a cost. So for example, someone like Rattlor was very expensive as every single scale on his legs and arms was one deco hit. And that adds up.

Kastor’s Korner: A Comic Con exclusive seemed like the perfect avenue to release Movie Masters based on Man of Steel’s civilian figures such as Clark Kent or Lois Lane. Are these less retail-friendly characters still being considered through a different store/ outlet or will we only see the Kryptonians in this toy line?

Mattel: For now our lips are sealed on any additional details regarding the SDCC item.  So you’ll have to wait and see!  In terms of product at retail, it has begun hitting shelves, so check it out for yourself!

Kastor’s Korner: SDCC Shazam is being branded under the Infinite Earths/ Siganture Collection banner, despite his status as a New 52 figure which so far have been exclusive to the DC Unlimited retail line. Is this simply to cross promote/ increase awareness for Club Infinite Earths, or is this the first step in the two brands merging into one single collection?

Mattel: The former. Just a way of making a figure special for SDCC. We will not be combining both programs. They are independent. 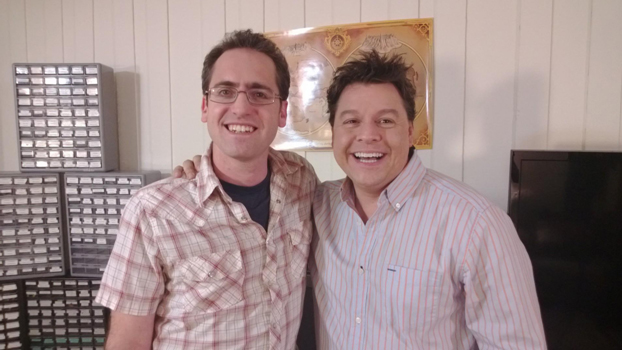 Tune in to Toy Hunter tonight at 9pm on the Travel Channel to check out Scott’s special guest appearance!