Mattel Is Bringing Batman vs Superman’s Fight to Comic Con 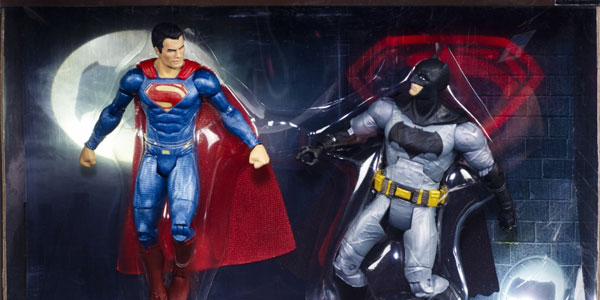 The debut toys from the DC team-up movie will be available at Comic Con.

Well, this is kind of a surprise– Mattel made an eleventh hour announcement that they will be bringing three more exclusives to Comic Con next week, based on the upcoming Batman vs. Superman: Dawn of Justice.  The lineup includes a two-pack of 6″ figures based on Henry Cavill’s Superman and Ben Affleck’s Batman, a Gail Gadot Wonder Woman Barbie doll, and a Batmobile Hot Wheels car.

I do like that Wonder Woman eschews Barbie’s typically passive hand sculpts so we can actually hold her Amazonian weapons, but it does seem weird to me that Mattel and DC are assigning their premiere female super hero into the gender-typical Barbie format, different from the 6″ action figures that Batman and Superman get.  We’ve been promised a major presence for Wonder Woman in BvS‘ merchandising, which I hope is true… but I also hope it’s integrated, instead of relegating her exclusively to “girls-only” stuff.  I’ll give Mattel the benefit of the doubt until we know more, but the Barbie doll debut seems a little troubling.

This reveal also gives us our first look at Mattel’s new 6″ figure design with the all new Batman (Superman seems to borrow heavily from the Man of Steel Movie Masters tooling).  Batman looks… kind of weird?  These seem to be fairly unflattering product shots, so it’s quite possible Affleck’s figure will be vastly better looking in person… but yea, something seems a little off about the overall sculpt to me.  What I do like a lot is how distinct the two heroes look– there’s a stockiness to Batman that offsets him from the leaner Kal El, and this creates some aesthetic diversity between these barrel chested do-gooders.  And from the look of things, Mattel is not skimping on the articulation for these figures, as Batman seems to have an ample number of moving pieces.

Between this and Star Wars: The Force Awakens, we’re seeing two of the biggest upcoming IPs offering preview edition exclusives at Comic Con.  I actually like this option way, way better than the straight-up, never to be available again SDCC exclusives.  The opportunity to get a toy months ahead of retail would still make going to the convention appealing, and wouldn’t leave those of us staying behind bummed out over missing something we’ll never have the chance to buy again.  I hope to see this trend continue in the future, especially for companies like Mattel and Hasbro, who are too big to offer any functional non-attendee alternatives for their Con exclusives. 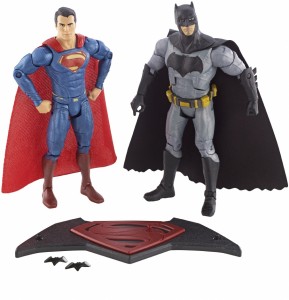 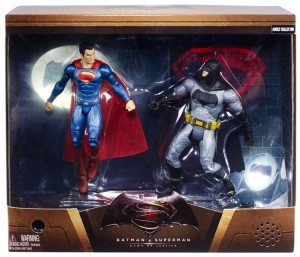 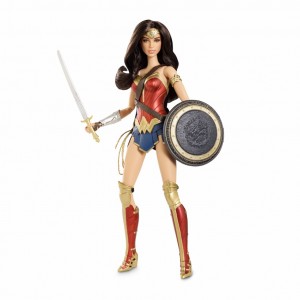 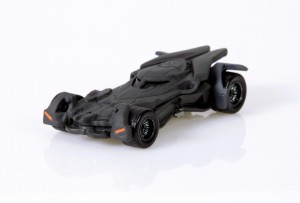