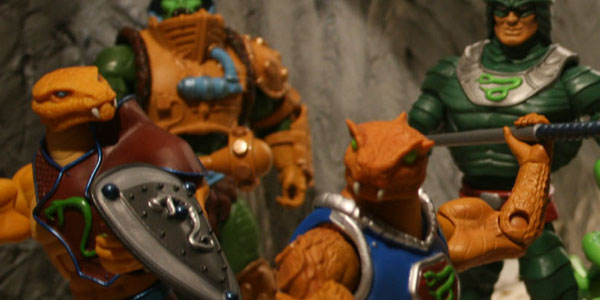 Like the rest of the September offerings for Masters of the Universe Classics, there are pluses and minuses to be had with the Snake Men two-pack, but the good outweighs the bad, regardless of the toy’s sinister allegiances.

The Snake Men two-pack is comprised of two different warriors, including two bodies (yellow and tan), two sets of armor, four weapons, and four unique heads. Each head not only has an opened or closed mouth, but the eye colors also vary.  Unfortunately, the two bodies are two different colors, and the heads are colored such that only two heads color-match one body. This is good for creating a more colorfully diverse army, but the negative is the inherent interchangeability of parts is diminished, unlike the Eternian Palace guards released previously. 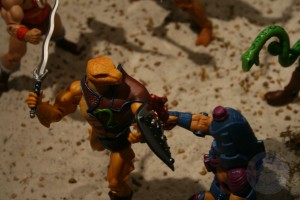 What does work for these figures is that they both employ similar colors– dark blue, brown, and gun-metal silver, so the body armors can be swapped out between bodies. The yellow bodies use a slightly wider open left hand, so unfortunately it limits hand weapons to right-hand wielding only, but this arm is fine for the shield, which  can thankfully snap on. One of the bodies is pretty much a re-purposed Rattlor, so it was a perfect way to get that tooling out of the way for October’s release of the Snake Men general. The interchangeability makes for eight unique warriors, and I couldn’t be happier with my new army! Some folks are disappointed that these minions aren’t as visually distinct as the other Snake Men, but I prefer the troops to not overshadow my main characters, so that is actually a plus for me. 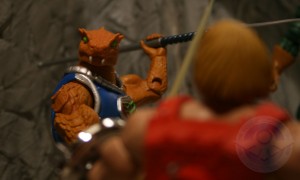 This September swings things back in a good direction for Masters. When they put their minds to it, Mattel has proven they can crank out some very special pieces, and September became a very strong month. This was just the shot in the arm needed to keep interest and hope in a line where sub numbers are on the decline. Mattel needs to stay this consistent in the design and QC necessary to bring the jaded fans back into the fold. September saw a very special set of toys, thankfully unaffected by scraping paint, stuck joints, or paint-chipping weapons… This month was all about options, and all at a reasonable cost!  Kudos to Mattel for a great end to the quarter. 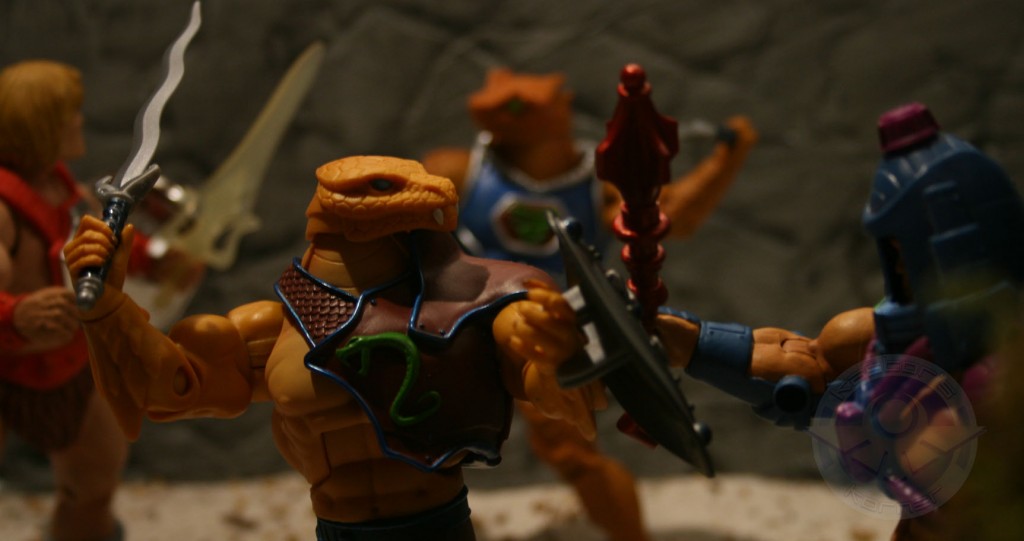 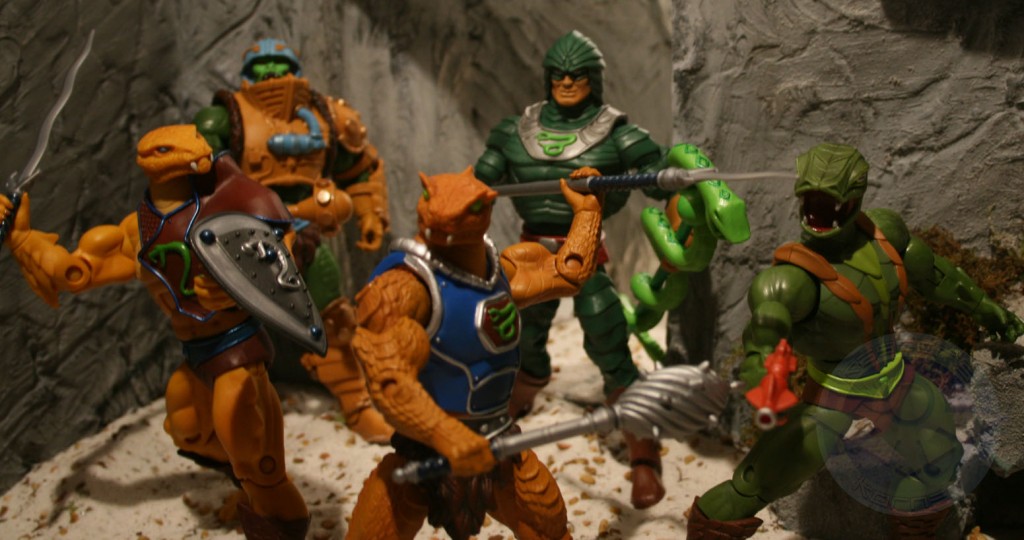