Collectors Call Off the “Hunt”… The Huntress Is Here 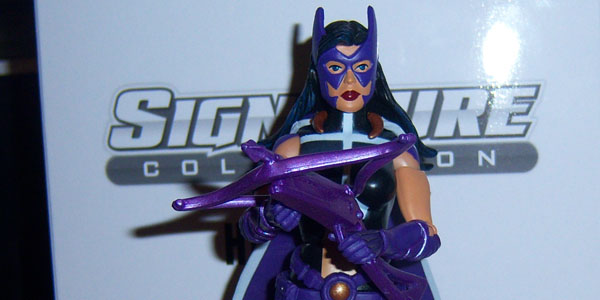 It is not a secret that when Mattel announced the Huntress was coming in the subscription at SDCC the fans were pumped!

This particular version of Huntress is pre New 52 as the bio on the back of the box states. Helena Bertinelli was raised in a crime family and after witnessing her family killed by a rival mob she took matters into her own hands. Even though Batman does not condone her actions, as she is known to be a tad too righteous and unpredictable, he has embraced her as part of the Bat-Family. Those who currently follow the Earth 2 book that is in publication by DC Comics know a different origin to Helena. 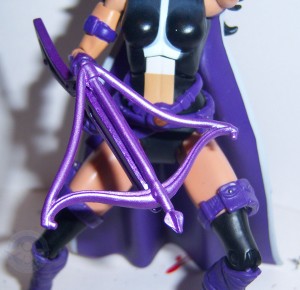 Upon opening the white mailer box you see that Huntress is packed with her signature crossbow. Normally I give an age warning for these items but this one is on the big side and shows no apparent choking hazard. The cross bow does not rest easily in her hands either; it needs to be posed with a dual grip for her to hold it. This version of Huntress has the articulation that everyone wanted due to the fact the only other version we have is the one from the DCD Hush line that was VERY limited in articulation. Mattel gave us ankle movement, knee, mid-thigh, abs, elbow, shoulder, and head articulation that give fans a chance to pose Huntress in some pretty dynamic action poses.

Paint on this figure was great on the whole body as there were no smudges or over flow. The only part of the paint app that disappointed was the head. We all know figures change from the prototype stages all the way to final product. It seems that they made a change to the mask that made the face look squished and due to the mask taking up so much space the eyes and lips lost their detail that the prototype had at SDCC.

Huntress is a personal favorite to many, and Mattel did right by adding her into the subscription. I know they had issues with accessories being included due to the money factor, but they could have included a Bo-staff along with the cross bow and that besides the head paint application are the only gripes about this figure. Let’s score this one an 8/10 and give Mattel a kudos for adding this gem to our shelves. 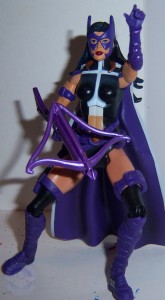 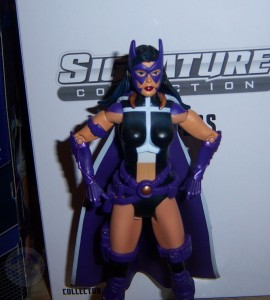 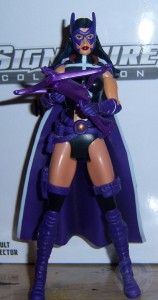 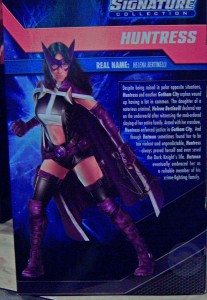 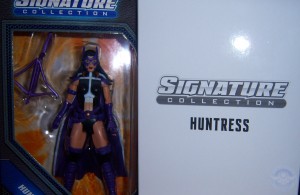