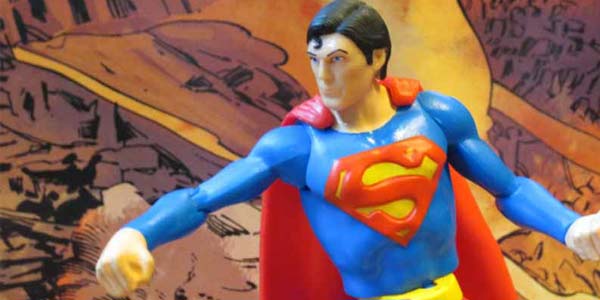 The last movie themed figure in Mattel’s latest line of DC Multiverse toys is one we’ve been hoping to see for quite some time– Christopher Reeve’s Superman.  While he might not be perfect, I’m really happy to report this guy was worth the wait.

The sculpt on this figure is all new, and quite good– the proportions are well balanced without getting too exaggerated, giving this version of the last Son of Krypton a relatively realistic look overall.  The Reeve portrait isn’t quite spot-on, but he’s still easily identifiable… you know exactly where this guy came from as soon as you look at him.

I’m impressed with the attention to articulation Mattel has given this line, and Superman follows suit, with a semi-ball neck, ball shoulders, double-hinged hips, swivel wast, hinged elbows and knees and wrist and thigh cuts.  It works well without intruding on the sculpt, and he can easily strike a number of his most iconic flying and/ or hero poses.  If the neck had a better range, we could get the classic two-arms-out flight pose, but alas, in that respect this Superman isn’t mighty enough.

Much like we’ve seen variations in the articulation between figures in this line, Superman bucks the cloth cape trend we saw with the Michael Keaton Batmanhttps://kastorskorner.com/2014/05/27/dc-multiverse-batman-89-review/, returning instead to a soft rubber cape.  It has its advantages, such as sculpting a very natural drape off Kal El’s shoulders… but it does leave the figure top heavy, and leaves him dissimilar from the Keaton figure in a design sense.

Superman is one of the few Multiverse figures to not include an accessory, but he makes up for it by being the most colorful figure of the bunch– he is very easy to spot on the shelf amidst the sea of black figures with which he shares a case.  The colors are bright and vibrant and perfect, with the S-insignia painted with clean, sharp lines and the light tones work for this character perfectly.

Expectations can be a double-edged sword– on the one hand, you can be happy just to finally get one of your favorite characters in toy form… but if the figure turns out less than stellar, it stings even more when it’s someone very important to you.  I’ve been waiting for this version of Superman so long, it feels good to know Mattel really delivered this time. 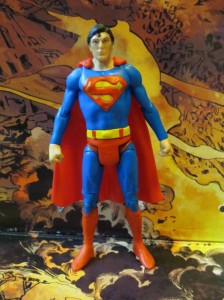 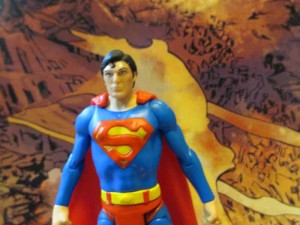 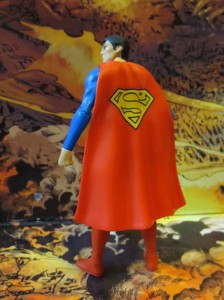 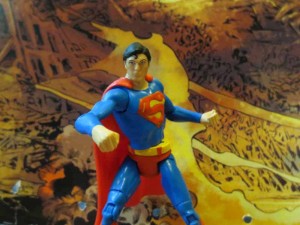 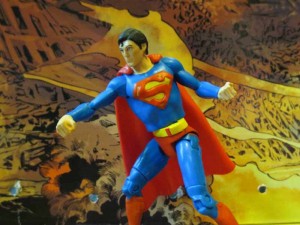 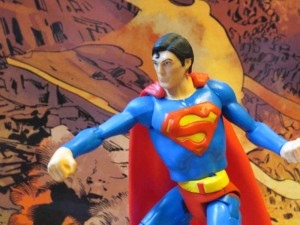 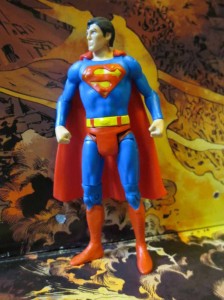 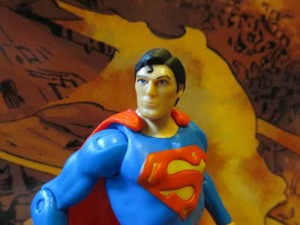 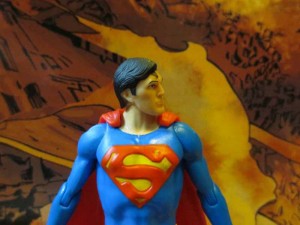 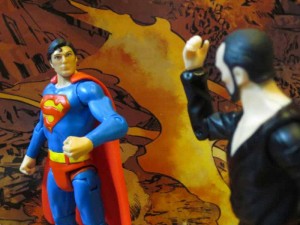 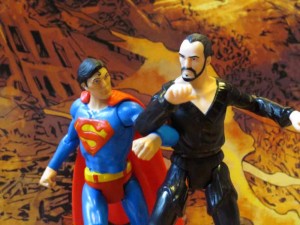 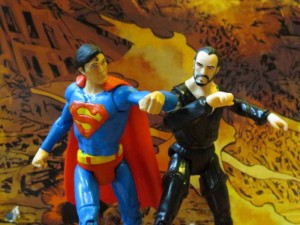 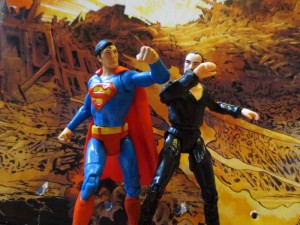 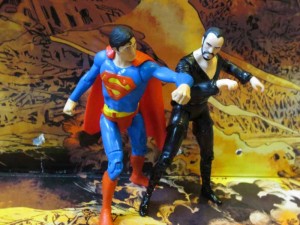 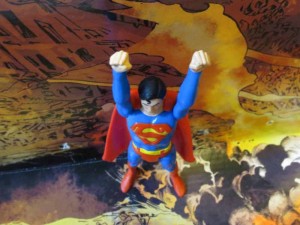 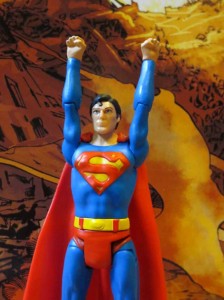 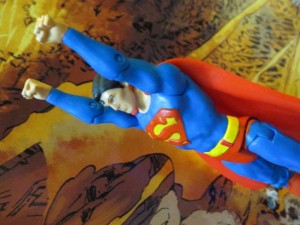