Mattel Reveals The First Half of 2015 For Club Eternia 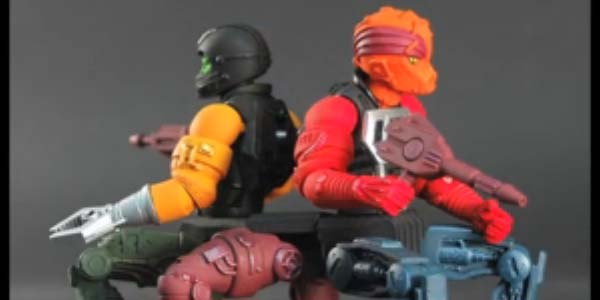 Mattel announces their April, May and June plans for Masters of the Universe next year.

This was the first year in a long time which saw Mattel skip out on New York Comic Con, but Scott Neitlich still came through with some big Masters of the Universe reveals online during the weekend.  And thanks to the new video posted by Matty Collector, we now have a complete look at the first six months of 2015 for Club Eternia.

The new additions include:

That’;s a pretty solid lineup!  Angella helps round out the Princess of Power universe, and Sssqueeze finishes up the classic Snake Men.  Blast Attack looks great, even if Mattel cheaped out on including his vintage action feature to split in half.  I’ve always loved Multi-Bot, and just like the old school release, this swappable figure will be able to integrate with Modulok, to create even more possible configurations.

The new releases will join Lizard Man in january, Ninjor in February, Huntara in March, a King Hssss versus Snake Armor He-Man two-pack in February and the Club Eternia subscription gift figure Oo-Lar in March.

2015 will be a weird year in that it’s intended to complete the vintage MOTU universe.  Obviously it will fall short– I highly doubt we’ll see Stridor or Saggitar or any of the Powers of Greyskull dinosaurs.  But from what I’ve been hearing, next year may not be as final as it’s being touted,so there’s still a chance at those guys somewhere down the road.

In any event, 2015 will surely put us closer to the end goal, and I’m very happy to see Mattel bringing their A-game to so many of these figures, giving them what will hopefully be the definitive versions of the characters worthy of this great toy line.