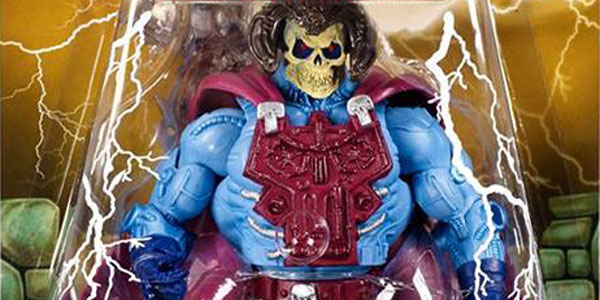 Check out three upcoming Masters of the Universe, and a first glimpse of their bios.

Mattel has released the first carded images of Extendar, Flogg and New Adventures Skeletor, which offers a good look at how the figures will appear when they show up on Matty Collector customers’ doorsteps in June and July.  Plus, we also get to read the bios for these three, which is kind of cool.

In true MOTU geek fashion, the bios draw from many sources to create the unified narrative that Mattel and Scott Neitlich have been piecing together over the past four years, and it’s one of the most fun aspects of these toys in my opinion– Extendar’s bio weaves him in to the universe while referencing info from a vintage licensor kit, while Flogg makes use of callbacks from his 90s background.  Skeletor’s new look was already established in one of the pack-in mini comics, but gets recapped here for any who missed that release.

As for the figures themselves, they look pretty good.  There’s a lot of new tooling and sculpt work from the Four Horsemen on display, and that really helps make these figures special.  The new face sculpts on Skeletor and Flogg are great updates to their early 90s looks, and I can’t wait to check out Extendar’s add-on limbs, which will work the same way we saw with Tallstar and Mekaneck.

While Skeletor unfortunately seems to suffer from “fat torso,” the design condition which has impacted characters like Sea Hawk and Hydron, Flogg and Extendar both look really good, even with their chest overlays in place.  Let’s hope for more figures like this in the future!

And while we don’t see them in these photos, Mattel also added a reminder of some pack-in accessories with this lot, which are welcome additions in and of themselves– Flogg includes a FilMation version of He-Man’s sword, while Skeletor includes a battle damaged Faker head.  Little details like those go a long way in justifying the fairly steep price of these figures, as far as I’m concerned.

Check out the photos of these three below… Extendar is scheduled to be released June 15th, while Flogg and Skeletor hit Matty Collector’s web store on July 15th.  I am confident at least one of these three will wind up not being made available to the public. 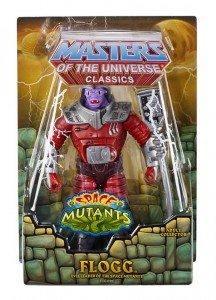 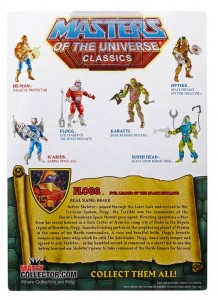 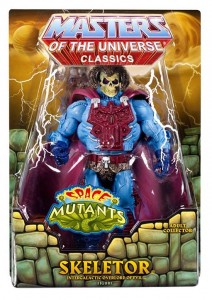 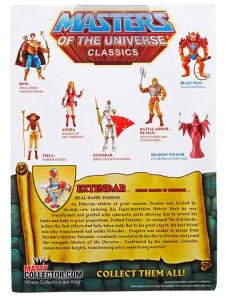 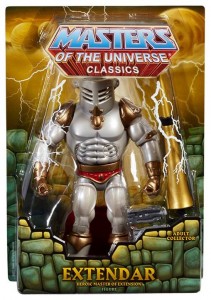 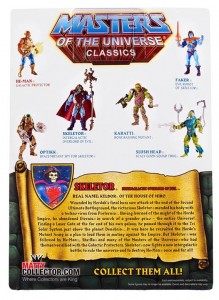