Mattel Reveals Ghostbusters Ecto-1 & Puts It Up For Preorder 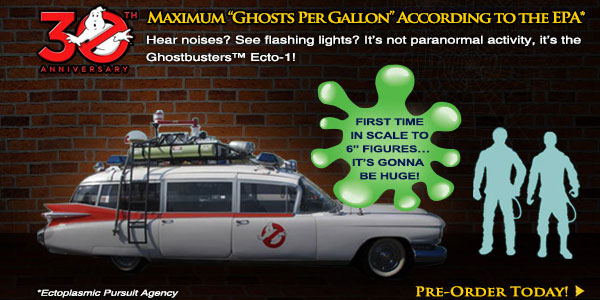 The most famous car from the 80s that isn’t a DeLorean has been revealed for Mattel’s Ghostbusters Movie Masters collection.

This is a nice surprise– I assumed the Ghostbusters reveals Mattel has been hinting at would be a few more replica piece sand that would be it… Instead we get the announcement that they are going for the ‘Busters classic ride, the Ecto-1.

Based on the images, it’s a fantastic piece, totally accurate to the movie vehicle, and it’s intended to be loaded with action features, including:

To go along with the car, new versions of Ray and Peter are planned, with removable Proton Packs so they can ride in the Ecto-1.  Since this is an ambitious piece and a 100% original tool, Mattel is asking for a steep commitment on the Ecto-1, to the sum of $215 (sans the two figures).  Like we’ve seen with past high end items like Castle Grayskull, the Ecto-1 can only move forward if they reach a certain volume of preorders.

They’ll be keeping track on MattyCollector.com, so if you’re interested in a very nice, 6″ scale Ecto-1 vehicle for your Ghostbusters, start pinching those pennies because the preorder is only open from now to November 5th. 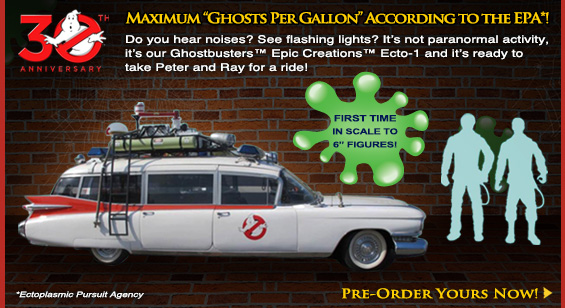