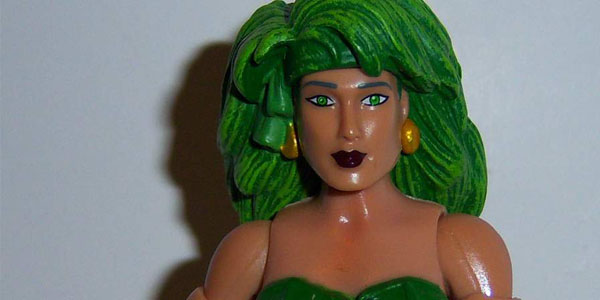 When this figure was announced as a DCIE Subscription figure most people were excited! Fire is the longest serving member of the Justice League International. This Brazilian beach model turned secret agent was in a pyroplasmic explosion that ended up giving her fire type abilities thus giving her the moniker Fire. The only sour note to this figure is we will not get her counterpart the lovely Ice since the 2014 subscription is in limbo (but probably cancelled).

Let’s start off with the packing. If you have ever purchased a DCIE figure from MattyCollector.com or are a subscriber yourself the outer box is nothing new. The art work on the box is amazing (as it has been on all the prior figures) and gives you a brief bio of the character. Fire is only recessed in the inner packing and not secured by any rubber bands or twist ties. She  have one accessory, a fire ball molded to slide over her fist. 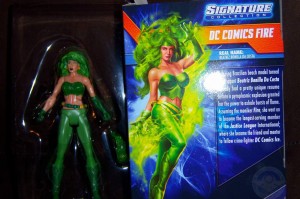 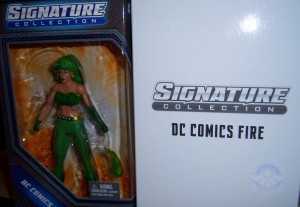 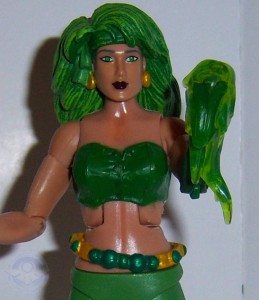 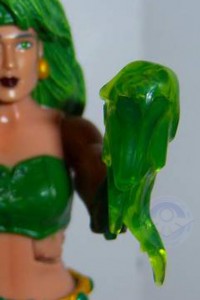 Mattel used the same female buck as other female figures such as Katma Tui and Poison Ivy. Fire has the standard articulation DCIE is known for like the above mentioned figures. The figure is slightly top heavy thanks to a lot of hair sculpted to her head, which also limits her neck articulation. Fire is slightly shorter than Wonder Woman (see picture) as every DCUC female should be unless they are an amazon themselves. Her paint apps were good from head to ankle. Why ankle you say, well there was a huge glob of paint or plaster on the boot of the one I received (as seen in the picture). I haven’t heard of other people complaining about this so maybe it was isolated. 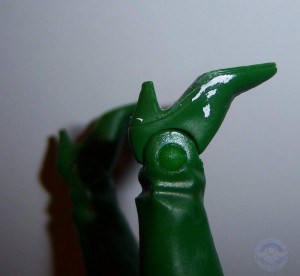 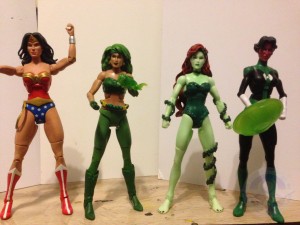 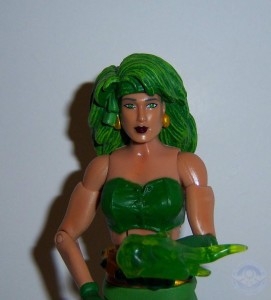 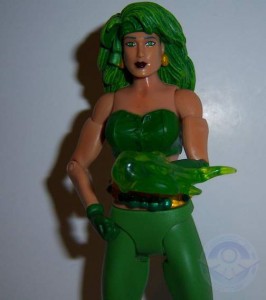 If you are a fan of the DCU I recommend you to go to MattyCollector.com and snag you one while they are still available. Fire hit on all points in the positive (even the paint glob didn’t deter me) and is recommended to add to your roster. We can all hope and pray that Mattel will do the right thing and release Ice in the future so we can have these lovely ladies kick some butt!