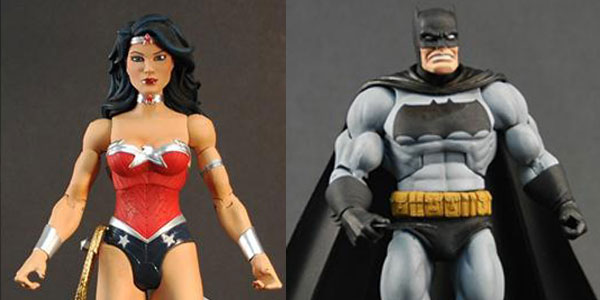 The second wave of DC Unlimited and Batman Unlimited figures have been released, and they are pretty cool.
A lot of collectors were afraid that Mattel’s relaunch of their DC Universe collection– now split into a pair of series called DC Unlimited and Batman Unlimited– would really only deliver New 52/ modern updates of the mainstream characters… Sure, The Penguin in his Super Powers deco is pretty classic, but Mattel has been promising to get him out in some form or another for over a year now.

But now the second assortment of both new lines has been revealed, and they’re pleasantly much more diverse than the New 52-skew of both launch waves.  Series Two of DC Unlimited brings us a very nice modern Wonder Woman (and what appears to be an all-new sculpt), along with an armored (and seemingly double-jointed?) Injustice Batman.  Batman’s own line gets new additions in the form of Planet X Batman with a reissue of Batmite, as well as a Frank Miller Dark Knight Returns version… sporting a very clever reuse of a bulky Masters of the Universe buck as the base. 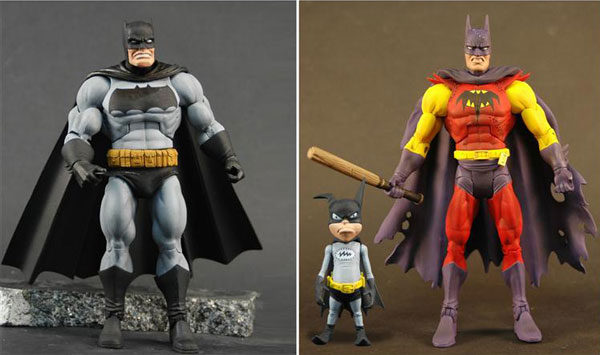 I’m impressed by the outside-the-box thinking displayed in many of these figures… I thought the rule was Mattel couldn’t share parts between their various lines, but I’m glad they broke their rule for the DKR Batman, as he looks awesome. And the seemingly all-new sculpts for Injustice Batman and Wonder Woman (my personal favorite New 52 costume redesign, translated beautifully here) are a refreshing change of pace from the buck-heavy DC Universe we’re used to seeing.

I guess my only issue is the amount of Batmen we’re already seeing (four versions in just two waves)… it seems strange that the Injustice version would occupy a spot in the DC line instead of Bats’ own series. And while Planet X Batman made his way into Brave and the Bold, he’s still a rather obscure (and quite frankly ridiculous looking) design… Delving deep into the catalog of obscure DC characters was one of the things that hurt the Classics line, leading to more than a few peg warmers only identifiable by the most hardcore of DC fans, and I’m hoping this doesn’t become a regular thing in the new line, because I think weird core variants will do even worse– I’d venture a guess that Ambush Bug would outsell Planet X Batman by quite a bit… but he’d still wind up in the markdown bin. 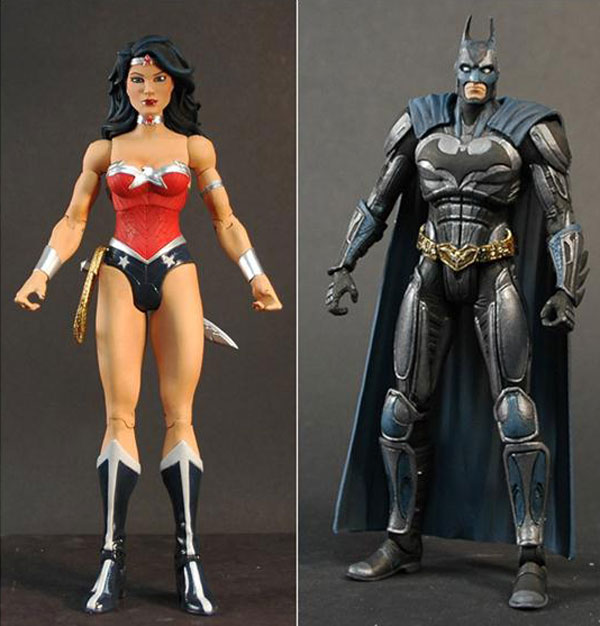 Big Bad Toy Store has both new assortments up for pre-order as of today. Click the links below to place your order now!