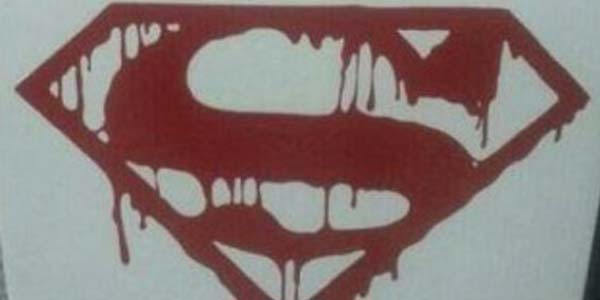 Mattel’s incredible Doomsday Unleashed might become a reality after all!

Remember that perfect Doomsday update by the Four Horsemen, meant to incentivize us into buying in for a 2014 DC Universe subscription on Matty Collector?

And remember how, when the number of subs didn’t make the cut, Mattel’s Scott Neitlich said we would never see the awesome Doomsday figure?

Well, it’s possible we still never will… but the figure clearly did progress way beyond the prototype phase, as evidenced by this new picture making the rounds, of a completely packaged, retail-ready Doomsday box set.  The white outer box is appropriately marked with the bloody S shield logo, while behind a gatefold Doomsday’s ugly mug likes the monster that killed Superman (not really though).  Doomsday even includes a tattered Superman cape to hang off his bone claws, making for a very nice display piece in package: 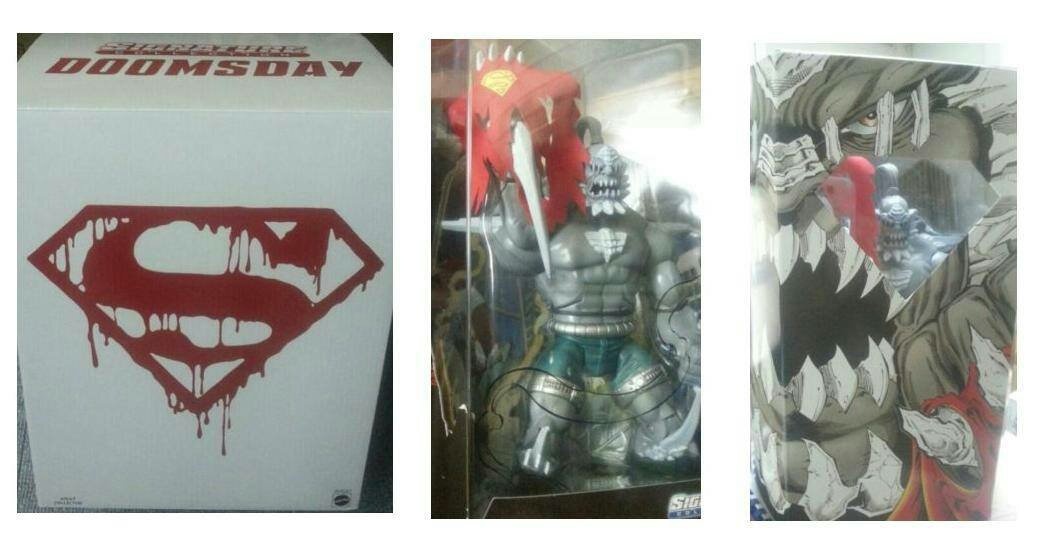 So what’s the deal with this boxed version of a toy we’ve been told would never exist?  Neitlich has claimed this is just a mock up and the figure never went into any actual production, but this is clearly a fully plastic, factory painted figure, NOT the one on display at last year’s Comic Con.  I cannot see Mattel committing to the tooling and mold making to run off only ONE copy of a figure, that doesn’t make sense.

For companies with more transparency, all we would need to do is ask the brand managers.  But Mattel has a history of misdirection, or flat out lying, when reveals surface before they’re ready to announce them.  Me, personally, I think this leak means we will see unleashed Doomsday get released, in this exact packaging.

It actually makes a lot of sense, if you look at the entire year-long Doomsday situation… Matty Collector invented the game dynamic of offering two possible Doomsday figures– in his containment suit and this unleashed one– based on how the subscription sold.  Neither goal was reached, but they still managed to cost out the containment suit Doomsday (read: the less desirable one) as a Comic Con exclusive.

That less exciting Doomsday goes for sale at Comic Con, at a $35 price point, and sells out both at the show and online afterward.  This gives Neitlich and his team a case study to present to the suits to prove that, if this unpopular toy could sell out at price point “A,” then it would stand to reason they could hit a sell out at price point “B” if they produced and sold the toy everyone actually wanted.

Should this turn out to be how things shake out, I have to give Matty Collector some credit– that’s a savvy plan to play within the system.  And yes, fans will have to double dip buying two separate Doomsday figures as part of this agenda, but they’re both unique looks and the containment suit version came out really well.  I’m not alone in my long-running sentiment that I’d happily pay more than usual for that great unleashed Doomsday; If he went up for sale tomorrow on Matty Collector, I’d drop down $50 no hesitation.

What do you think? Is Neitlich telling the truth about this photo being nothing more than a mock up?  Or does it seem like confirmation that Unleashed Doomsday is being produced after all?

And more importantly… if this Doomsday DOES go for sale, will you be buying one?