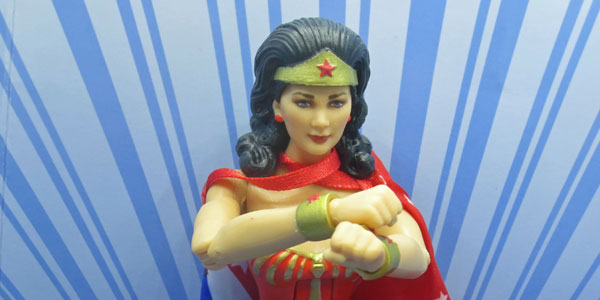 When Mattel’s DC Multiverse Signature Collection was first revealed, it included three figures– Val Kilmer’s Batman, John Wesley Shipp’s The Flash, and Linda Carter’s Wonder Woman. The latter was postponed from that debut assortment, but now she’s finally hitting retail… and she was well worth the wait.

Like the other Signature figures, Wonder Woman stands slightly taller than 6″ in scale, which is great, because she can fit (roughly) in scale with either the rest of Mattel’s DC figures, or larger scale movie and TV action figures from companies like NECA. This means that between Wonder Woman and Flash from Mattel, and Christopher Reeve’s Superman and Michael Keaton’s Batman, we can actually assemble an 80s-90s cinematic Justice League that could have been, in toy form.

Wonder Woman’s all new sculpt is strong, especially the Linda Carter portrait. The sculpt’s likeness is enhanced thanks to the real scan paint apps Mattel is using here (this choice, alone, more than justifies her several-month delay, as Batman and Flash did not enjoy this added design feature). I think the sculpted stars on Wonder Woman’s shorts are a bit silly, as they could have just as easily been painted on without losing any realism, but the raised eagle insignia on Diana’s chest works much better, a perfect representation of the small screen costume.

I love how bright Wonder Woman’s colors are, especially when you add in her soft goods red, white, and blue cape. The material for this piece is very light and airy, so it doesn’t have enough heft to weigh itself down naturally, but it tended to unfurl in the show as well, so it looks okay here even spread far out to the sides.

Aside from the cape, Wonder Woman includes an alternate set of fist hands, and a display base with flight stand and a spot for the cardboard Linda Carter backdrop included in the box, which amounts to the standard Signature Collection display base. I wish she would have also included an uncoiled lasso… as it stands, this Wonder Woman only features a non-removable one hanging from her belt.

Overall, the Signature Collection Wonder Woman is easily the best release to date in this toy line. I love the incorporation of real scan paint apps, which really help sell the actor likeness here. The figure, in general, does an excellent job of replicating the classic TV Wonder Woman’s appearance, while including enough useful articulation to make her a fun toy to pose and play with. Considering how happy I am with Wonder Woman, I’m very intrigued to see what comes next for this promising new corner of Mattel’s DC Multiverse! 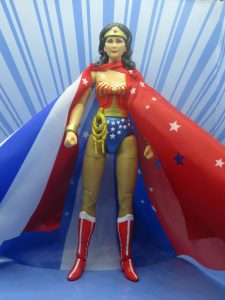 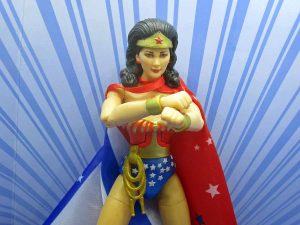 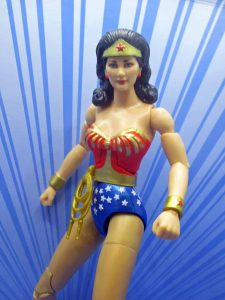 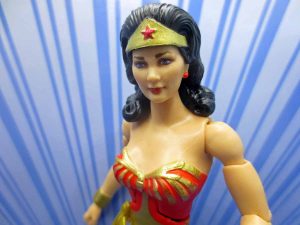 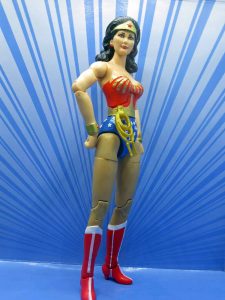 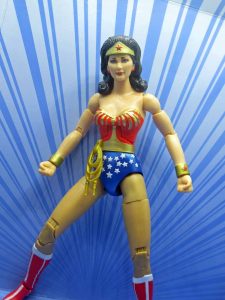 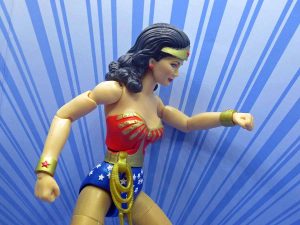 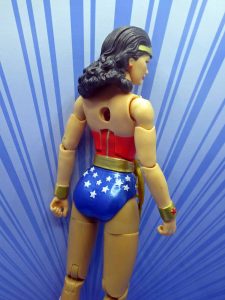 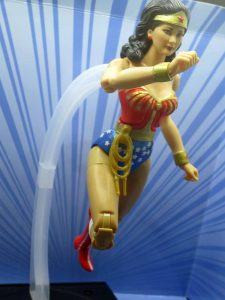 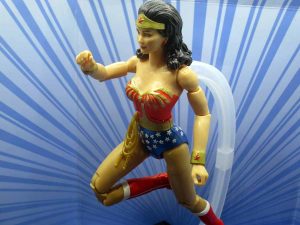 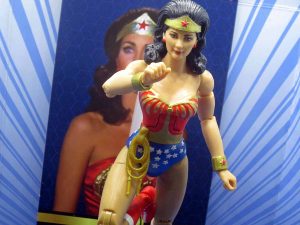 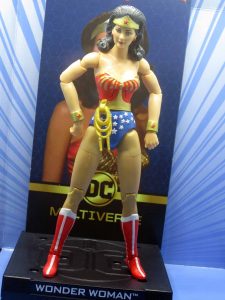 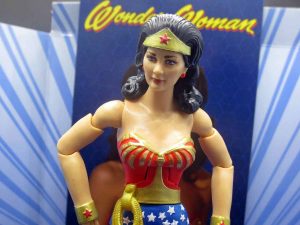 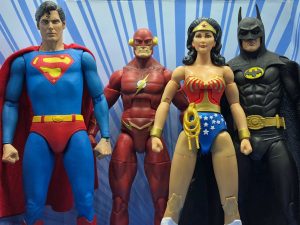