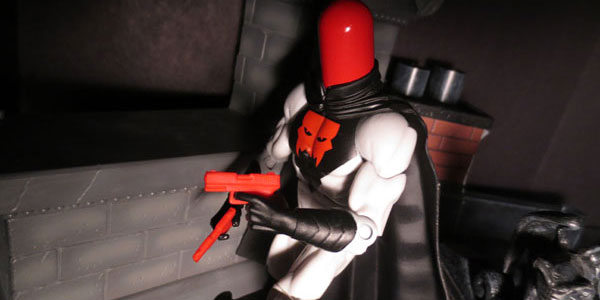 Both Jason Todd and the Red Hood have had their fair share of iconic looks throughout the history of the DC Universe.  Both are characters more than deserving of inclusion in Mattel’s long running 6″ DC Universe, so in that respect June’s Club Infinite Earths Red Hood is a perfect fit.

However, Mattel opted to capture Jason in one of his most obscure, and short lived costumes– a move that leaves me scratching my head.  At first I assumed Red Hood’s super hero style costume– worn during Grant Morrison’s Batman run– was being employed to save on tooling dollars.  But despite the blank body on which this outfit is painted, there’s lots of great, all new detailing, from the new cape with its collar to the ridged gauntlets, which suggest money was not the source of this costume choice.

I would have preferred Jason’s current look, with the leather jacket and less silly mask, or a Jason Todd Robin (a non-retail series like Infinite Earths seems like the perfect venue to release him all bloodied and broken, even).  I would have even picked a pre-Joker Red Hood, in his black tux.  But instead, we get the Morrison Red Hood, and outfit he wore for a hot minute when the legendary comics scribe was attempting to turn Jason into the arch nemesis of his Dick Grayson Batman.  The storyline was solid, but Morrison is very much a shameless self-recycler… and this take on Red Hood never felt very distinct to me.  It was more like a costume he came up with for his Animal Man run that got dusted off and retconned for the return of the second Robin.

For what he is, this Red Hood isn’t bad.  Like I said, there’s some welcome new parts included, along with his twin crimson pistols (one of which he holds very well).  The lines of his black and white outfit are crisp and clean, and help his insignia and semi-gloss red helmet stand out brilliantly.  The helmet, though, is the second problem– it’s very much anatomically incorrect.  There is no way a human head would fit in this dome, it’s far too narrow all around.  It’s so off proportionally that it stands out like a sore thumb in many poses… I’d hate to be the guy buying Jason’s aspirin when he finally pries this thing off his head.

There’s been two major Red Hoods in DC continuity, and both Joker and Jason definitely earn their place in the greater DC Universe toy collection.  But this version of Red Hood feels so obscure, and so slight– even with his welcome accessories and strong original tooling– that I’m left with just as great a desire to own both of the Hood’s more iconic costumed looks as before. 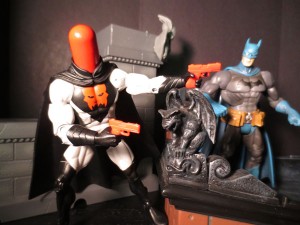 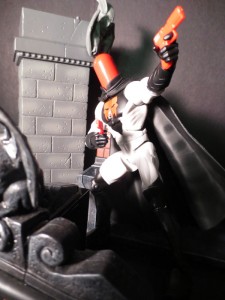 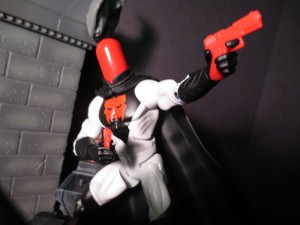 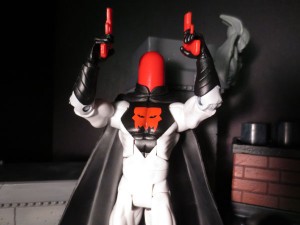 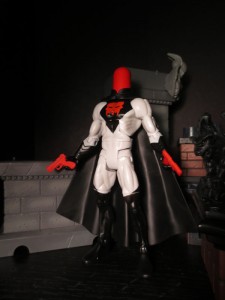 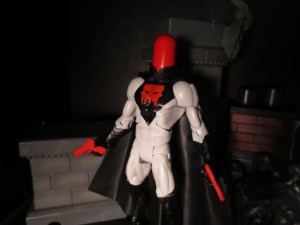 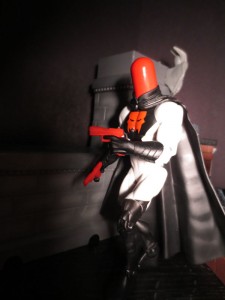 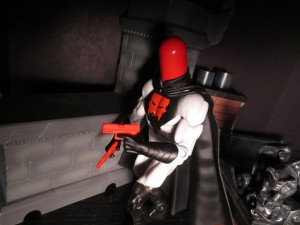 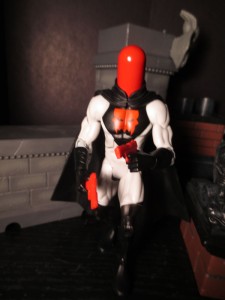 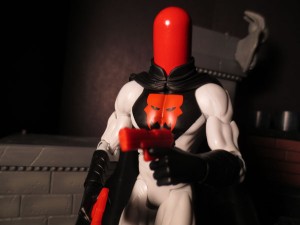 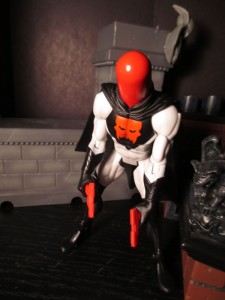 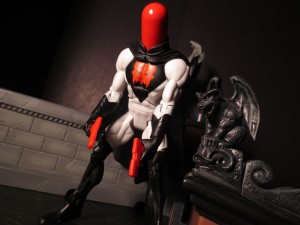 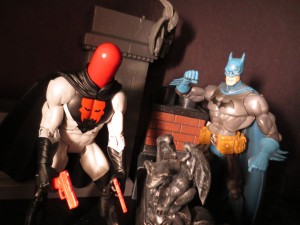 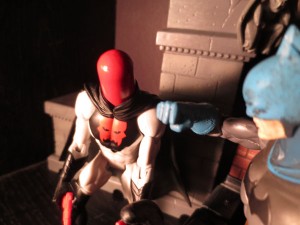