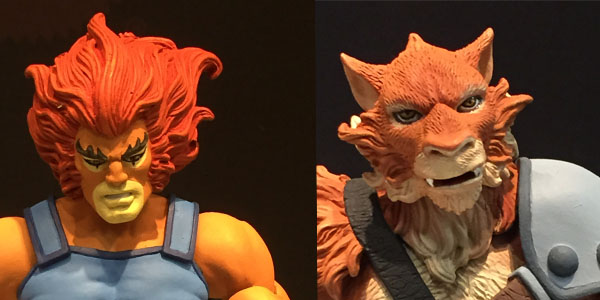 The initial lineup of the Four Horsemen-designed Thundercats figures has been unveiled, and Mattel’s choices could not be better.

One of the biggest announcements at San Diego Comic Con last summer was the news that Mattel had landed the Thundercats license, and would be releasing a classics-inspired toy line through their Matty Collector sub-brand.  In keeping with the Masters of the Universe Classics vibe, the new Thundercats line is being designed by the Four Horsemen, and will employ base bodies and other shared parts with MOTU, making the heroes and villains of Third Earth seamlessly interwoven with the modern He-Man series.

Like many of you reading this, I’m sure that came as music to your ears last July.  Since then, though, the big question has been, how would Mattel execute the lineup of this toy collection?  We saw two heart breaking non-starter lines from Bandai a handful of years ago, and due to its relatively short life span in the 80s, Thundercats has neither the expanded universe, nor the logical core cast variants that aided (and sometimes damaged) the longevity of MOTU Classics.  Would Mattel err on the side of caution, and release all the core ‘Cats in Year One?  Or would we see a return to Toy Guru’s heyday, with a practically two-to-one ration of obscure nonsense versus highly in-demand main characters?

Well, the first year’s seven figure lineup has been officially revealed, and the answer is somewhere right down the middle, which is a great place to start for the fledgling toy line:

So in the first year, we get two of the core ‘Cats (Lion-O and Panthro), one of the three Second Generation ‘Cats (Pumyra), one of the original mutants (Jackalman), two slightly more obscure secondary characters (Jaga and Grune), and Mumm-Ra in his decrepit form as our Club Exclusive… a perfect throwback to the original toy’s status as a mail-away incentive.

I like this lineup a lot, because it feels like a fair value to go for the “all in” option and subscribe to the 6-month service, instead of buying the figures a-la carte.  Unlike some of MOTU’s darker years, Mumm-Ra feels like a legitimate and cool bonus for signing up, instead of a character being held hostage, to be leveraged against the collective disinterest 90% of collectors would have toward morts like the Fighting Foe Men.

Yet the Thundercats lineup is also diverse enough to spread out our main team, and flesh out the overall world.  We get just enough of the core team to make Year One appealing, and the promise of rounding out those teams in the future should be strong enough to keep this line going in 2017.  If Mattel keeps roughly the same ratio,We will probably see the rest of the main team and the Second Generation of ‘Cats by the end of Year Two… unless they opt to hold one member per crew to anchor a Year Three.  And I’m positive we’ll see a ghost Jaga in the mix somewhere, probably as a Convention exclusive.

Sight unseen, I’m a little wary about Panthro and Grune, as both figures would need entirely new body types in order to remain faithful to their classic looks, but I can already see the rest of the figures pretty solidly in my mind.  And I really like what I see.  Mattel’s Club: Third Earth subscription is set to launch in the near future.  Click Here to read more details at Matty Collector. 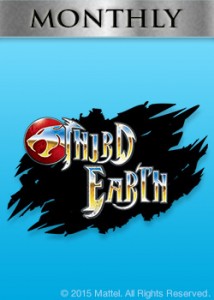 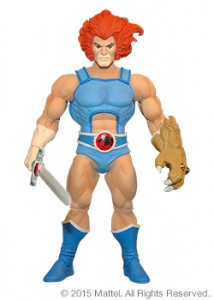