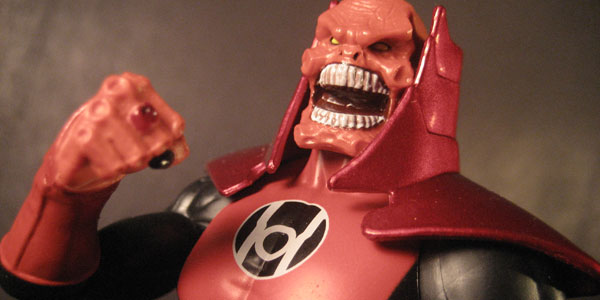 The monthly Infinite Earths figure for June is Atrocitus, brutal leader of the Red Lanterns, but this month also sees the release of the 2012 sub incentive figure, Metron in his Mobius Chair. There’s always been debate in a  scopic line like DC Universe as to what defines a “classic,” leading some people to dispute if a modern character like Atrocitus has a place in the collection. I’ve never agreed with the “purist” camp, and the vicious villain’s introduction was one of the high points of Geoff Johns’ rather terrible Sinestro Corps War and Blackest Night storylines. 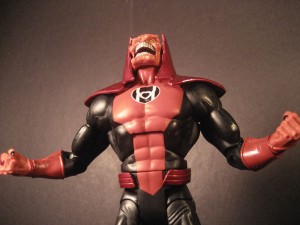 Unfortunately, despite feeling Atrocitus is worthy of inclusion in this line, his figure is pretty sub-par. The first big issue is size– while the Red Lantern is built on a buck that leaves him taller than a “regular” guy like Jay Garrick, he’s still far too short and not nearly bulky enough for the tower beast depicted in the comics. To do Atrocitus justice, he needed a body the size of Ares, to have a good bit of height on even other “big” characters like Superman. I was able to forgive the lack of size based on the fantastic look of the Atrocitus prototype, specifically his great headsculpt. But this, too, seems to have been compromised, losing much of the detail in the final figure. Without the creepy, flayed texture of his red skin, the craters on Atrocitus’ face and hands are exaggerated greatly and it makes him look more silly than imposing… as does the skin tone which is more pink than the orange-yellow of his comic look.

I will give credit to Mattel for including his iconic red lantern as an accessory, but with two closed fists and no swappable hands, there’s nothing for Atrocitus to do with the piece!  Atrocitus is a surprisingly photogenic figure, lending himself to many solid poses, but had he been included in a retail line, it would take the inclusion of a Collect N Connect piece to offset the figure’s drawbacks. As it stands the lord of the Red Lanterns just doesn’t feel worth the price I paid. 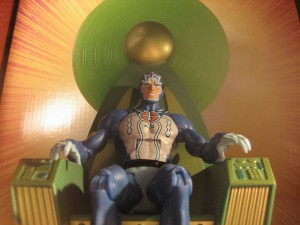 Metron fares much better, and to be perfectly honest he’s fast becoming one of my favorite figures in the entire DC Universe collection. I’ve got an affinity for Jack Kirby, especially his weird and intriguing later work on the New Gods, and the time traveling enigma is brought to life here with a portrait that perfectly captures Kirby’s signature art style. I don’t think the Horsemen have ever nailed a Kirby sculpt better than Metron, and considering the uncanny job they did on characters like Kalibak and Kamandi, that’s no small credit.  Metron’s costume is translated completely via paint, which works well enough, and all his paint lines– including the intricate sphere pattern on his chest– are clean and well-executed. 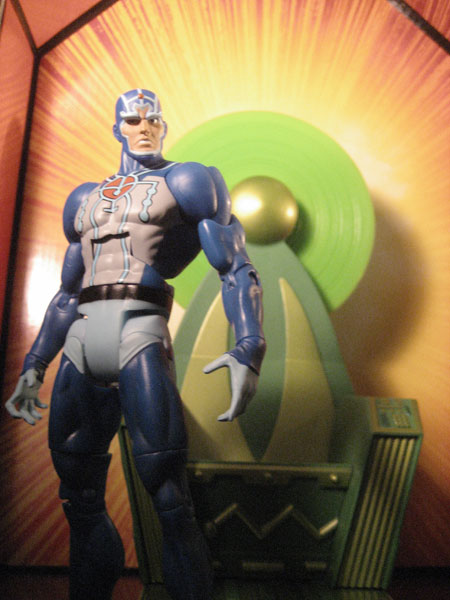 And then there’s the chair. The biggest selling point of Metron has always been his huge, glowing chair, and the throne is a total win, in perfect scale with its wielder (er, sitter?).  The Mobius chair is cast in bright green plastic with gold detailing and a translucent disk on the back.  The all-new sculpt is absolutely packed with detail, including lots of parallel and perpendicular mechanical parts that Kirby loved to add into his machine illustrations. If Metron was the closest the Horsemen came to truly capturing Kirby’s human art style, the Mobius Chair will be virtually impossible to beat as a 3D translation of Kirby’s mechanical sensibility… it’s a damn work of art, honestly.

We’re two months in to Club: Infinite Earths, and so far we’re two for three when it comes to great new DC Universe toys. I hope a lot of collectors did commit to the subscription, because it would be an absolute shame for anyone to miss out on a figure as great as Metron. Between him and Jay Garrick– along with upcoming figures like Poison Ivy and Mirror Master– I can’t say I regret going in on the subscription… even if I get stuck with some less than stellar figures like Atrocitus. 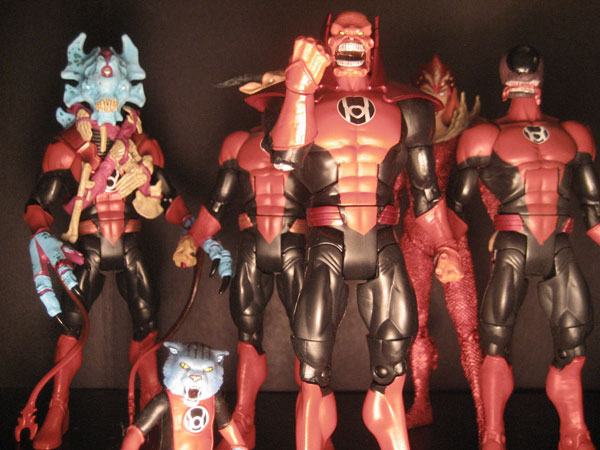 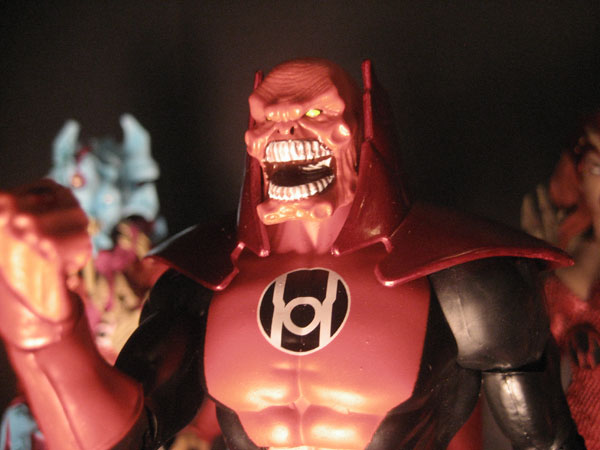 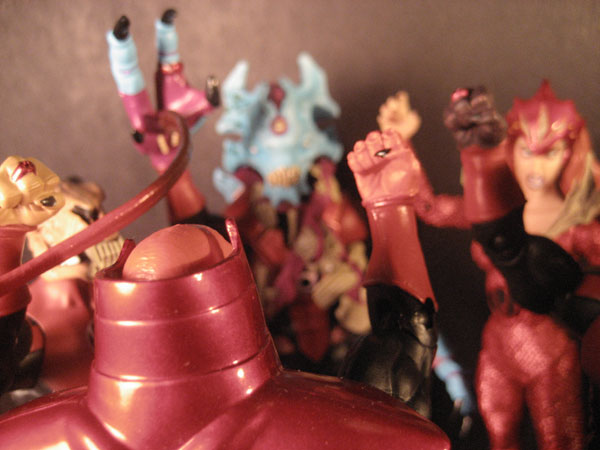 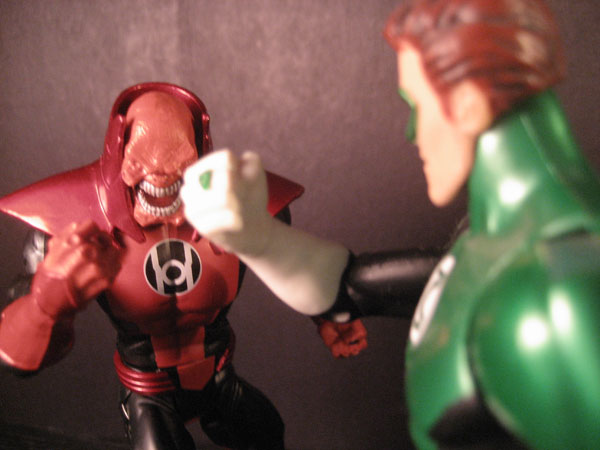 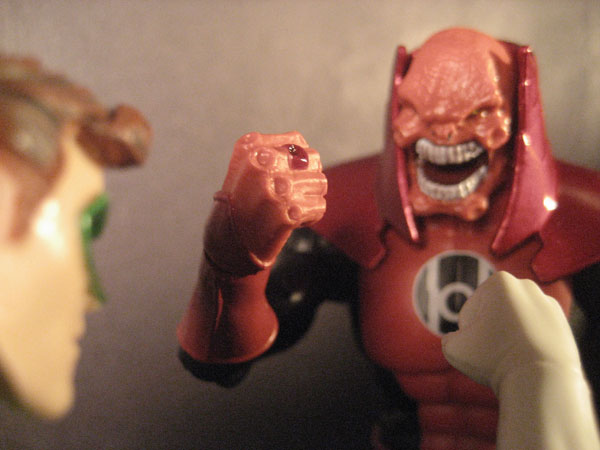 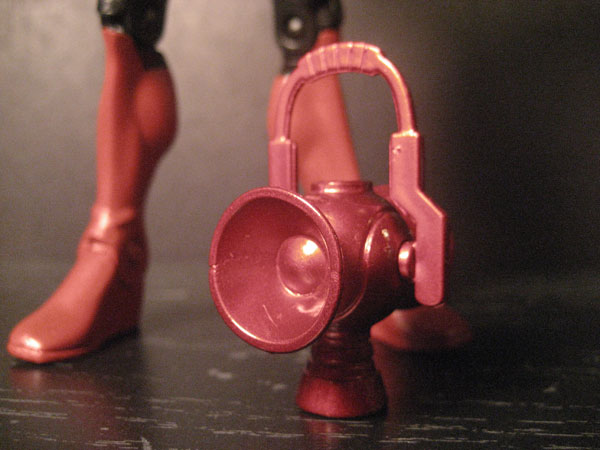 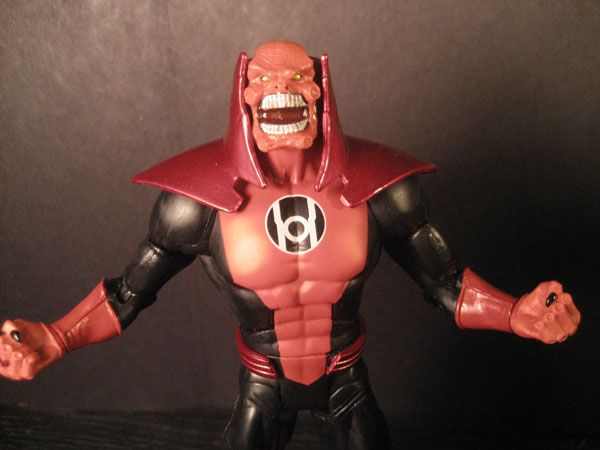 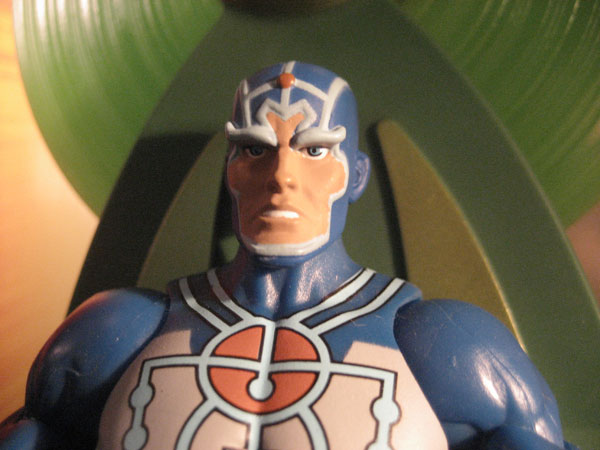 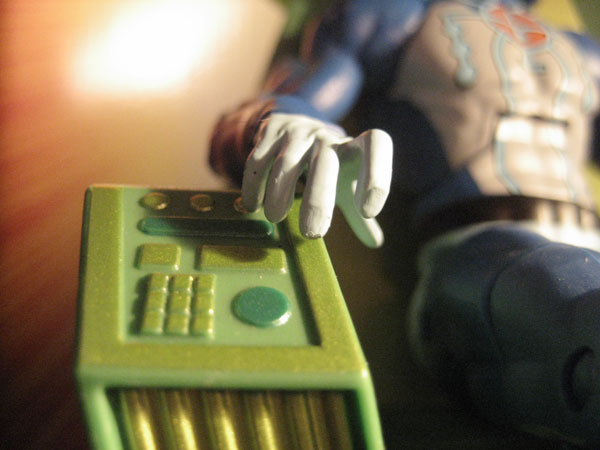 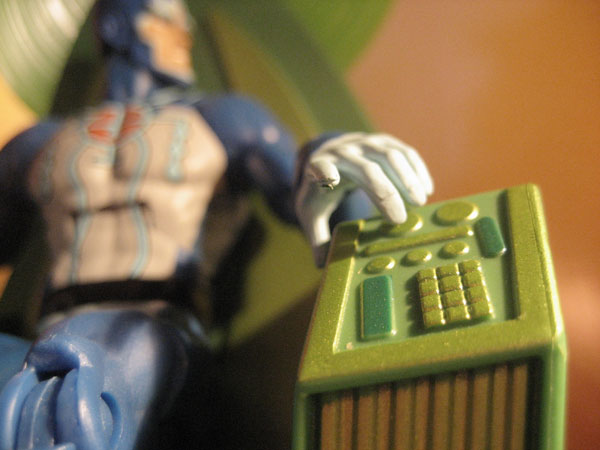 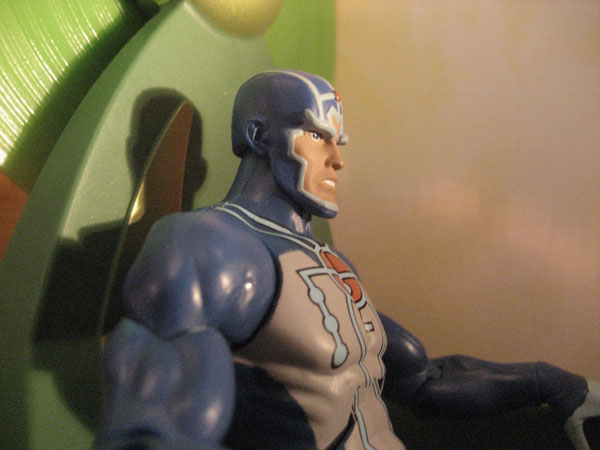 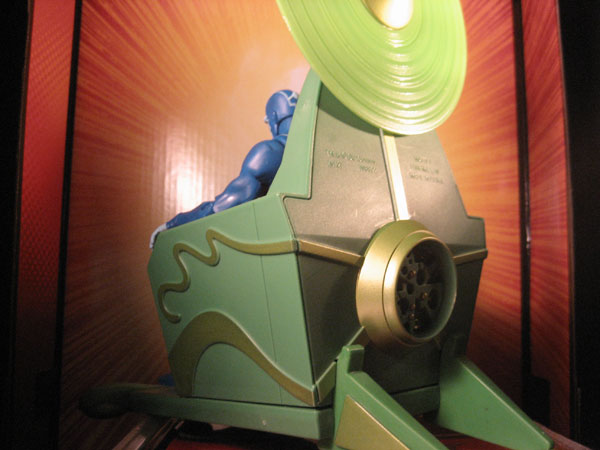 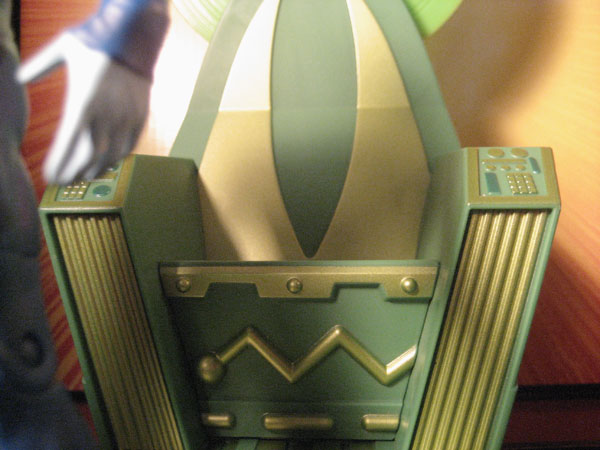 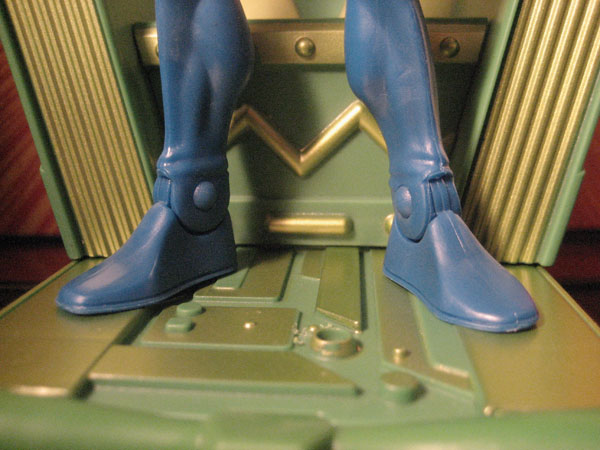 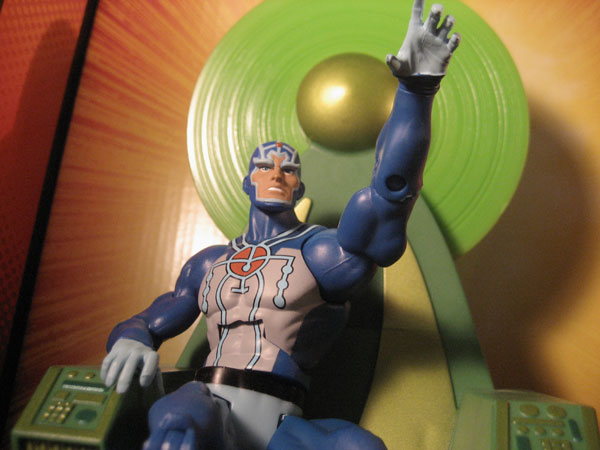 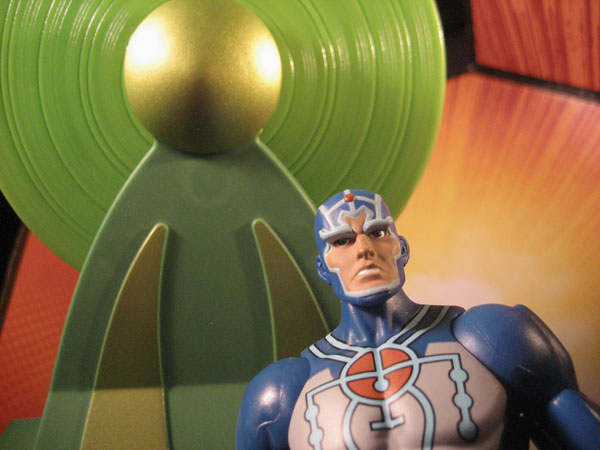 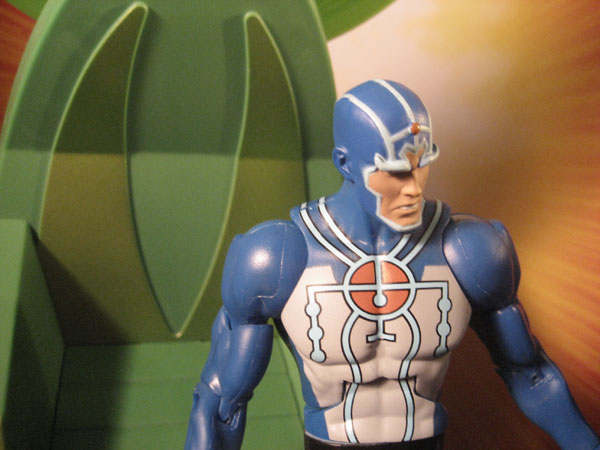