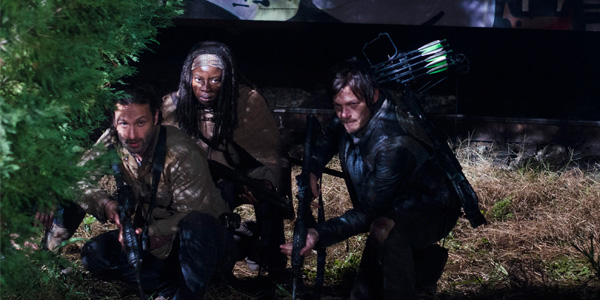 McFarlane Toys is going to release a new, improved Daryl Dixon in the 2014 Walking Dead collection.

The Walking Dead toy line from McFarlane Toys is in a unique predicament.  While most toy lines are bogged down in incessant remakes of the main characters, we’ve actually seen too few figures based on core cast members like Rick Grimes and Daryl Dixon.  This becomes especially evident in light of the drastic improvements in the quality of the Walking Dead figures, starting with Series 3, and since then we have seen no new Rick or Daryl figures to match the better designed current figures.

That’s about to change, at least in regards to the younger Dixon brother, as McFarlane has revealed an all new Daryl who will come packed with his brother’s motorcycle in the first vehicle from the popular toy line.  The bike looks great, and the new Season 3 style Daryl is a welcome addition.  While his design is only a 3D illustration for now, I’m assuming he will have the same articulation we have seen in the other recent human figures (possibly with better hips, so he can ride his hog?).

In any event, fans of Norman Reedus and his zombie-hunting manchild should be totally happy to get a better Daryl… The Series One figure pales in comparison to the more modern figures, and despite his obvious flaws he’s also going for a fortune on the secondary market.  I’m glad to see McFarlane is aware of Daryl’s popularity, and I can’t wait to add the updated figure and his bike to my collection. 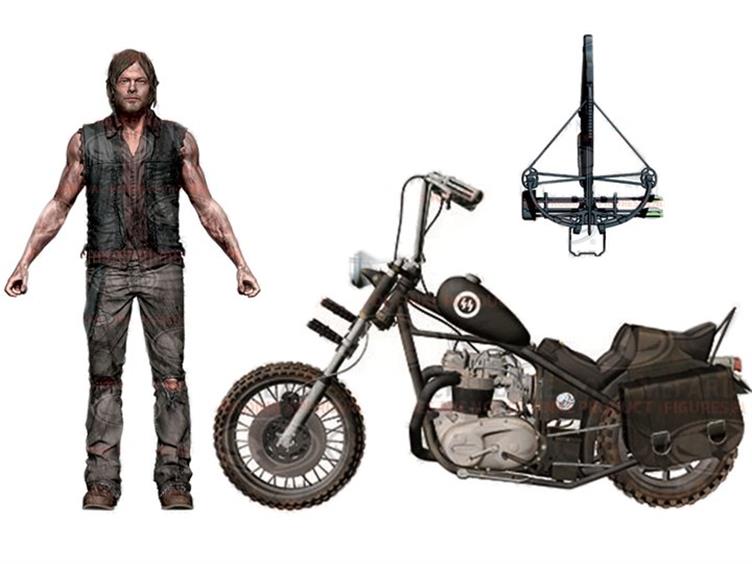 Look for Daryl to be released March 2014.  You can preorder him now from Big Bad Toy Store.