McFarlane Toys’ Invincible Leaves a Lot To Be Desired 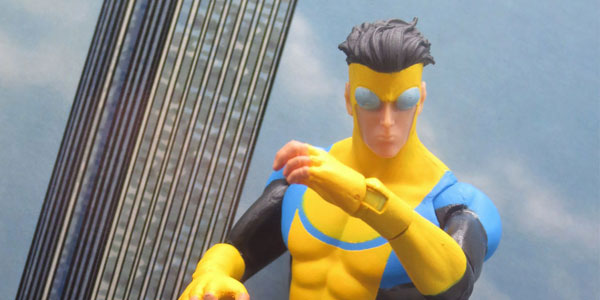 Invincible gets a great sculpt from McFarlane Toys, but a weird scale and limited articulation make him feel more like a throwback than a modern super hero toy.

McFarlane Toys has been slowly expanding the Skybound universe in toy form, and the latest new addition is one many of us have been waiting for– Invincible!

Robert Kirkman and Cory Walker’s hyper-violent hero has never received the action figure treatment until now, and the good news is, McFarlane Toys’ sculpt is great. Mark Grayson’s head sculpt is a perfect interpretation of Walker’s artwork, from the domed eyes of his mask to his windswept black hair.  And the figure’s sculpt matches our young hero’s physique quite nicely, as well.

However, the figure is weighed down by some disappointing factors that are hard to ignore. The biggest strike against him is the articulation.  While Mark sports a very nice ball jointed neck and decent arm articulation, his torso and legs are quite limited.  He’s completely lacking in any ab or waist movement, and features only a simple t-crotch, with no real range in his hips or any thigh joints. That’s considerably less articulation than we typically see in McFarlane’s Walking Dead figures, and even other Skybound releases like those from Saga and Outcast. 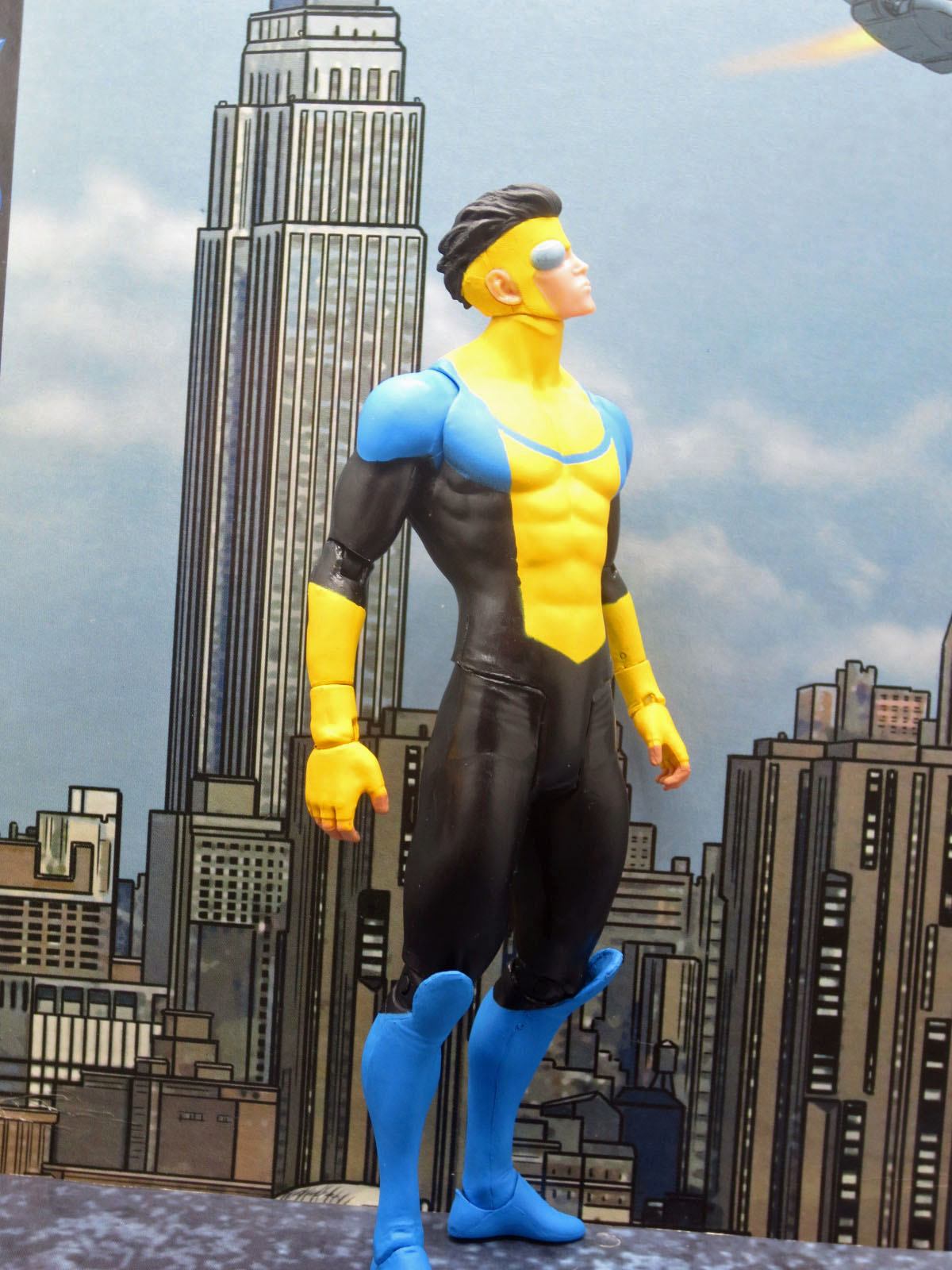 I’m not sure if the decision to limit the articulation was to not interrupt the figure’s streamlined sculpt, or simply a cost decision, but either way it leaves the figure feeling quite stiff, and more reminiscent of action figures from the mid-90s than what we’re seeing currently from companies like Hasbro, Mezco, or Bandai Tamashii Nation. Even a simple ab crunch or ball hips would open this guy up in a very dynamic and beneficial way, so it’s a shame we don’t see that here.

The other issue is the figure’s scale, which is a less objective problem, I guess. Mark stands 5″ tall, putting him in scale with the other Skybound figures McFarlane has released, but notably off scale from pretty much every other super hero toys. While I appreciate an in-scale Skybound toy universe, I feel Invincible has more in common with other super heroes than Skybound’s horror/ fantasy stable, meaning a 6″ or 7″ scale would probably have been a benefit for this guy.

It’s not all bad news, though. In addition to the sculpt, Mark includes alternate hand sculpts which swap on and off with ease, and his simple yet effective, primary color-based paint apps are a great match for his comic appearance.  Invincible is available exclusively on the Skybound website, and he’s available in two variants– standard and super-bloody, an alternate look that is sure to be familiar to any long time readers of the comic series.

I’m definitely underwhelmed by McFarlane’s first take on Invincible, though he’s not without his charm. I’m hoping that if they revisit this character in the future, they increase the articulation and/ or the scale. Especially as a limited edition, higher priced exclusive (Invincible will set you back $25 plus shipping), I think either of these solutions would make him a much more satisfying purchase. 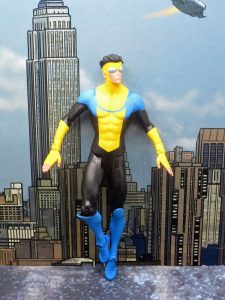 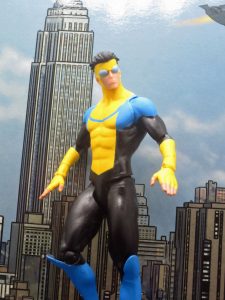 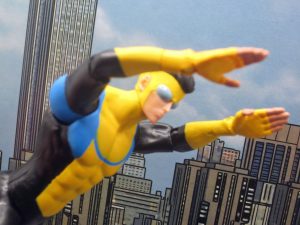 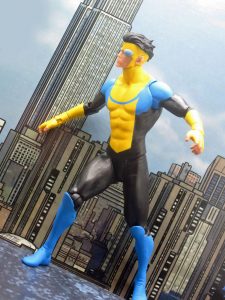 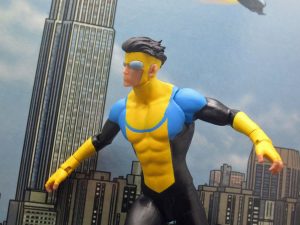 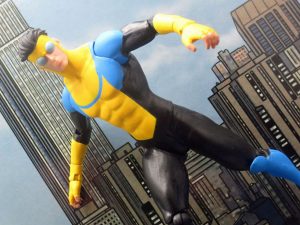 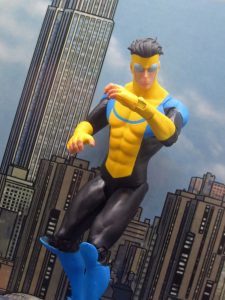 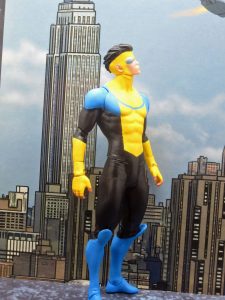 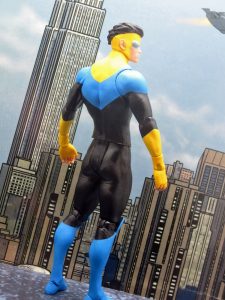 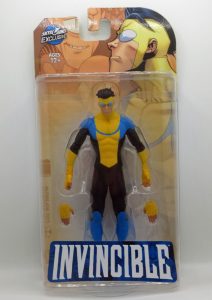 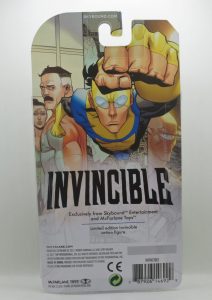