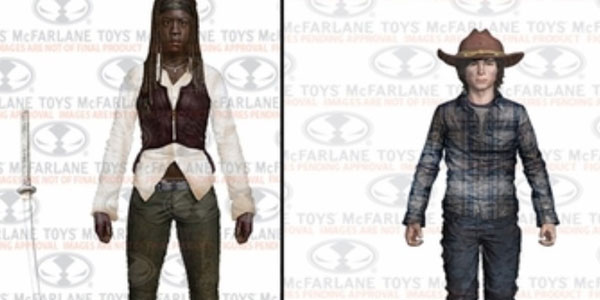 We now know at least part of The Walking Dead Series 7 lineup, and it isn’t very exciting.

Late last week, what appears to be the figure rundown in McFarlane Toys’ Walking Dead TV wave 7 hit the web, and it is easily the most boring lineup thus far in the consistently great toy line.  Michonne and Carl are both getting updates (Michonne in her “pirate” shirt and Carl in his angsty, Season Four puberty and pudding phase).  We’re getting a neat looking “Mud Walker” who can come apart at the waist, to be displayed rising menacingly from a mud puddle base, and rounding out the set is Gareth, one of the new characters in Season Five who most assume will be a new big bad guy and some assume also a cannibal (the pile of bones his figure is packed with aren’t doing him any favors in that regard).

So two re-do’s of characters who already have perfectly fine toy versions, one new character and one new zombie, who suggests he will effectively be another statue.

I mean, it’s not terrible, and the digital designs suggest a good looking bunch of figures.  But coming off the last few amazing waves, which have really started to realize our full cast of survivors in the form of truly excellent action figures, this wave just feels small.

Now, the rumors are that this is only part of the assortment, and that McFarlane still has “a few surprises” in store for Series 7.  That isn’t far-fetched– most TV waves of late have been five or six figures, so with only four revealed, we potentially have one or two slots left to fill.  And Series 6’s Governor rehash was added to the mix after the rest of the characters were revealed.  So there’s still hope we will see another new character in the mix, which is good news for the under-represented likes of Beth, Eugene or Rosita.

This is the challenge McFarlane faces now, though… They have already tackled near-prefect versions of a healthy three quarters of the main cast, and their Walking Dead toys get exponentially more popular with each passing season of the show.  They’re being smart, reissuing core characters like Michonne and Daryl in their re-release collection, but as far as the main series goes, they’re sticking to the two waves per year model, and if one of those waves winds up being a dud, impacted too heavily by retailer demands for more A-lister variants and less focus on B-characters, I’m curious to see how McFarlane Toys reacts.

We’re not there yet, and despite the source material’s knack to be all doom and gloom about everything, I’m still optimistic for the future of the Walking Dead toys.  I’ll be happy to purchase at least half of Series 7 when they hit… and if one of those “surprises” turns out to be another much needed survivor or new character, then this wave will certainly be good enough to get the seal of approval. 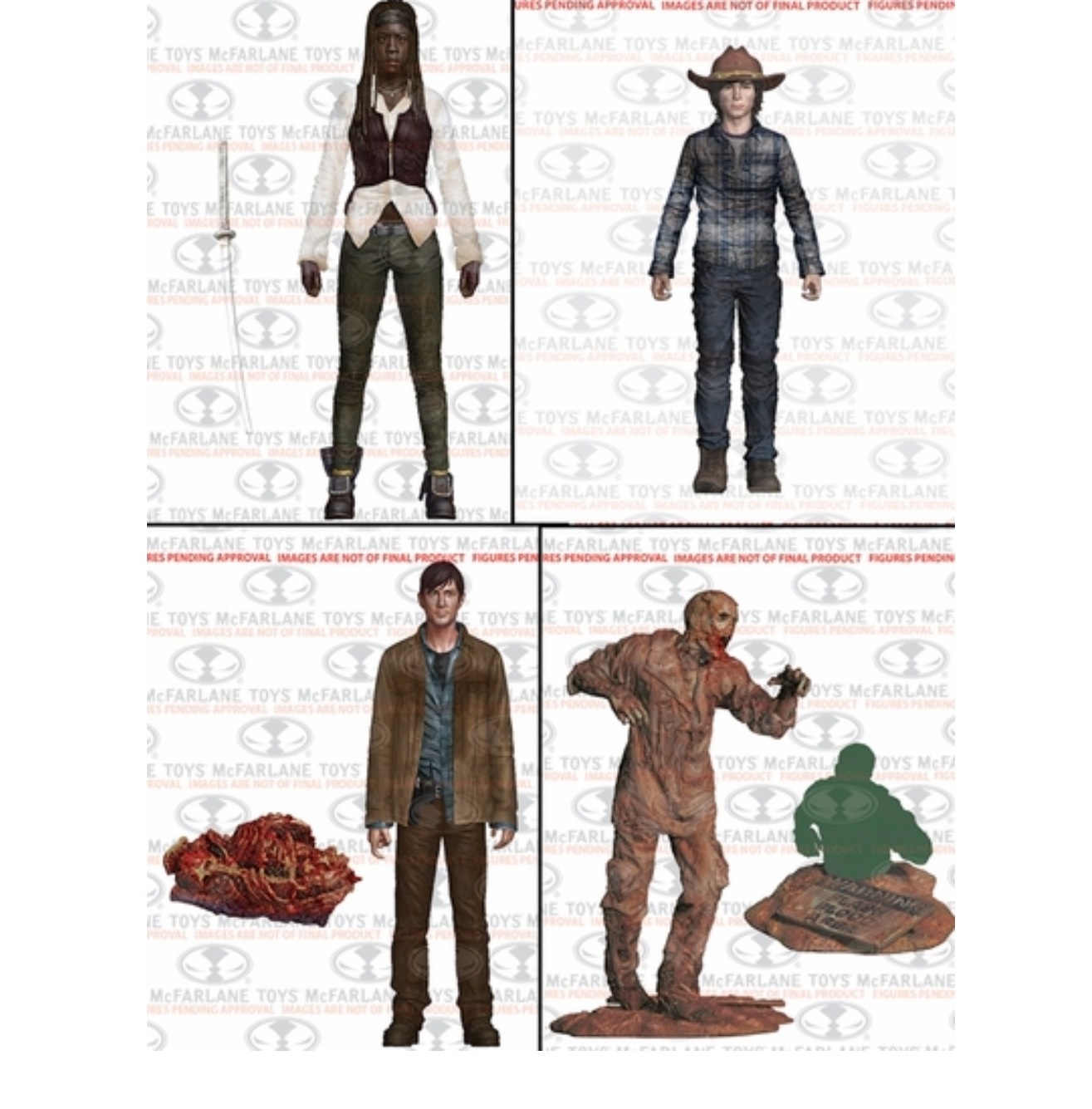