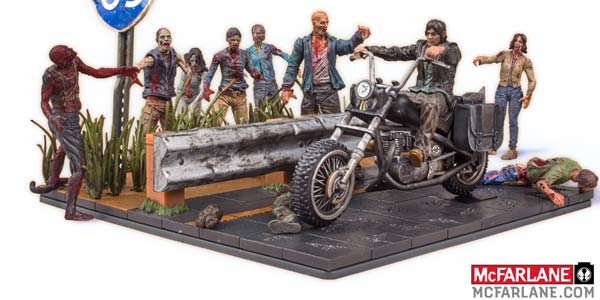 The hit AMC TV show will get a totally new style of toys this Fall from McFarlane Toys.

McFarlane Toys has always been really good about being innovative.  Their Spawn toy line helped to revolutionize the action figure industry in the 90s, and now they’re swinging for the fence again with their first take on brick building toys.  The Walking Dead building toys, based on the AMC series, look to be the most detailed and intricate block toys ever released, and they make for some truly impressive displays.

The new toy line will launch in the Fall as a Toys R Us exclusive, and will include three playsets– Daryl’s chopper on a patch of highway, The Governor’s room complete with his tanks filled with walker heads, and the front gate of the Prison– as well as a series of blind bagged mini figures.

Obviously, the biggest difference between these sets and most block building toys is the level of detail.  These mini figures are fully sculpted, as opposed to the Lego-style block figures.  Likewise, the playsets all sport fully sculpted veneers on the outer edge of their bricks, providing a much more realistic and less stylized final design in the fully assembled pieces.

They look great, and this choice of playsets should please any fans of the show.  I’d be lying if I’m not going a little nuts over the Prison or The Governor’s tanks… although to me these feel more like small-scale playsets than true building sets.  One of the appeals of toys like Legos is their customizable nature, and having such specifically details pieces makes me think a lot of the Walking Dead building toys won’t be customizable (aside from the zombies, who will have multiple removable and/ or swappable body parts to leave your walkers fully customized or ripped limb-from-limb).

However, these sets should be great in regards to the other main appeal of this type of toy– building.  Until a few years ago, I had forgotten how much fun it is to build brick toys, following all the instructions in eager anticipation of seeing the final project completed.  I’m already jonesing to put those final pieces in place on some of these sets, I’m not gonna lie.

Check out the full release from McFarlane Toys below, and click here to read Todd McFarlane’s interview about the new toy line at The Nerdist.

The initial McFarlane Toys’ The Walking Dead brick building line will feature realistic sculpts, light-up and shaped features, iconic environments, and dozens of your fan-favorite characters and walkers. Both collectors and fans of the cult phenomenon can literally recreate their favorite scenes with this new highly detailed and realistic The Walking Dead product line.

“Twenty years ago I walked into the action figure aisle, saw an artistic void, and asked, can these toys look cooler? The answer was yes, they could, and I’ve survived twenty years next to the big boys creating those artistic toys,” said McFarlane. “Now I’m walking into another aisle with that same question, and the answer is still yes!”

“Will these be the best building sets out there? I’ll leave it up to the consumer to decide,” said McFarlane. “But, will it look cooler? Yes. Will it be more detailed? Absolutely. Will it be more realistic? I guarantee it!”

The Walking Dead series one product line will feature building sets, expansion packs, and figure blind bags for consumers to build their own The Walking Dead apocalypse: 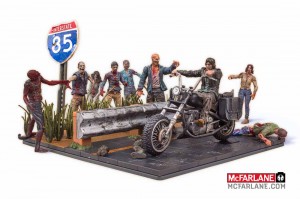 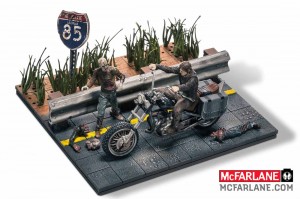 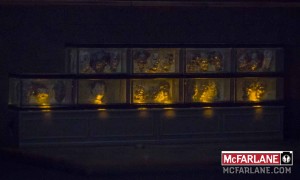 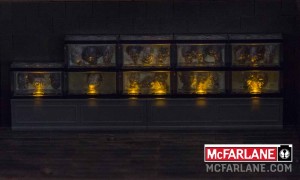 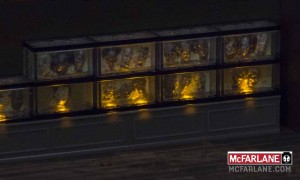 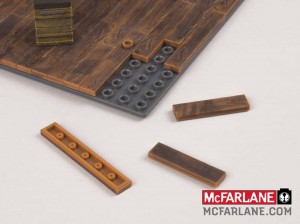 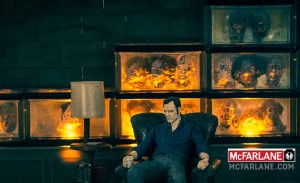 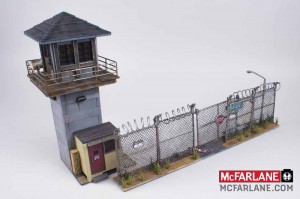 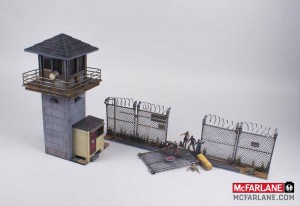 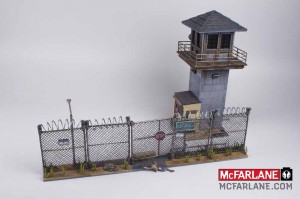 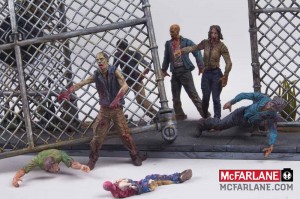 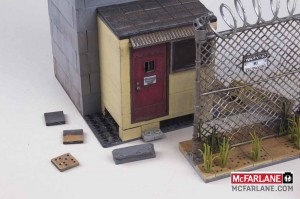