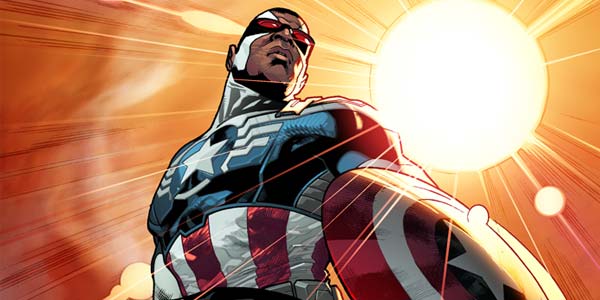 Sam Wilson is stepping up this November as Marvel announces their All-New Captain America.

Man, what a week!  First Marvel announces a female Thor, and now The Falcon– an African American super hero– has been revealed as the next in line to take on the mantle of Captain America!  This is obviously terrible news for close-minded, passively racist fanboys… yet pretty exciting news for the rest of us.

I had a few things tempering my expectations for the new Thor– namely, that she is an all new character and thus lacks any previously established emotional investment– but Sam Wilson has that in spades.  Falcon has been Steve Rogers’ main partner for like 90% of his tenure as the star-spangled hero, and I can’t think of a more worthy replacement.  Wilson has always been a great character, plus he’s a former soldier and Avengers member, so there’s no question he’s a worthy successor to Steve in this role.

That being said, I think the main challenge with the new Cap will be the fact that this story feels kind of old hat.  Steve Rogers was already replaced once in the last ten years– when he was (not really) killed and his old World War II ally Bucky Barnes took over– and the present situation yet again sees Steve losing his Super Soldier serum, aging him to about 90 instantly… as we’ve seen happen in the past.  Hell, there’s even already been a black Captain America, Isaiah Bradley, as seen in the very cool miniseries Truth: Red, White and Black.

As much as I like the notion that the old generation of heroes are not being shut out completely– the original Thor will still be a part of that series, and Rogers will stay on as Sam’s advisor/ ops leader– that role for Steve seems awfully similar to Bruce Wayne’s position in Batman Beyond.  So I guess the challenge for the All-New Captain America will really come down to breaking an original and fresh story out of a VERY familiar premise.  It absolutely CAN be done– Ed Brubaker did it brilliantly in the Winter Soldier saga– but I can’t say I’m quite familiar enough with Rick Remender’s writing to know if he’ll be up to the task.

As far as I’m concerned the newly diversified core of the Marvel universe is very exciting news.  It doesn’t solve all the issues with representation in mainstream comics… even with these major new non-white male characters, most of the heroes coming out monthly are still of the old WASP-y mold, as are the majority of the creators behind them.  But it’s still a big step, an ambitious yet savvy move that proves Marvel understands comic books reach far beyond just white boys… and that they are willing to make money off that fact.

The concern now will come down to quality.  I am hoping both of these books are awesome– this would be the ultimate step in validating these decisions as something more important and culturally worthy than just stunt casting.  But if the books aren’t that hot, we run the risk of representation moving backwards.  It’s a risk absolutely worth taking, and Marvel has been nothing if not confident about these changes, so I’m putting my faith behind them.  I’m very interested to see how this all plays out, and I’m hopeful it will lead to a bigger, better and more egalitarian Marvel Universe for years to come! 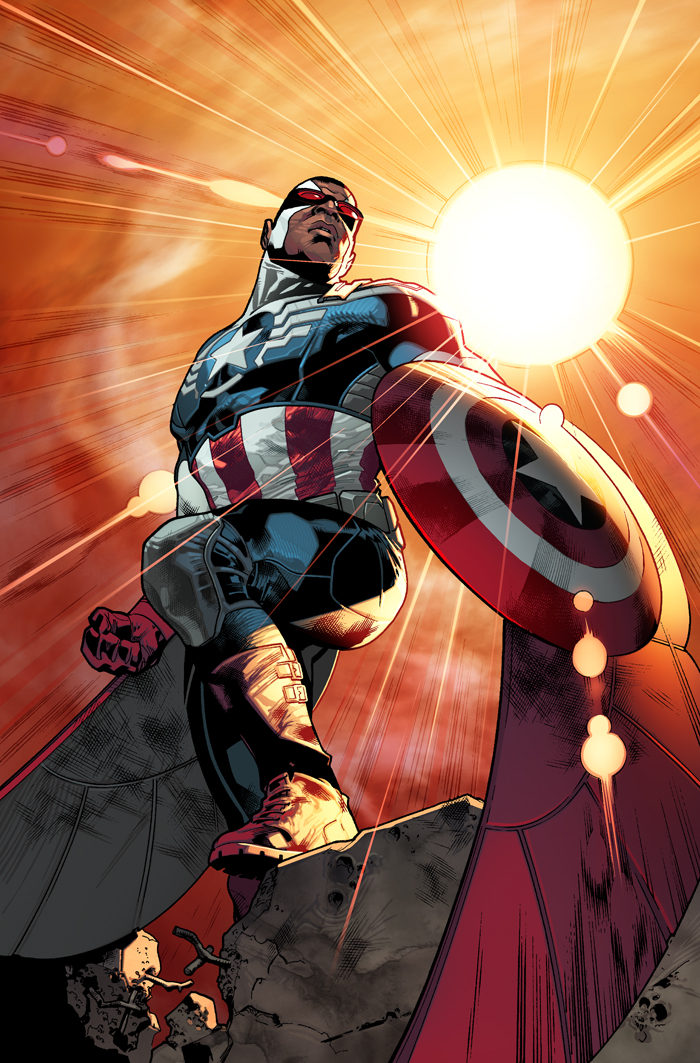