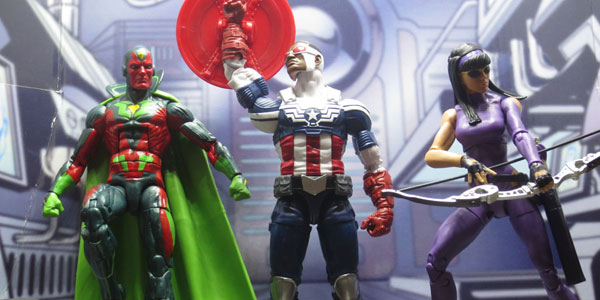 Hasbro gets modern with their latest Marvel Legends 3-pack, available now at Toys R Us.

The perpetual question with an umbrella line like Marvel Legends is, how do you decide on a look for each character?  Do you opt for classic?  Modern? Cinematic?  Whatever formula Hasbro’s Marvel team have concocted seems to be working, since for the past several years they have excelled at bolstering all three areas of their toy line.

Thanks to a new box set exclusive to Toys R Us, the Marvel Now! era of the line is expanding again, with a new Vision, Sam Wilson Captain America, and Kate Bishop Hawkeye getting the Legends treatment.  Is this set perfect?  Not really.  But these characters are awesome, and I love that Hasbro has worked them in as worthwhile Legends. 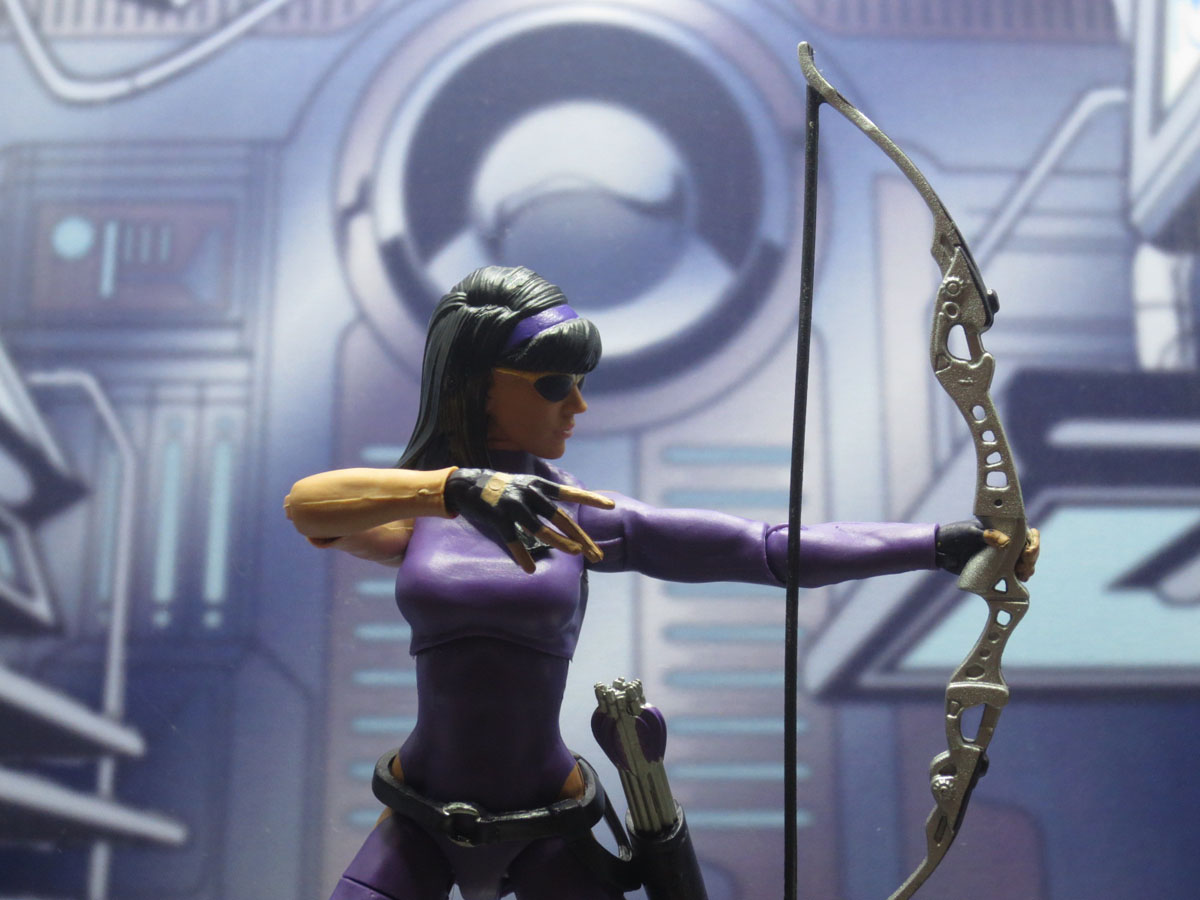 Kate Bishop is probably the best of the set.  Her streamlined purple bodysuit has a great 60s spy aesthetic, and her new headsculpt captures the character’s look perfectly with her bangs and purple sunglasses.  Bishop includes the same bow as the Clint Barton Hawkeye figure, but an all new quiver which attaches to her belt.  Overall, this Hawkeye is pretty simple, but very effective. 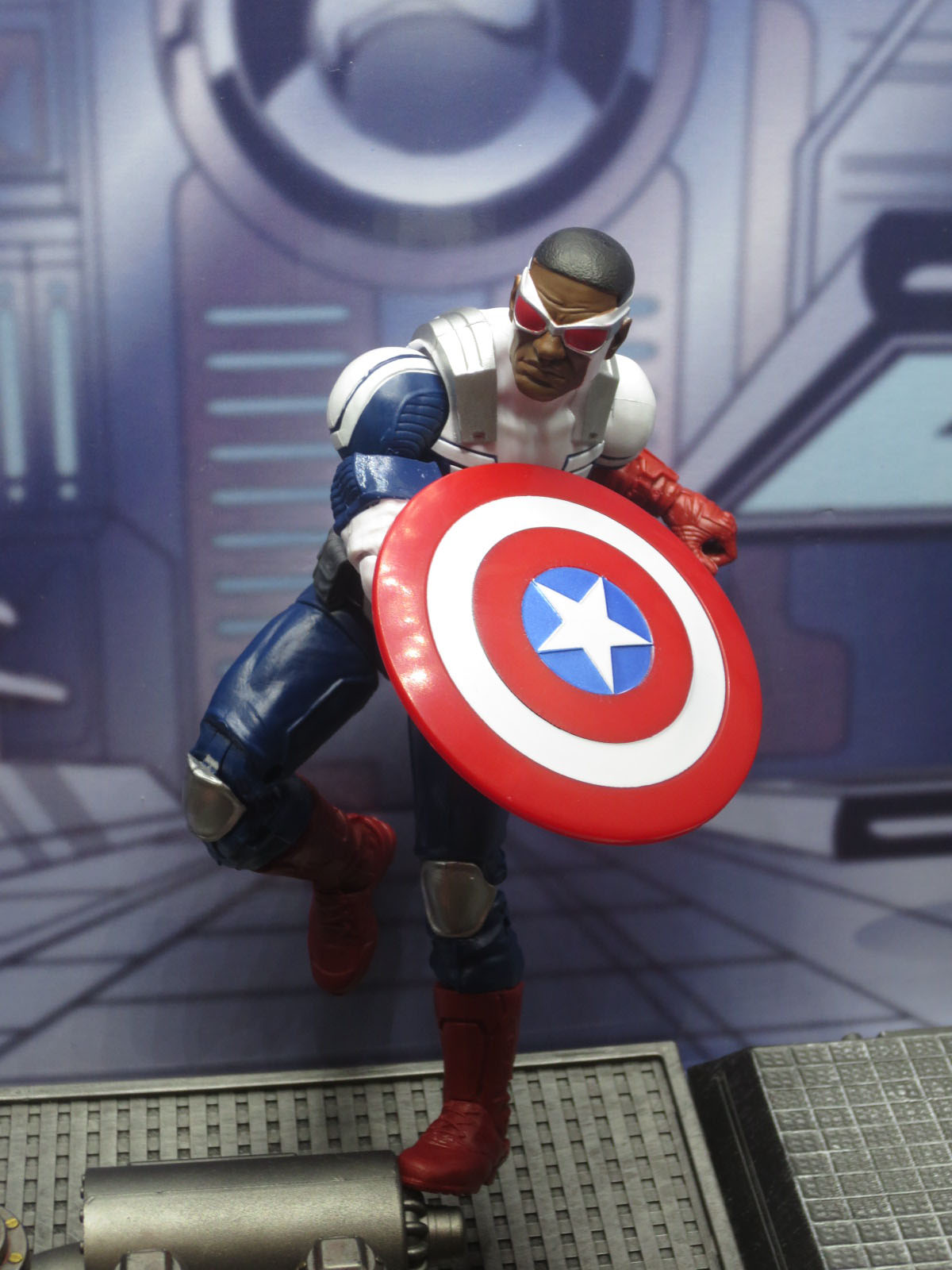 Sam Wilson is one of the more controversial Legends figures Hasbro has tackled in a while.  He’s actually the figure with the most unique tooling of this trio… but Hasbro opted to release him without his wings.  Personally, I don’t mind, especially because what we get is so good.  Wilson makes smart reuse of the fantastic Marvel Now! Steve Rogers Cap figure, with an all new head, torso, shoulders, and belt.  He’s remarkably comic accurate, and Sam’s Cap has become such an integral part of the current Marvel universe that I’m glad he’s finally been given the toy treatment. Would he be better with wings?  Sure.  But the rest of this guy is good enough that I don’t miss them at all. 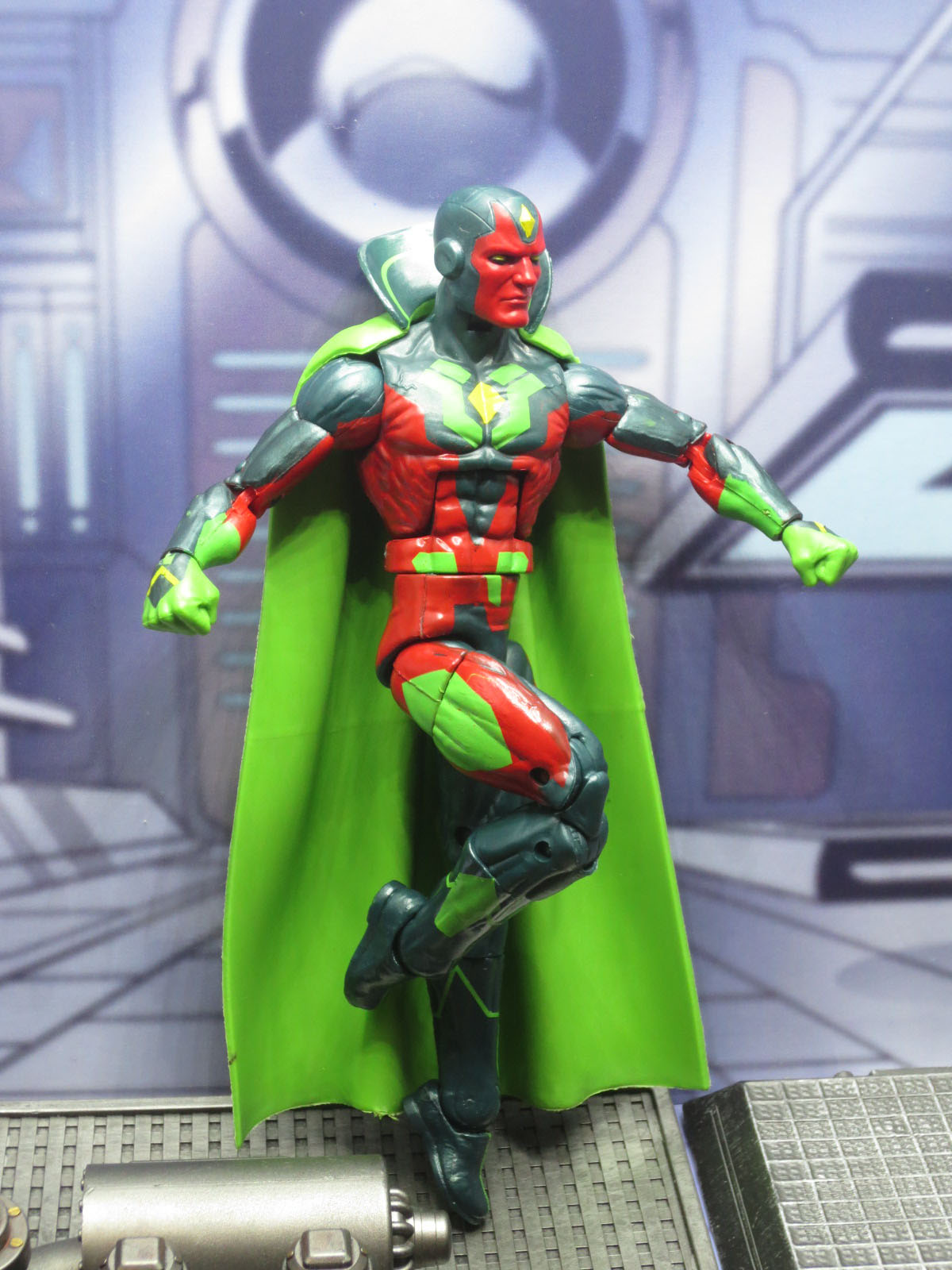 That leaves The Vision, who’s fine, but honestly a little dull.  The figure is a straight repaint of last year’s single pack release, in a new red and green costume.  The more intricate pattern of this costume is well painted, and the cape and portrait Hasbro made for Vision is nice, but it’s hard to see this dude as much more than filler.  I think I would have been fine with this being a Sam/ Kate two-pack instead.

What offsets the dullness of Vision and/ or the lack of wings for Cap is the fact that this box set is retailing for $50, ten bucks cheaper than three standard single packed Legends.  Especially considering the discount, this set still feels like a solid value, despite its slight drawbacks.  The Captain America/ Hawkeye/ Vision three-pack is showing up now at Toys R Us stores nationwide.  It comes recommended… especially if you’re into the current Marvel comic book universe. 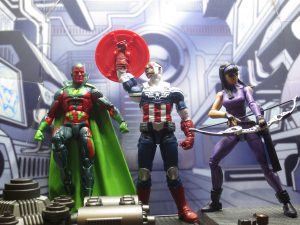 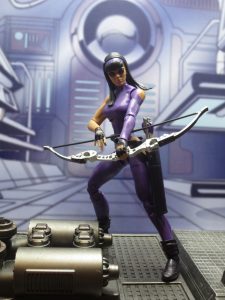 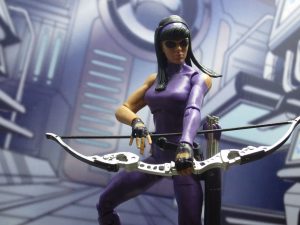 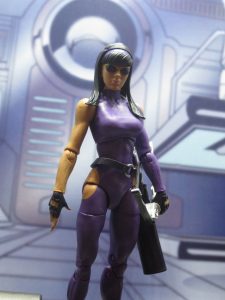 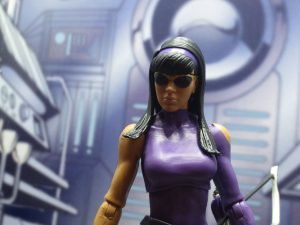 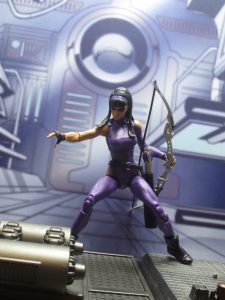 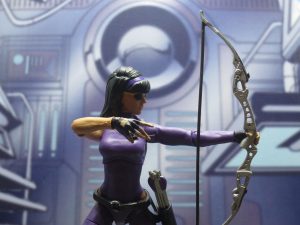 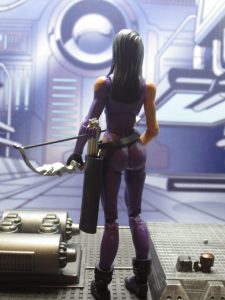 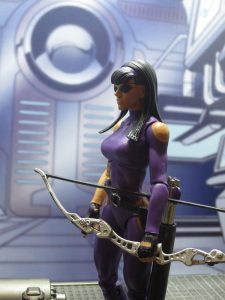 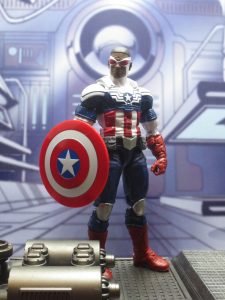 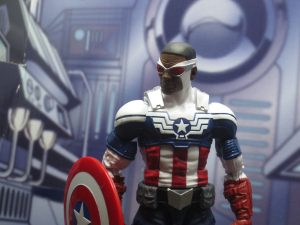 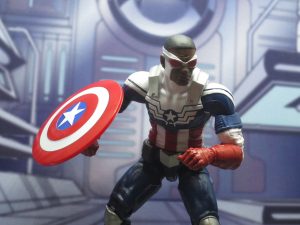 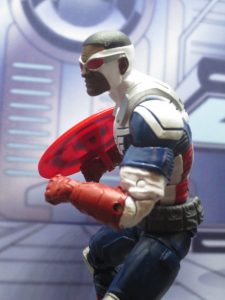 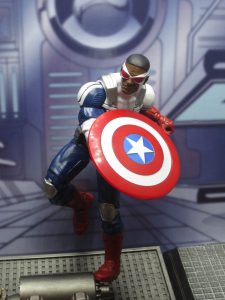 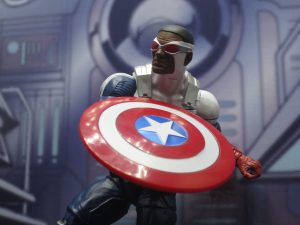 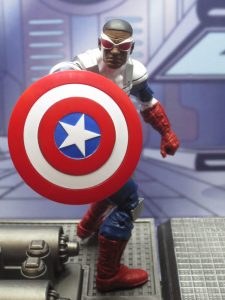 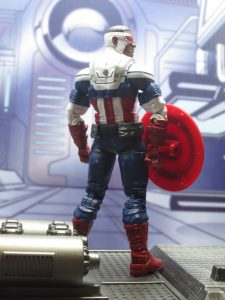 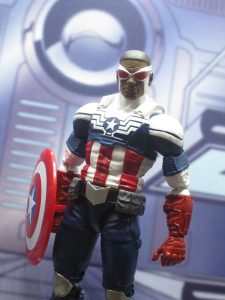 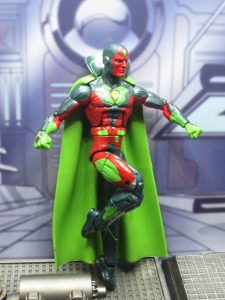 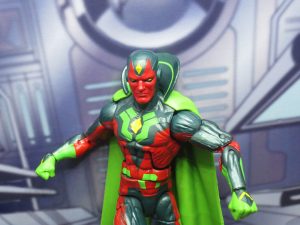 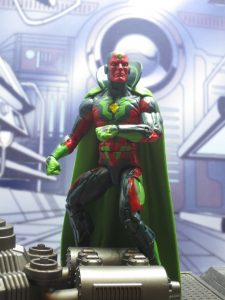 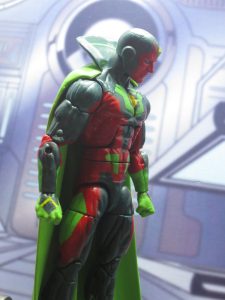 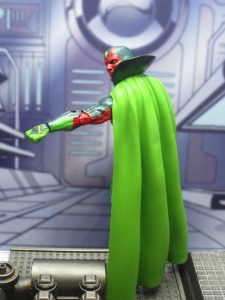 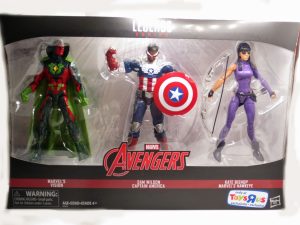 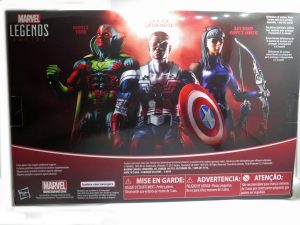 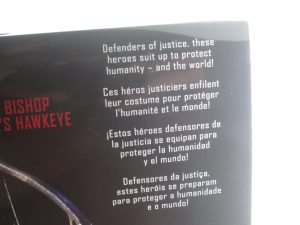