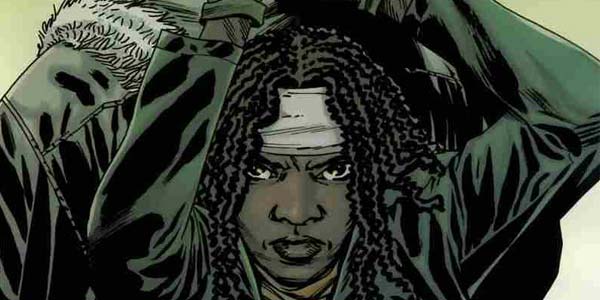 McFarlane Toys’ Walking Dead toy line keeps going strong, so it’s no surprise that we’re seeing another all new figure coming to Comic Con, as a Skybound exclusive.  Instead of a new side character like Jesus or Ezekiel, though, this year brings us an all new update on one of the core characters from Robert Kirkman’s comic series, Michonne.

The perpetual badass was certainly in need of an update– we haven’t seen a comic-inspired toy based on her since the very first Walking Dead wave years ago.  The new figure features the vastly improved sculpting and articulation we’ve come to expect from McFarlane’s contemporary line, and she should fit in perfectly with other recently released comic book figures, as she’s designed in her “All Out War” era outfit.  I’m sold! 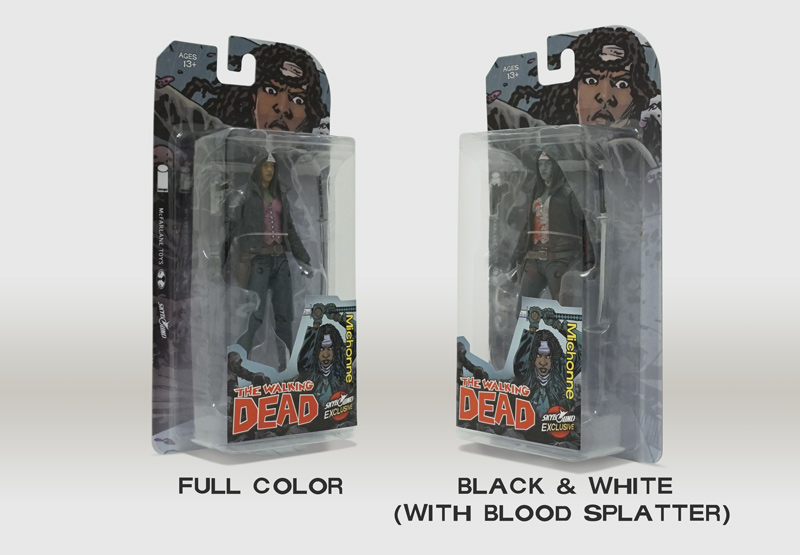 The Walking Dead Michonne Action Figure ($25)-Michonne is the next character in Skybound’s exclusive lineup of limited edition Walking Dead action figures from McFarlane Toys. This new version of Michonne comes in her All Out War-era garb with her sword and pistol and is available in full color and black & white with blood splatter. Quantities are limited.

Sjybound has a lot more to offer at Comic Con, too.  There’s a few books and other collectibles, as well as two more toys aside from the McFarlane figure.  October Toys is bringing two new PVC mini packs, continuing this awesome series, and then there’s the crossbow.  This thing is pretty cool– it’s based on the weapon used by Dwight in the comic series– and it fires foam darts.  I can’t think of better ways to spend $40, personally. 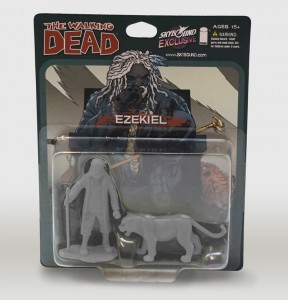 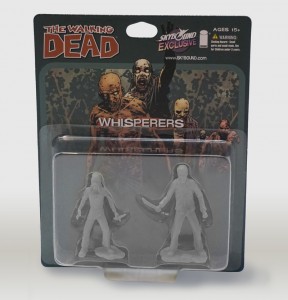 You can see even more Skybound exclusives here.  What’s got you the most excited?