Meet Yondu, Maybe Not Enemy of the Guardians of the Galaxy 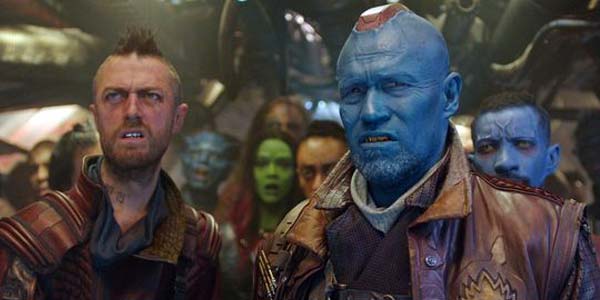 Michael Rooker opens up about his blue skinned alien from Marvel’s upcoming (and most likely awesome) movie.

Until recently, all the hype for Guardians of the Galaxy rested on our core team of misfit heroes, but the latest trailer finally gave us a look at some of the other players in the movie, including Michael Rooker’s Yondu.  And now USA Today is giving us our best look yet at the big blue guy– along with some interesting hints about who exactly Yondu will be in Marvel’s cinematic universe.

Between the rough and tumble actor playing him and the fact that he’s not a Guardian (as he was in the comics), I think many of us assumed Yondu would be a bad guy in the Guardians movie… but that may not be the case– he’s apparently a father figure of sorts to Chris Pratt’s Star Lord.

That doesn’t mean Yondu is a good guy, necessarily, but I like the idea that he has actual ties to one of our heroes beyond being a cool-looking thug.  And it’s a smart nod that this OG Guardian of the comics is something of a legacy character in the film.

Also, Marvel Studio’s wonderful design crew has done it again, realizing this alien warrior’s blue skin and red mohawk into something totally outlandish yet not campy.  Let’s face it, between his loincloth and that giant red fin, Yondu could have looked pretty laughable when translated to the big screen… But this guy?  i certainly would not mess with: 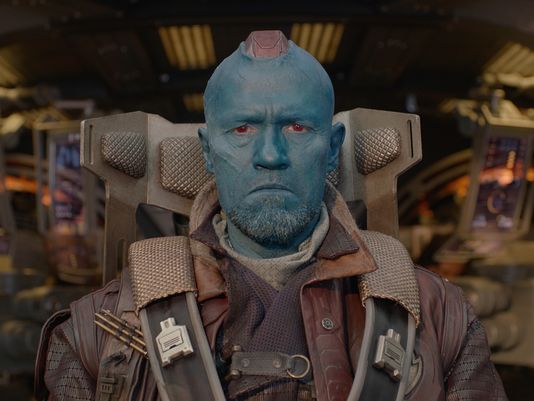