Mega Construx Revisits The MOTU Heroes of the Past 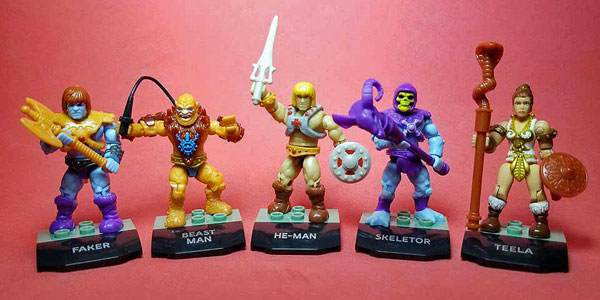 2018 was a tricky year of distribution for the Mega Construx Heroes collection. He-Man and Skeletor, the stars of Series 1, were joined by allies Teela and Beast Man in Series 2. After early shipments and Toys ‘R Us closing, carriers of the product absorbed older stock. This made Series 3’s Faker more difficult to locate. To address the popularity and the ensuing problem of locating them, Mattel has released a multipack of the first 5 Masters of the Universe Mega Construx characters.

If you are late to the party, this set gets you caught up instantly. Also, for $20, the set is a better value than the $25 it would take to find them individually. In addition, the set comes in attractive vintage-inspired packaging, and includes a fold-out booklet giving a blueprint for each figure. Unlike the figures included in the Wind Raider, these mini-figures come pre-assembled. My tired mind appreciates the assist, and seeing as they lean more toward action figures than a building kit, it’s most welcome.

One thing to mention is that though intended to be identical to the prior individual releases, there are definitely improvements in deco hits. Teela went from being not as pretty as the marketing to PRETTIER than the marketing. She has better defined lips and eyelines. Yes, you may need to comb through a few sets to find the perfect one, but the QC is much improved over its predecessors. Not to be outdone, Beast Man now has just enough blue applied on his chest to see the detail on his medallion and chain. Of the five figures in this set, these two are notable standouts. He-Man could have benefited from the silver harness and weapon deco from the one included in the Wind Raider set, but I am certain this won’t be the last time we see He-Man in the collection.

With Classics in the sunset of its lifespan, Mega Construx Masters of the Universe may be the shot in the arm fans need to be reinvigorated or reintroduced to this fantastic world, seamlessly blending magic, nature, and technology into a unique landscape all their own. This is the perfect time to jump aboard, for both the young and young-at-heart. At least four more figures are confirmed to join this series, as well as a San Diego Comic Con exclusive set. Now with new movie buzz for later this year, these MOTU sets may just disappear before you know it. 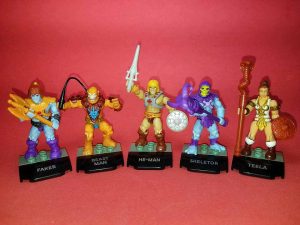 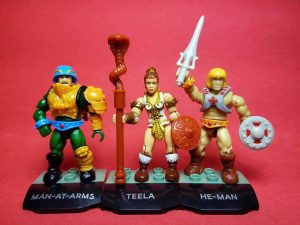 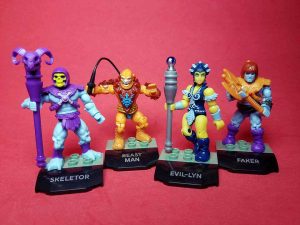 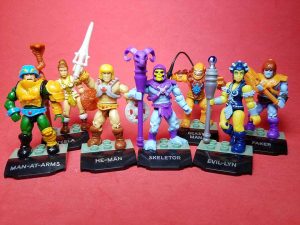