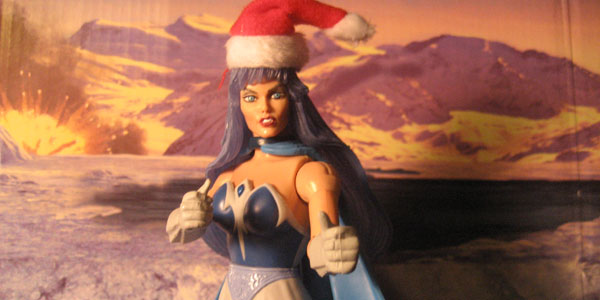 This just in from Mattycollector: Apparently the mea culpa consolation present for Frosta’s reverse forearms (Not the hair, gray color, mechanical non-functioning wand, or unpainted back, SILLY) is in the form of a free figure. Lots to speculate right now!

Is it a new figure?

Is it a previously-released piece?

Is it a repaint?

We do know it’s free. We also know it’s the first such olive branch we have seen from Mattel, so baby steps are a good thing. I would personally love for it to be Dre-Elle (Orko body with new head/flight stand), or a re-decoed Master like Camo Khan. Unfortunately, I am fairly certain Mattel will simply hand over a toy to quiet the masses while taking a bite out of their extensive MOTUC inventory in their warehouse.

I am personally hoping for a Roboto body with corrected shoulders with a fixed Snout Spout head fitted with Stinkor’s correctly-placed forearms. I would kitbash my figures and fix them in a second. My blow dryer is in hand, Matty!