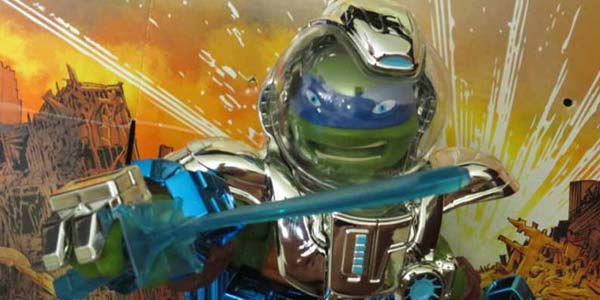 For the fourth year straight, Playmates and Nickelodeon teamed up for a Comic-Con exclusive TMNT action figure, although this year’s release broke the 5″ scale format of the past.  Measuring in at 11″, the Metal Mutants Leonardo serves as a big, bold preview of the Dimension X theme coming to the TMNT line this Fall.

Metal Mutants Leonardo depicts the Ninja Turtle in the extra-dimensional armor that will feature into the new season of the Nickelodeon animated series, with a vac metal finish exclusive to this SDCC edition.  The armor is an all new sculpt, and very well fabricated, with boots, thigh and forearm covers, a belt, a chest plate and helmet resting on top of the previously-released Storage Shell Leonardo body.

The base figure is quite accurate to Leo’s cartoon appearance, and he sports a good range of articulation, with a ball neck, hinged swivel shoulders and hips, and half-ball elbows and knees.  The articulation is slightly limited by the armor (which is, surprisingly, non-removable) but Leo can still strike a few good poses with his twin katana, which get a high tech revamp, cast in translucent blue plastic.

Leo’s armor looks appropriately comic book-y, and the metallized finish makes the silver and blue pallet pop against the Turtle’s green skin.  While much of the armor is static, the domed helmet does include a visor which can move up or down, allowing you to pose the figure’s head underneath.

The metallic armor blends very well with the translucent weapons to give this Ninja Turtle a unique sense of style.  Metal Mutants Leonardo is packed on an oversized blister card, which features some foil stamping to add to the metal theme of the figure, and I’d say the entire presentation works well.  I’m intrigued to see where the Nickelodeon show goes with the Dimension X universe, and this Leo figure serves as a cool preview of that story arc.

Thanks to Playmates for giving us the chance to shine the spotlight on their Metal Mutants Leonardo exclusive! 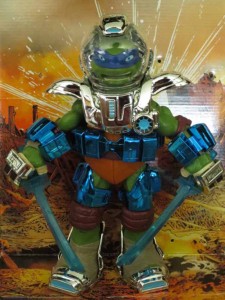 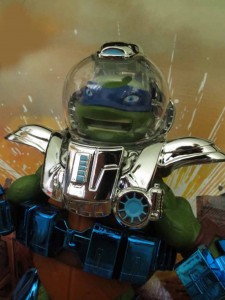 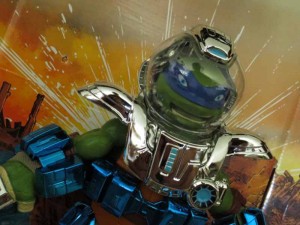 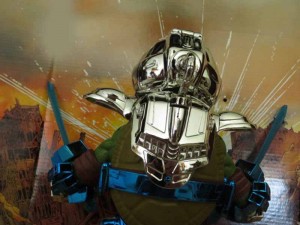 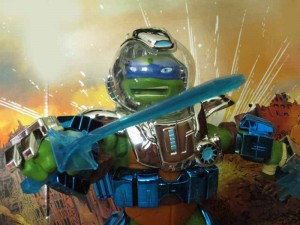 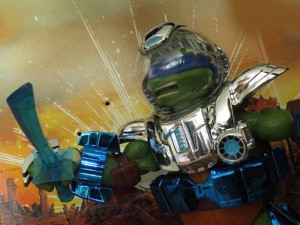 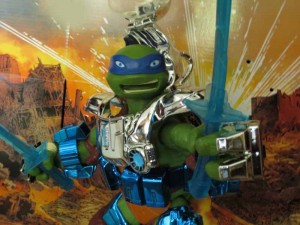 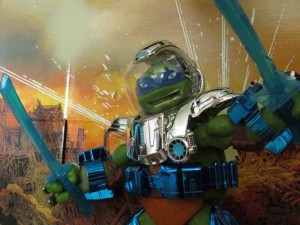 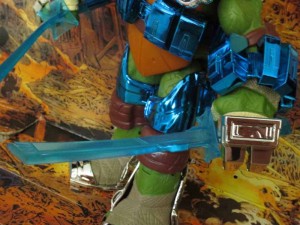 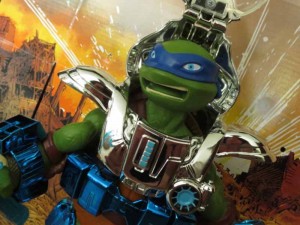 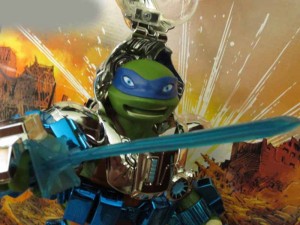 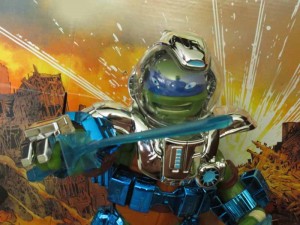 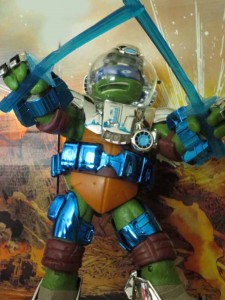 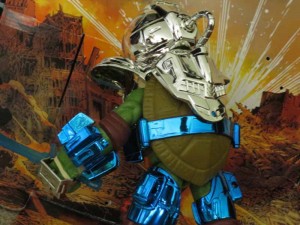 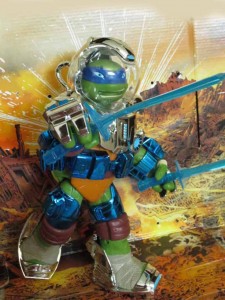 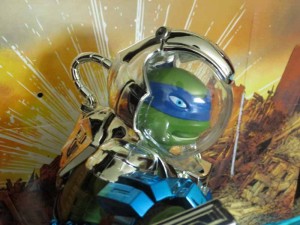 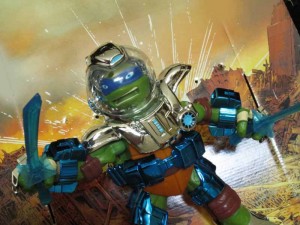 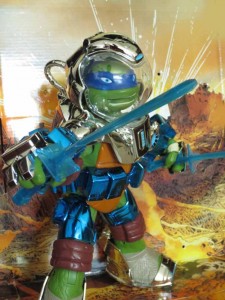 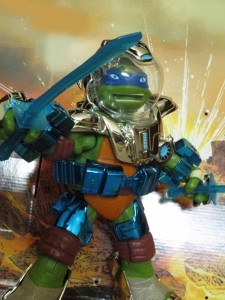 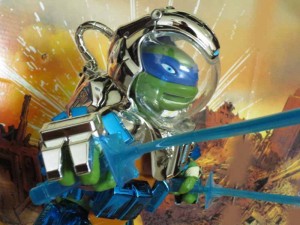