The Metroid Descends on Jakks Pacific’s World of Nintendo 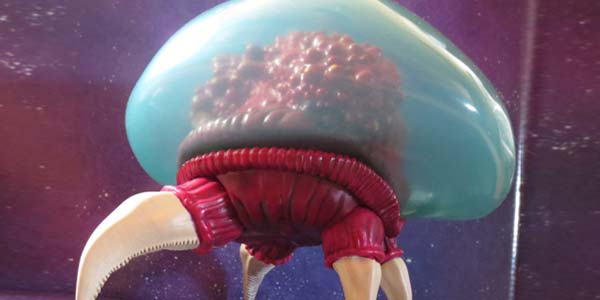 It’s a kind of exciting time to be a classic World of Nintendo fan.  For the past 30 years, we have seen very few genuine, game-accurate toy lines based on characters like Mario Bros, Legend of Zelda, Starfox or Metroid.  But that’s been changing over the past two years, as we now have both Bandai Tamashii Nation Figuarts’ fantastic line of highly articulated import figures, as well as Jakks Pacific’s World of Nintendo.  And between both lines, it’s now possible to not only assemble a near-perfect collection of toys based on these beloved game properties, but enjoy some truly cool one-off releases as well.

The Metroid– one of the recent releases from Jakks’ deluxe series– is far and away my favorite toy in the line thus far.  Featuring a detailed, all new sculpt, excellent use of materials to diversify texture, and some smart articulation, the Metroid is an unbelievably fun toy.

It’s hard to figure out a way to articulate a Metroid.  In effect, they’re just floating brain/ jellyfish creatures with four pincers on their lower halves… not exactly a design that screams “super-articulation.”  But the figure by Jakks makes a smart choice to add swivel hinges to all four pincers, allowing you to pose each claw in whatever direction you desire.  These joints are surprisingly effective in not only changing the position of the Metroid, but its general stance.  For something with no face (nor body, for that matter), this is a very expressive toy, filled with creepy alien menace.

Like the rest of the World of Nintendo collection, the Metroid’s sculpt was based directly off the digital models provided by Nintendo, which makes the sculpt very game accurate, but what I really love is the variety of textures that span the finished product.  The sinewy underside of thew creature meshes bounces off the rigid, bone-like finish of the claws, while the bio-mechanical hive-like triad of synapses in the Metroid’s head offset perfectly in comparison to the sleek, featureless dome that contains them.  The soft plastic dome is cast in translucent green plastic, and has an appropriately amorphous, almost squishy look and feel.

Scale has been one of the key focuses of Jakks’ toy line, and this is what truly makes the Metroid awesome.  It would have been possible to release this figure in a smaller size as part of the mini figure  collection, so it could fit with the basic figure Samus Aran… but instead Jakks opted to go big.  The Metroid stands about 6″ tall, and abut 8″ wide… making it, in effect, a 1:1 scale prop replica.  So while the Samus figure looks a little silly facing off against this monster, YOU can look (maybe) less silly combating the Metroid yourself.  I think it was a great decision for Jakks’ team, and makes the Metroid a truly fun and unique addition to their Nintendo series.

The Metroid has been trickling into Toys R Us stores over the past few months, along with the other new deluxe figure Ganondorf.  If you want to add either of these baddies to your collection, look for a TRU that isn’t swimming in Series One Donkey Kongs.  I’ll tell you right now, it’s worth searching for. 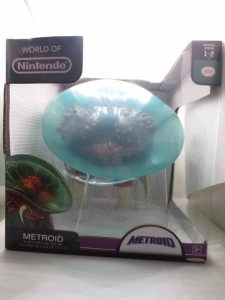 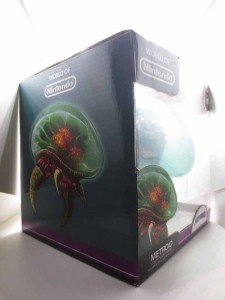 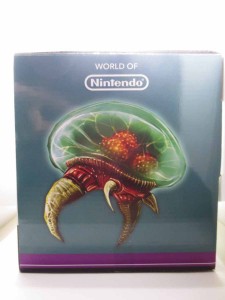 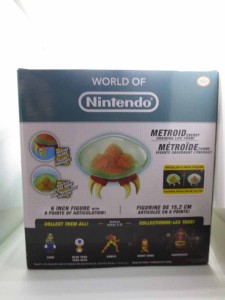 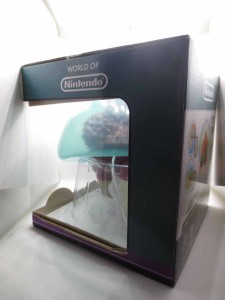 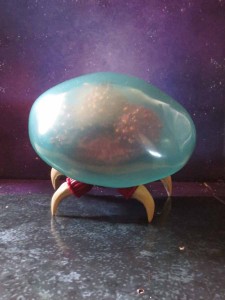 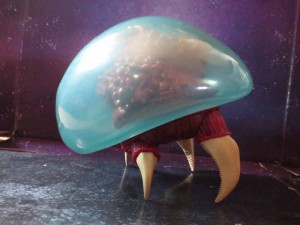 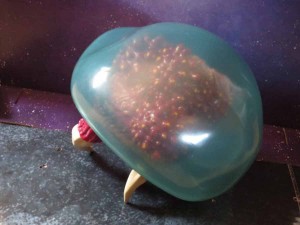 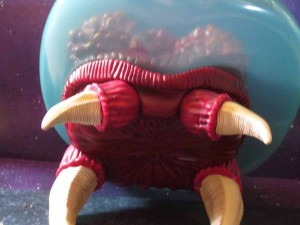 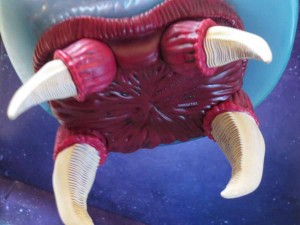 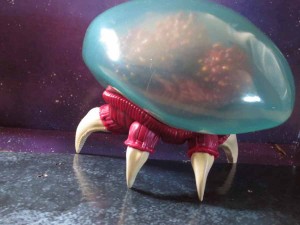 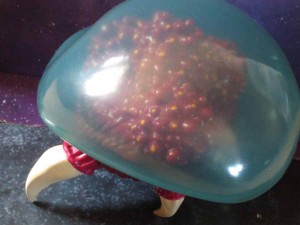 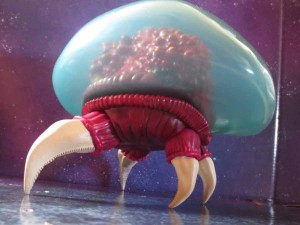 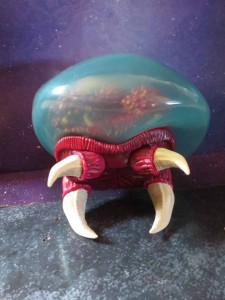 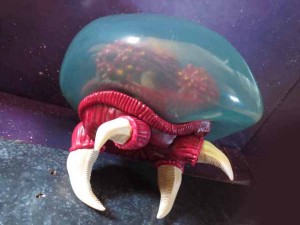 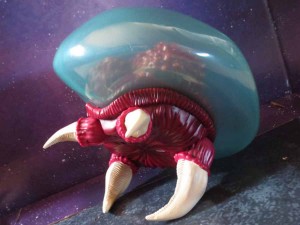 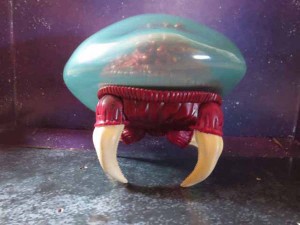 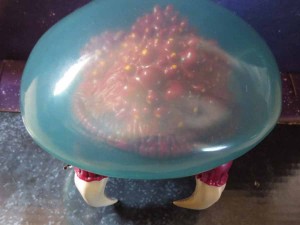 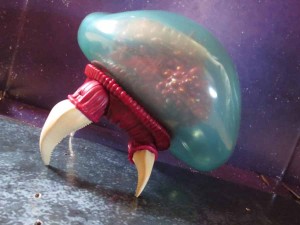 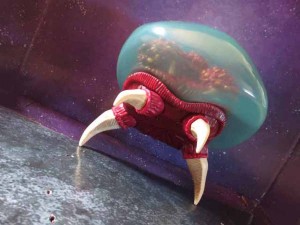 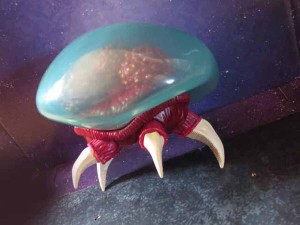