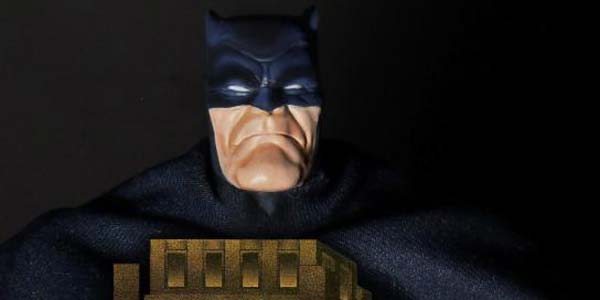 Mezco Toyz announces their most exciting toy line in years… Get all the details on The One:12 Collective, and the first release… Frank Miller’s Dark Knight Batman.

When Mezco Toyz really commits to a toy line, the results are usually stunning.  Their Hellboy action figures are still among the finest toys in my collection, and they’ve never left their place on honor in my permanent display shelf.  The last few years have seen many Mezco items steer away from articulation toward more static sculpts, but that’s all about to change with their incredibly promising One: 12 Collective.

This new series will feature 6″ scale action figures with over 30 points of articulation, as well as cloth costumes.  But don’t think these will be another Mego-esque retro series… based on the Dark Knight Returns Batman who will usher in the new toy line, these figures will be anything but retro.  Future figures in this series are slated to include more DC characters, Judge Dredd (YES) and the Universal Monsters (DOUBLE YES).  I absolutely cannot wait to check out the rest of the figures… if they’re half as promising as this Batman, then Mezco might have a real winner of a toy line on their hands.

The One:12 Collective Batman will make its debut on display at Mezco’s booth at Comic Con, and he’s slated to ship this Fall.  I’m hoping we see a few more reveals at the show, as well.  In the meantime… enjoy drooling over this Dark Knight! 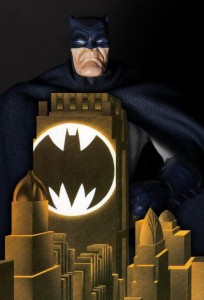 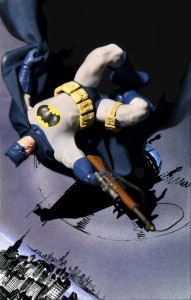 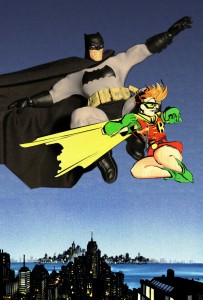 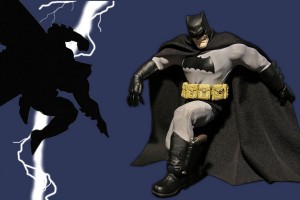 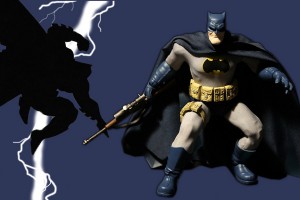 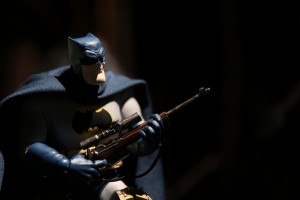 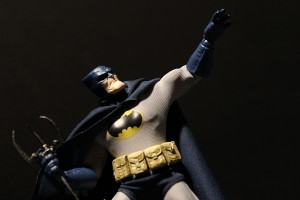