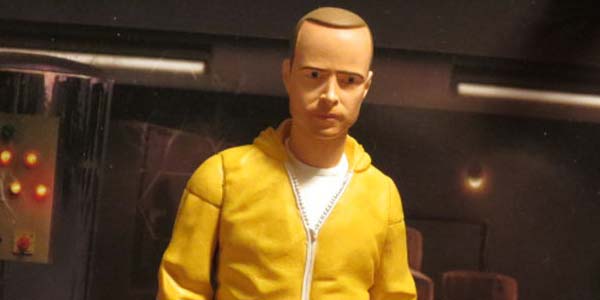 One of the figures at the heart of the Toys R Us Breaking Bad censorship firestorm is Jesse Pinkman, frequent partner and less frequent ally to Walter White.  Jesse is essentially the show’s second lead, so it makes absolute sense that Mezco Toyz would release him and I’m glad they opted for a hazmat suit to match the previously-released Walt figure.

The duo look great in their matching yellow suits, ready for the next cook… or at least they would be if they sported any articulation.  I’ll admit, I knew long before I purchased this Jesse figure that I was buying a plastic statue, and I was okay with it.  The all new sculpt is solid, with a realistic bagginess and bulk to the hazmat suit.  And the Aaron Paul portrait is quite good, probably a little more on target than the Bryan Cranston portraits we saw in the Walt figures.

But despite knowing all this ahead of time, I was still left underwhelmed by the Jesse figure.  Most of his accessories make sense– Pinkman comes packed with a chili pepper cannister which fits in his hand and a gas mask which can fit over his face or rest on his forehead.  But he also includes a tray full of blue meth, which he and Walt can do… absolutely nothing with.  An extra set or arms, posed to hold the batch of drugs would have been welcome here, or even a pose that would let Jesse interact with the piece at all.  As it stands, this important accessory is relegated to sitting on the ground next to the figures, and that’s it. 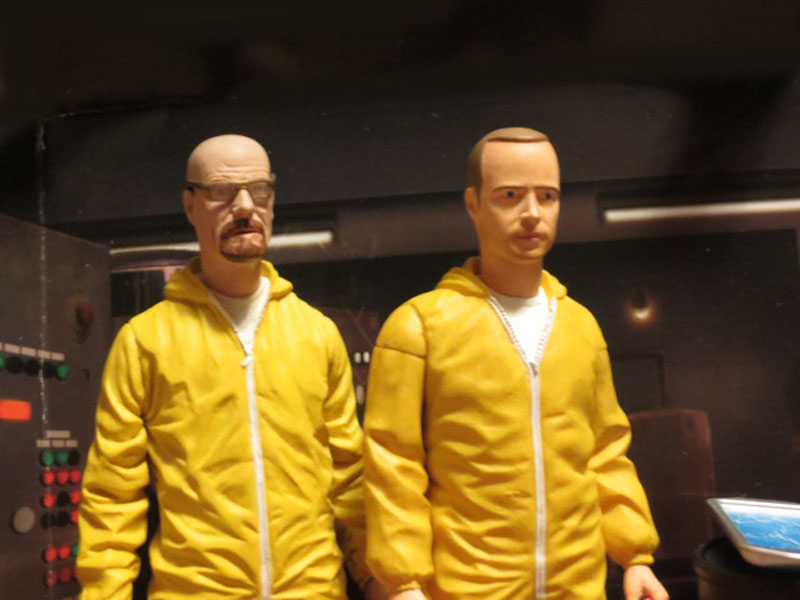 And while the sculpting on Jesse is good, there’s a weird scale issue on t he final figure not evident in the prototype– his head wound up being way too big for his body.  Despite the great likeness, Pinkman’s head is very, very large, off scale with both his own body, and the entire Walter figure, a flaw that leaves the two more disparate than I would have hoped for.

I love Breaking Bad, and as soon as Mezco announced they were releasing a Jesse figure, I knew I’d be picking him up regardless. It’s just a shame that the figure’s shortcomings keep him from feeling like a worthy addition to the series.  It would almost be less frustrating if he were just a BAD toy, but he isn’t… there is a lot to love about this figure, but the flaws that exist are quite damaging.

This all leaves us in an odd sort of situation, in that due to the manufactured controversy over Jesse and the rest of the Breaking Bad collection, I feel he will honestly be a more sought after release than he probably should be.  This means– with a newly limited amount of figures available and a mass media headline about how Toys R Us pulled him– a lot of legitimate fans, for better or worse, might not even be able to get one.

And this also means that few people who own this figure will approach him with a critical eye, which affects not just him but any of the upcoming Breaking Bad releases, as well.  After checking this figure out, I’d feel much better chalking him up as a learning experience for Mezco, in the hopes that Gustavo Fring and any other future figures can avoid the design and production pitfalls that compromised Pinkman.  Instead, the TRU controversy guarantees that conversation will be perpetually overshadowed by the latest repeat of the age-old censorship in toys debate.  And that, to me, is the real bummer of this situation. 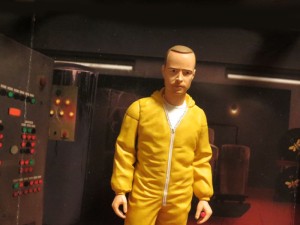 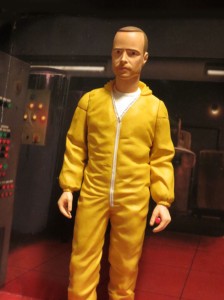 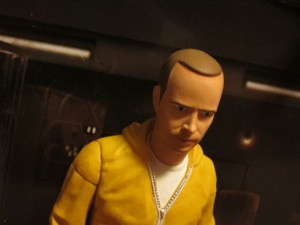 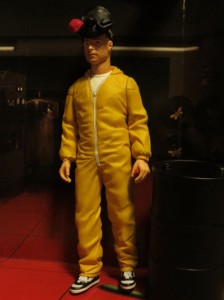 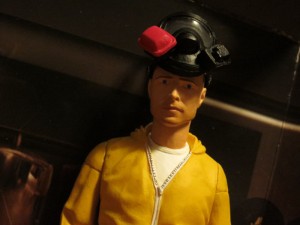 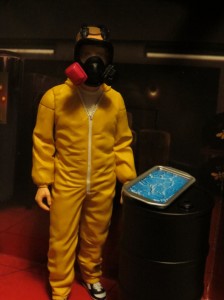 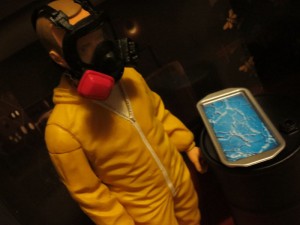 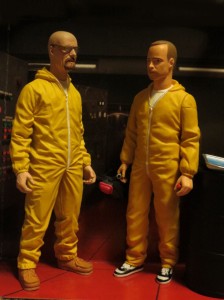 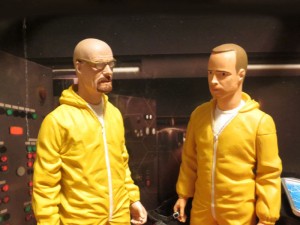 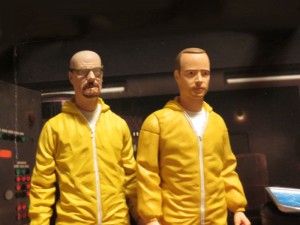 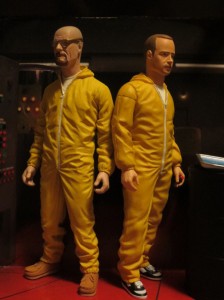 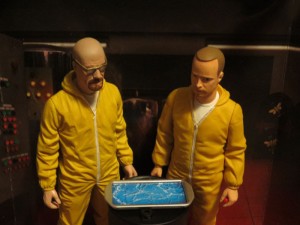 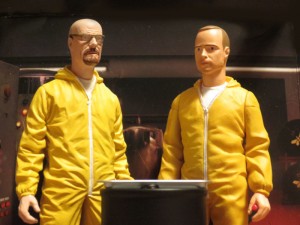 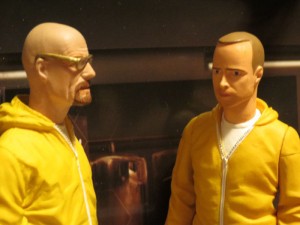 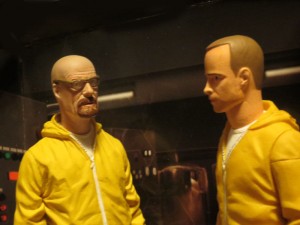 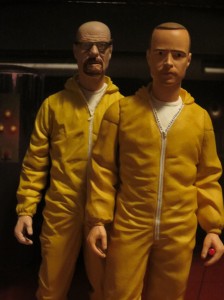 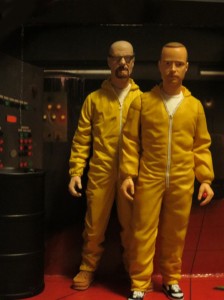 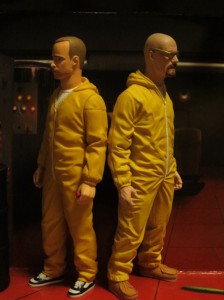 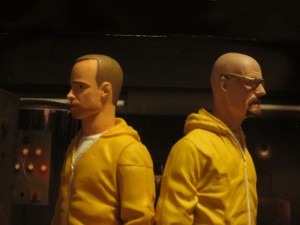 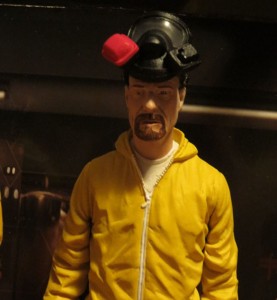