ONE:12 Wednesday Has Deathstroke In Our Sights 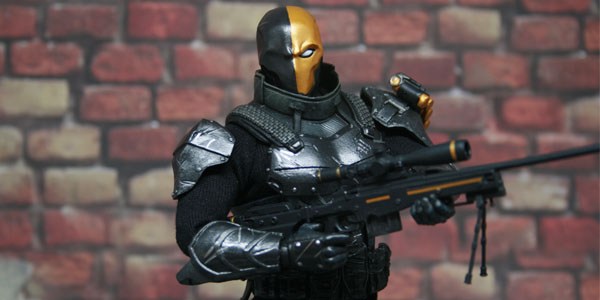 Deathstroke goes stealth with the PX version of this One:12 figure from Mezco and Previews.

One of the newest Mezco figures to join the already large list of Mezco One:12 figures is the PX version of Deathstroke. There are subtle differences between the regular version and the PX version giving this one a more sinister and stealth appearance. 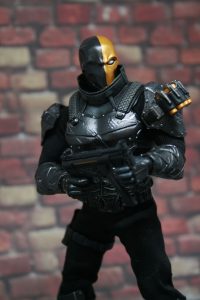 Like the original release Slade comes with both masked and unmasked options for posing and displays. Both heads have a good amount of detail that we have come to expect from this line. The masked version has some battle marks, and the unmasked shows off his age as an experienced killer. As with any of these figure when swapping any of the parts be gentle, but Slade seems sturdy. The armored plates on the costume have sculpted damage and wear to give a more realistic look, but take care with the ones at the ankle, they are prone to breakage. The holsters pouches and straps all look realistic giving more realism to an already well detailed figure. There was some concern with the costume and armor that his posing would be limited, but he is able to get into some great poses for display.

What would an assassin be without an arsenal? Included with this version are; five different guns which include a handgun, grenade launcher with two grenades which can be loaded into the gun, sniper rifle, a sword, small machine gun,a rifle and there are even extra ammo packs that can be loaded into the various guns. Sword comes with belt and scabbard that fits nicely on the figure, which does lay nicely over his armor. With six sets of hands variations and swaps are fairly easy between weapons and hands. Like previous releases included is the Mezco base and plastic clamp for jumping or flying poses. Like some of the other PX exclusives Slade comes in a tin case, insuring all the small parts stay safe and not lost around the house.

As the Mezcoalition grows finding the One:12 figures becomes more difficult, but thanks to Mike’s Comics ‘N’ Stuff getting your hands on these easier. This line continues to impress becoming one of the best toy line on the market today. final thought…..please Mezco may I have more? 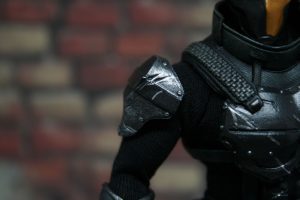 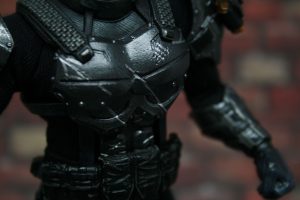 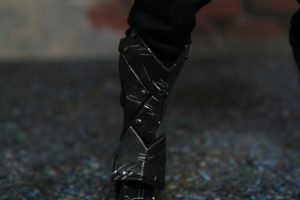 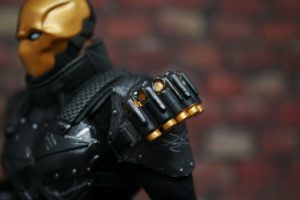 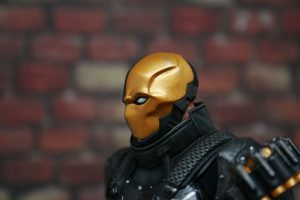 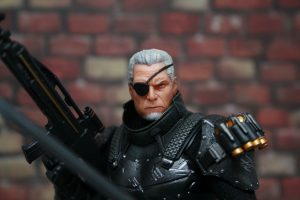 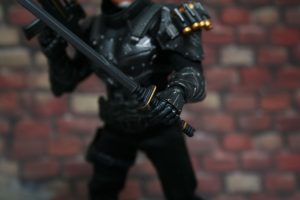 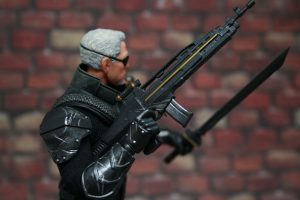 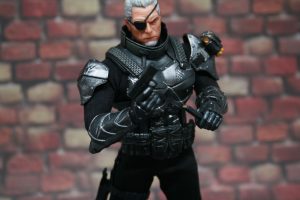 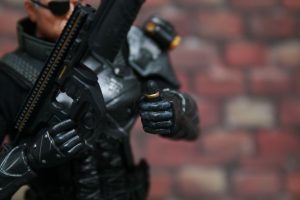 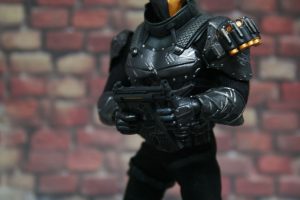 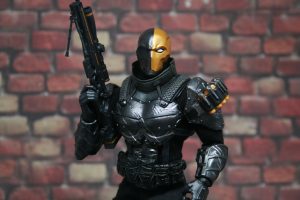 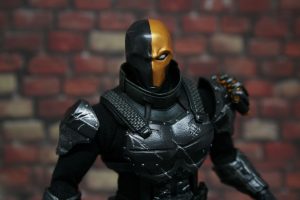 Thanks again to our sponsor, Mike’s Comics ‘N’ Stuff,  for getting this figure to us for review