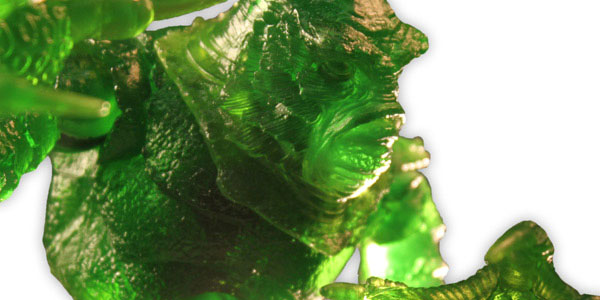 Mezco Toyz unveils a fourth version of their stylized Creature From the Black Lagoon.

Mezco’s latest stylized Universal Monster is my personal favorite… the Creature From the Black Lagoon!  The Gill Man has seen three versions released thus far– a standard figure, a grayscale black and white edition, and a glow-in-the-dark variant– and now we will see a fourth deco on the figure this Fall.

The latest Creature is cast in translucent green plastic, and he looks quite cool that way.  Like the past variants he’s extremely limited (100 pieces), and is for sale on Mezco’s website… as well as New York Comic Con this October.  So you’ve got a few chances to land this sea beast for yourself, as long as you act quickly.

Mezco’s award-winning design team journeyed deep into the unexplored depths of the Amazon jungle searching for fossils…instead they discovered The Creature! Mezco Toyz brings to life The Creature, from Universal’s sci-fi, horror gem, The Creature From The Black Lagoon.

This Creature variant is cast in Translucent Green material.
The iconic scaled terror from the deep stands 9″ tall and captures the intricate detail of the pre-historic gill-man; from his mysterious amphibious eyes, to his claw tipped webbed hands.

With 11 points of articulation he’ll be able to take out any scientist who dares to come between him and his true love.
The Creature is packaged in a full color, collector friendly window box perfect for display.
This Mezco Summer Exclusive is a Limited Edition of 100 pieces and is available online at http://www.mezcotoyz.com/creature-from-the-black-lagoon-9inch-translucent-green-variant as well as at New York Comic Con, October 10-13. 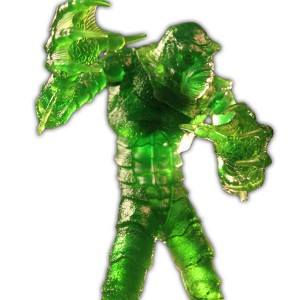 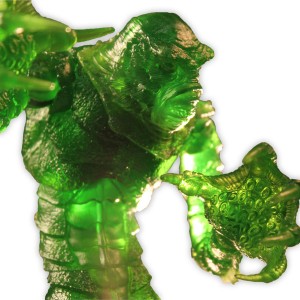 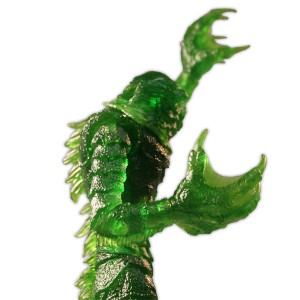 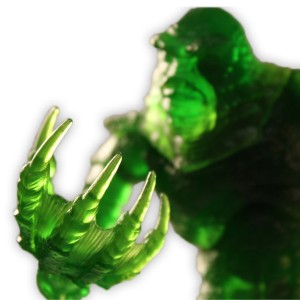 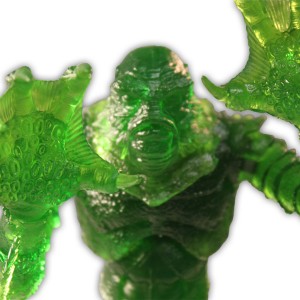