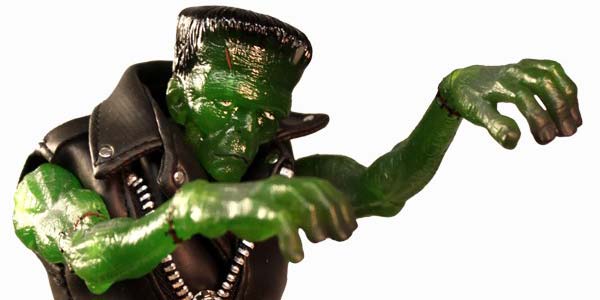 Mezco gets creative with a new “rebel” version of their great rotocast Frankenstein.

There seems to be a trend in this year’s batch of Comic Con exclusives, further away from core characters and fan demanded toys, toward more fun, creative one-off concepts.  I really like that, since it makes the Con exclusives special, without bumming too many people out if they don’t have the chance to get them.

Mezco Toyz is on that same wavelength with their first SDCC release, which they’re calling Rebel Frankenstein.  Based on their previously released (and wonderful) rotocast Frankenstein figure, this new version sees frank ditch the tattered jacket for a leather biker vest, bringing echoes of Sons of Anarchy into this Universal Monster’s wardrobe.

It’s silly, and creative and I think the final product looks great!  I want more of this type of Con exclusive– neat, fun, and well done… but not really necessary to make a collection feel “complete.”

Of course, it doesn’t matter as much with Mezco, because they’re always great at making sure anybody can get their exclusives… Rebel Frank and the rest of their 2014 exclusives will go up for preorder on June 13th–over a month before Comic Con– so even if you’re not hitting San Diego, you’ll have ample opportunity to add this mean monster to your collection.

Here’s some images and info on Rebel Frankenstein straight from Mezco: 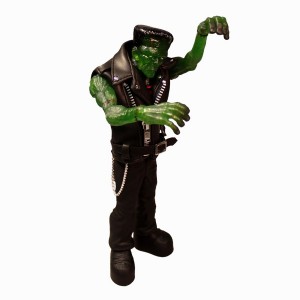 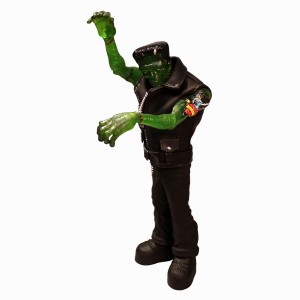 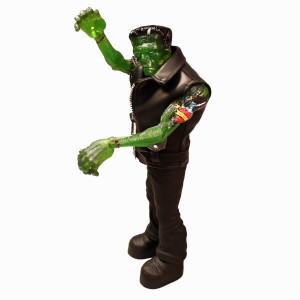 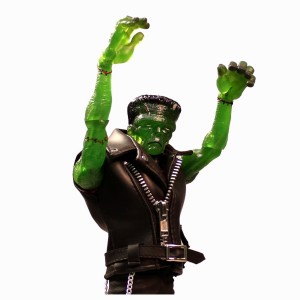 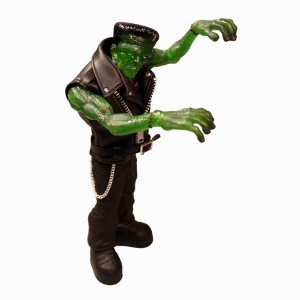 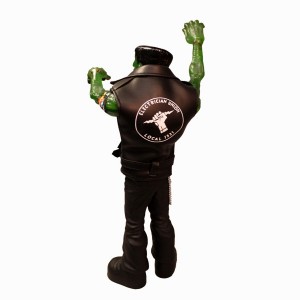 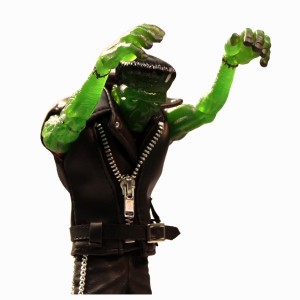 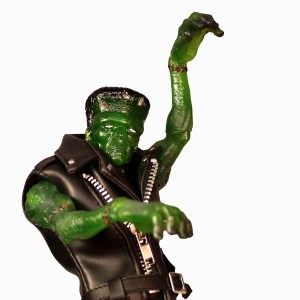 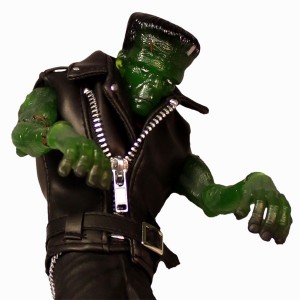 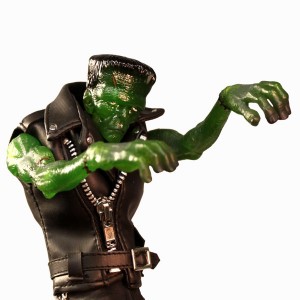 Under the full moon on a quiet yet treacherous mountain pass, a single headlight pierces the inky darkness. An engine roars. Tires squeal. A solitary figure speeds past; all the girls want him, all the guys want to be him, and one scientist wants him to get back to the lab ASAP. He is the Rebel Frankenstein.

Assembled on the wrong side of the lab, this Frankenstein has attitude! He stands a monstrous 9″ tall and features a sleeveless leather vest with his insignia, a real metal wallet chain on his belt, and a tattoo on his bicep.

This limited edition monster is cast in a mysteriously translucent green plastic and features ten points of articulation.

This Mezco Summer Exclusive is a Limited Edition. A limited amount are available online at http://www.mezcotoyz.com/rebel-frankenstein, beginning June 13th, but don’t delay because once they are gone, they are gone forever!

Be sure to visit Mezco at San Diego Comic Con.