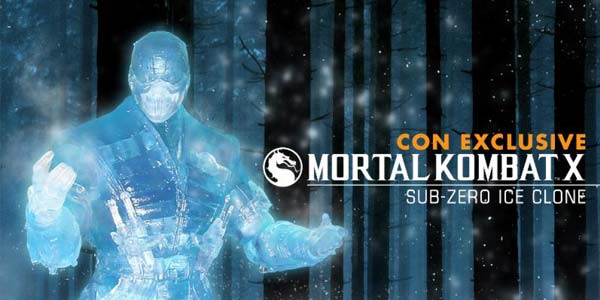 An Ice Clone variant of the Mortal Kombat X character will be available at this year’s Comic Con.

Mezco Toyz’s Mortal Kombat X toy line kicks off this summer, and they are bringing an exclusive variant figure to SDCC in July.  The Ice Clone Sub Zero figure takes the same highly detailed, super poseable figure, now cast in translucent blue plastic to replicate one of the decoys the Kombatant uses in battle.  It’s a smart variant, and he looks cool (no pun intended, I promise you)!

There has been rumblings that Mezco was also planning a Mortal Kombat Klassics One:12 exclusive for Comic Con… while there is no confirmation on that rumor yet, we know we’re getting at least one MK-themed exclusive at the show.

As always, Mezco is also throwing a bone to non-SDCC attendees who would like to add this figure to their collections.  A limited amount of Sub Zero figures will be available for preorder on Mezco’s website starting May 12th, which will ship after Comic Con later this year.  It’s become such a colossal (and expensive) pain in the ass to get to Comic Con these days, so I’m always a huge advocate for the companies that are willing to work with their fans and give the rest of us a chance to pick up the exclusives.

Mezco will likely reveal more SDCC exclusives in the near future, but in the meantime, you can check out more details on the Ice Clone Sub Zero below:

This assassin is the steeliest of all Mortal Kombat characters, and now Mezco pays tribute to one of his most fiendish moves; the Ice Clone.

To ensure a game accurate likeness, correct to the finest detail, Mezco’s award-winning design team has digitally sculpted the figure using the digital files from the game developers themselves. This special limited edition version is cast in a unique translucent blue that replicates the ice blue effect seen in the game.

Sub-Zero’s ice clone comes with his game accurate ice ball and ice daggers, as well as a set of alternate hands. All the accessories in the limited edition version are cast in matching translucent ice blue color.

This 6inch scale version features 23 points of articulation, many with ball joints, allowing him to recreate all the moves and poses that have made him part of gaming legend.

Only a limited number of these figures are available, so get yours while you can at http://www.mezcotoyz.com/exclusives/… but don’t delay because once they are gone, they are gone forever! Be sure to visit Mezco at San Diego Comic Con at booth 3445. 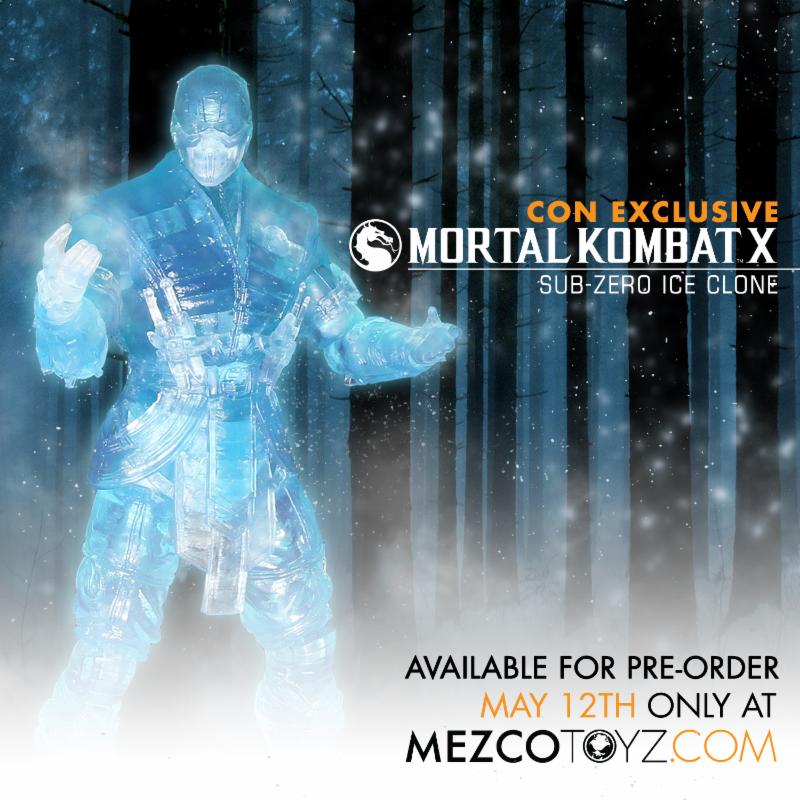