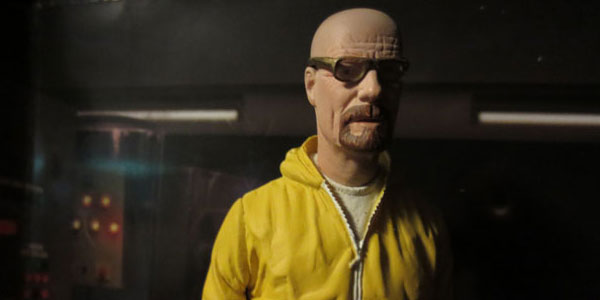 Mezco Toyz’ debut Breaking Bad figure looks amazing, with cool accessories and an amazing sculpt.  But the figure’s lack of articulation limits what you can do with him.

I’ve been eagerly awaiting the launch of Mezco Toyz’ Breaking Bad collection since it was announced at the top of the year, and the first figure– a Comic Con exclusive edition of Walter White in his yellow “cook suit”– makes a great way to kick off the series.  The figure looks fantastic, with a wonderful portrait of Bryan Cranston that captures each weathered wrinkle and hidden wave of rage on his face.  The figure also features removable glasses which fit very well on his face, among other accessories such as an oil drum, three flasks and, only in this Comic Con edition, Walt’s makeshift fly swatter from his insect encounter in the meth lab.

Walt clocks in at just about 6″, and he’s depicted in his yellow hazmat suit, with the hood draped down along his back. It’s a nice, iconic look for the first figure in this series, but the one, major disappointment I had was the articulation– there’s none.  When the figure was first revealed, it was obvious he wouldn’t have many moving parts, which is fine– I mean, does anyone really need a super-articulated cancer-suffering teacher turned meth dealer?  But I assumed he’d have at least a few points of articulation, like head, arms and waist… essentially he’s a plastic statue, albeit a good looking one, but I feel like this is a missed opportunity.

Typically I’m against pre-posed figures, but I feel that a mid-action pose would have benefitted Walter’s lack of articulation.  If his arms had been posed to hold his accessories, he’d strike a considerably more interesting pose than standing neutral and non-poseable.  I’m glad I got this version, because at least the fly swatter looks great hanging down from his hand, but I feel that a more dynamic pose would have offset the lack of articulation.

Still, I’m sure most people will keep Walt on their desk and not dealing meth to Superman and Luke Skywalker (like I will), so I guess having him just stand there won’t affect most collectors.  The other great thing about the Comic Con edition is the packaging.  Walt is packed in a very nice looking window box, complete with a fly decal on the window, which is remarkably compact (always a plus for transporting home from Comic Con).  And the package includes an outer slip cover featuring the Los Pollos Hermanos logo, which ups the cool factor even more.

I was let down by the complete lack of articulation, but Mezco’s first Walter White remains a great looking figure.  The accessories and nice packaging enhance the overall experience, the likeness to Bryan Cranston is fantastic, and the source material is one of the best shows on TV.  If future figures can add some articulation to the equation, I feel Mezco’s Breaking Bad collection could become something really, really special. 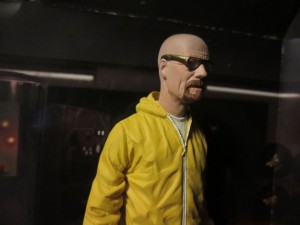 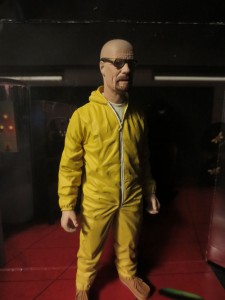 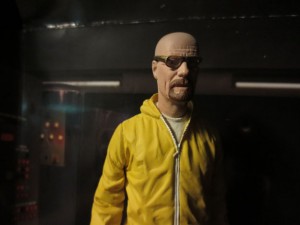 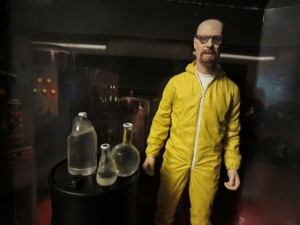 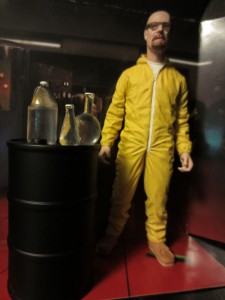 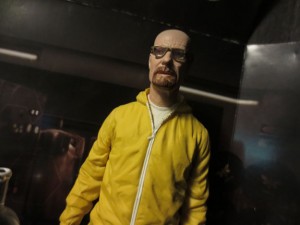 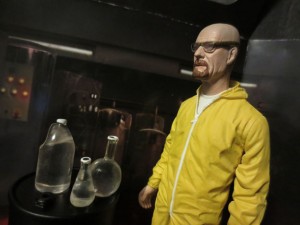 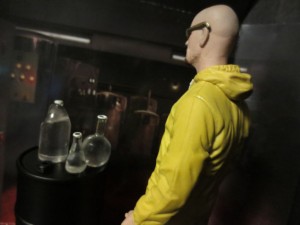 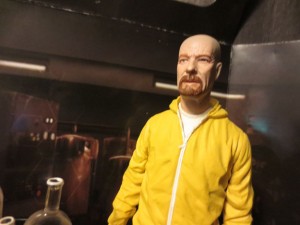 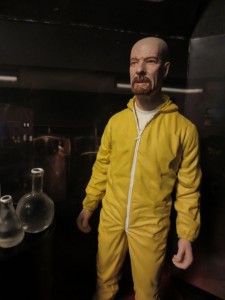 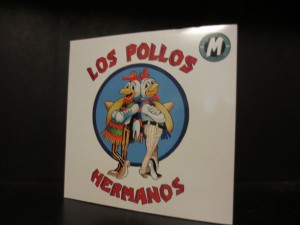 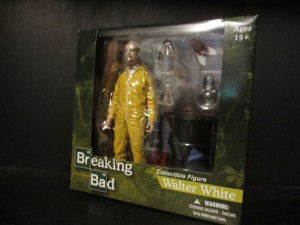