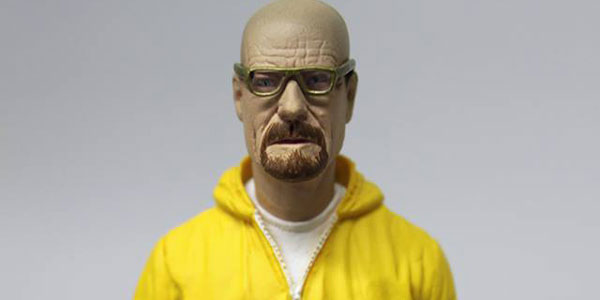 We’ve known since Toy Fair that Mezco Toyz would be releasing toys and action figures based on AMC’s incredible Breaking Bad, and now we get official word that one of the toymaker’s San Diego Comic Con exclusives will be Walter in his yellow hazmat suit.

Based on these first pics, the figure looks great (although I’m sad to see the apparent lack of articulation)… the portrait definitely looks like Bryan Cranston, and the accessories– from the makeshift fly swatter to the oil drum– should make every BB fan cringe with excitement.

If you cannot go to San Diego this Summer, don’t worry– Mezco Toyz is already offering preorders for this guy via their website (Click Here to order yours today).  Also, since this Walt is being labeled as “deluxe,” I’m fairly positive we will see a standard version hit retail this Fall, likely with less cool accessories (and lacking that killer Pollos Hermanos display box).

New York- As the world of fandom collectively counts down to the July 18th start of San Diego Comic-Con International 2013, Mezco adds fuel to the flames of excitement by revealing the details of one of their Summer Exclusives:

The whole set is discreetly packaged in a collector-friendly package with a Los Pollos Hermanos slipcover you can’t get anywhere else.

This Mezco Summer Exclusive is a Limited Edition of 1500 pieces. A limited amount are available online at http://www.mezcotoyz.com/exclusives/, but don’t delay because once they are gone, they are gone forever!

Be sure to visit Mezco at San Diego Comic Con at booth 3445. 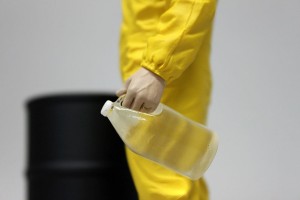 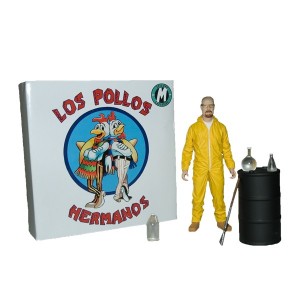 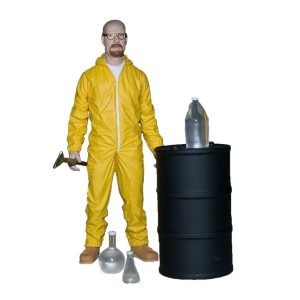 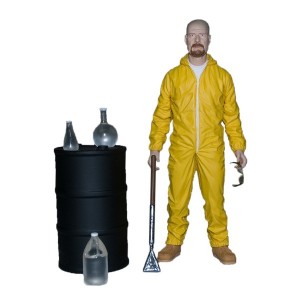 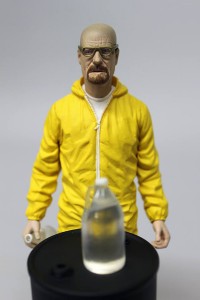