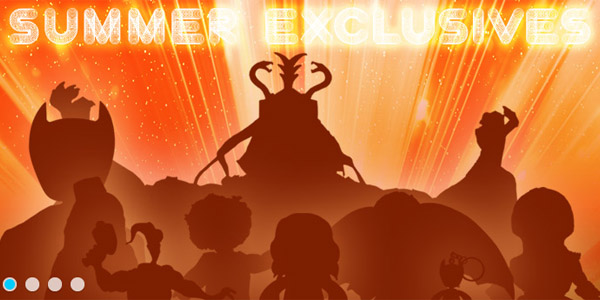 Mezco Toyz has relaunched their website, and with it revealed a whole slew of Summer exclusives which will make their debut at Comic Con in just a few weeks.  Get all the details on Mezco’s 2012 Con lineup…

Mezco Toyz is cutting it a little close with the reveal of their Comic Con exclusives, with the show going down in just about two weeks. But as they say, better late than never… and that definitely applies to their 2012 offerings.

With three different scales each getting their own exclusive, there’s lots for DC Mez-it fans to be stoked about this year, plus a slick metallic version of the Earthworm Jim figure that I’m still dying to check out in person.  On top of that, we’re getting another large-scale Thundercats exclusive to compliment last year’s Lion-O… and this new Mumm-Ra is totally awesome, as he includes not only a cool glow-in-the-dark finish, but also an exclusive mummy form figure that’s in scale.  Especially with Bandai’s Thundercats line still in limbo, this badass super-sized Mumm-Ra should help tide over starving T-Cats fans.

Check out all of Mezco’s 2012 Summer Con exclusives: 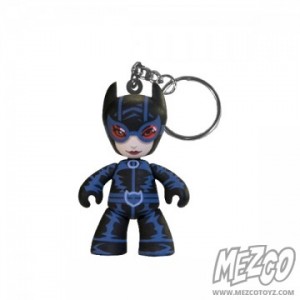 This feline fatale was voted #11 on the list of Best Villains ever, yet she still holds the key to Batman’s heart…or does she?Catwoman stands 2inches tall and features 5 points of articulation and a sturdy metal clasp. This is a non-numbered limited edition item. Edition size TBD. 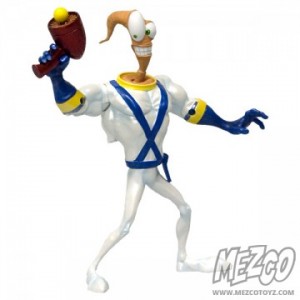 Evildoers beware as Mezco brings the intergalactic hero Earthworm Jim to life as an articulated figure! Jim comes complete with a game-accurate plasma blaster as well as his famous ultra-high-tech-indestructible-super-space-cyber-suit. The 6inch scale Earthworm Jim features 8 points of articulation. He comes complete not only with his plasma blaster, but with an alternate “bendy” unsuited worm body as well. This is a non-numbered limited edition item. Edition size TBD. 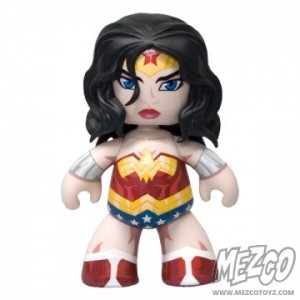 The Princess of the Amazons stands 6inches tall and features 5 points of articulation and a 1000 points of fun. This Summer Exclusive version features an exclusive metallic paint job and a real rope Lasso of Truth. This is a non-numbered limited edition item. Edition size TBD.

DC SUPER HEROES and all related characters and elements are trademarks of and (c) DC Comics. (s11). 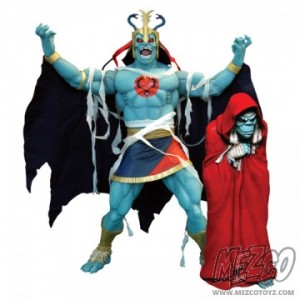 Normally old and decrepit, he transforms himself into the powerful Mumm-Ra the Ever Living by reciting the incantation “Ancient spirits of evil, transform this decayed form to Mumm-Ra, the Ever-Living!” Based on the the original animated series, this mega-scale figure is 14″ of evil ancient fury!

Mezco’s Mumm-Ra is superbly detailed, perfectly capturing not only the iconic look of Mumm-Ra the Ever Living as he appeared in the classic television series, but the essence of his villainy as he spreads his arms wide and swears to destroy Lion-O.

Mumm-Ra features 8 points of articulation as well as a real cloth cape and bandages. Both come packaged together in an oversized collector friendly box. This is a non-numbered limited edition item. Edition size TBD. 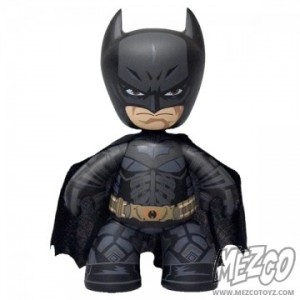 This 300% Batman Mez-Itz™ is based on Batman’s look from the award winning blockbuster trio of films from Christopher Nolan. He measures 20″ from the tip of his ears to the soles of his bat-boots and features a real cloth black cape. Just like the standard Mez-Itz™, he features 5 points of articulation and 1000 points of fun. Mez-Itz™ Mega Scale Batman is securely packed in a sturdy full color box (the size of a dorm fridge). This is a non-numbered limited edition item. Edition size TBD. 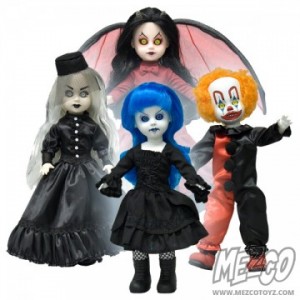 The latest dolls to be reimagined for the collection are:

Demonique – With the wings of a night creature
Blue – With an elaborate new outfit
Schitzo – With reimagined facepaint and a shocking new hairstyle
Ms. Eerie – With a stylish new hat and period dress

All four feature glass like eyes that seem to peer into your very soul. Each member of this limited edition quartet of the damned comes with its own death certificate, and entombed in its own coffin. This is a non-numbered limited edition item of 300 sets worldwide.